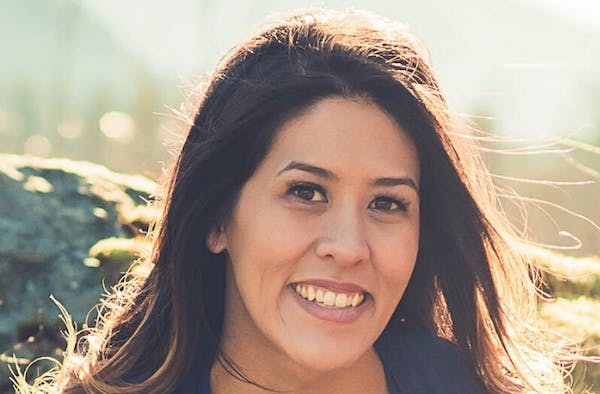 I heard his first cry and they set his goopy body on my stomach. I was already scanning his newborn features. Does he look like me? I couldn't help but compare him to my first born. This time there was no thick head of black hair. His nose and lips were different. Does he look like me at all? I'm disappointed, and I feel awful for feeling disappointed. I have a healthy and beautiful baby boy. What is there to be sad about? I already have one son who looks enough like me. At least you can tell he is mine, that we belong. Isn't that enough?

I had teased my husband that if our firstborn didn't look like me, we'd have to have a second. So when he was born with his glorious black hair, just like my baby pictures, I was thrilled. Three years later, I see we have similar noses and mouths and chins. Shouldn't that be enough? Well, we decided to have a second child anyway for better reasons than my vanity, and here he is so precious, so different from his brother, from me.

My mom comes to meet her newest grandchild. Now four weeks old, my brother is here too, and they start talking about family traits as families tend to do. I know how the conversation goes. Identifying who got whose nose. It's just silly talk of appearances, yet it reaffirms how they belong to one another, an age old family pastime I could never take part in. A conversation I was always left out of. Until now, I had hoped when I had my own kids, my own flesh and blood. I might not know whose nose I have, but they will know and I'll be a part of that conversation.

But their DNA is only partly mine and the DNA I carry could technically express itself in an unknown number of variations, right? Still, I hold my infant son and scan his face as he grows. Are his lips and chin taking a familiar shape? Will his hair come in darker or lighter? God, I love his face. He is mine through and through, and he is beautiful. Even so, the question is there and I'm a little afraid of the answer. I'm bothered that it seems to matter so much. Still, I imagine and hope and look for signs and silently I wonder. So secretly, in fact, it's like I'm trying to hide the question from myself. Will he look like me?