There is a growing body of research and evidence that makes clear that children’s racial sensibilities begin to form in infancy, that almost all children develop racial and other biases by kindergarten, and that those biases become fairly entrenched by adolescence. And yet, most national organizations dedicated to children’s racial learning direct their resources mainly to middle and high school educators. There are too few resources for young children available for parents, grandparents or other caregivers or for early childhood educators.

EmbraceRace was founded in early 2016 by two parents who set out to create the community and gather the resources they needed (need!) to meet the challenges faced by those raising children in a world where race matters.

Beginning in the months after George Floyd’s murder in May 2020, EmbraceRace saw an influx of newly urgent calls for partnership from the nonprofit, philanthropic, and corporate sectors; rapid growth in the size of our community; and rising calls for even more information and guidance. 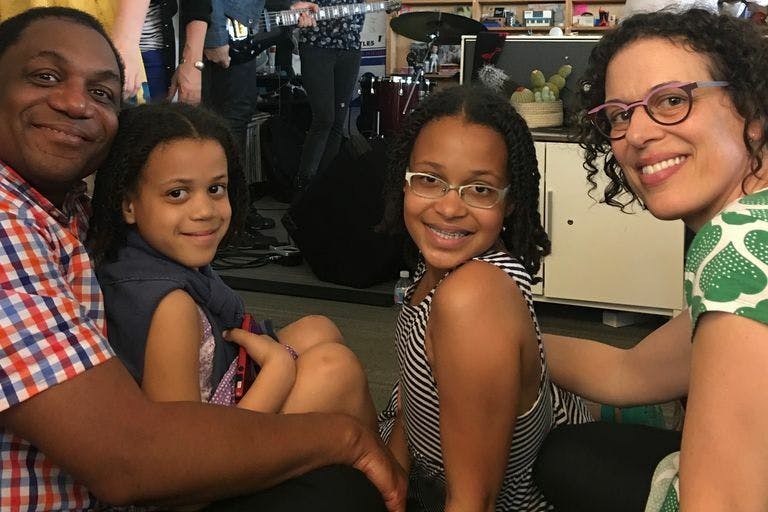 EmbraceRace co-founder and co-Director Melissa Giraud is a multiracial, first-generation American who has brought a social justice lens to her work as a radio producer, storyteller, K-12 educator, and ed strategist. EmbraceRace co-founder and co-director Andrew Grant-Thomas is a Black man of Jamaican origins and a long-time racial justice researcher and advocate. Together, Melissa and Andrew have two children, ages 11 and 14.

EmbraceRace's work is led by a core team of five staff members and supported by a dedicated network of consultants, advisors, partners, and volunteers. Learn more about our staff and contributor community.

At EmbraceRace, we aim to use inclusive language. As such, our use of language evolves as we learn and as preferences of described groups shift. In general, we follow the APA Inclusive Language Guidelines (2021). In some instances, we have made the decision to depart from APA’s recommendations based on guidance from our community. We consider changes during an annual review of all of our language conventions. If you have questions or concerns about language conventions used in EmbraceRace materials, please contact us at hugs@embracerace.org.