Mom Was a Brown-Skinned Asian Migrant. She Was Also Racist. Now What? 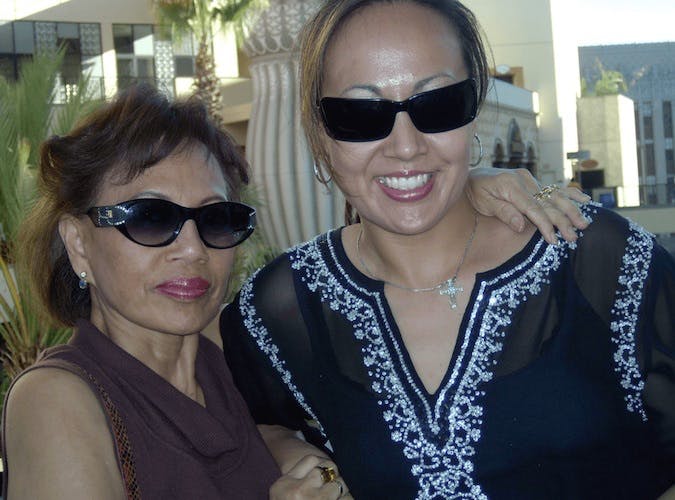 That’s her on the left. She loved sunglasses. And me. And whiteness. (All photos taken and owned by the author)

Both sides of my family, the white one but especially the Southeast Asian one, are going to freak when they see that title. However, since my mom went to the great Gucci outlet in the sky a few years ago, there is no one here to throw a massage sandal at my head and verbally assault me for an hour in response. And my dad barely does email, let alone read blogs, so let’s continue.

The title of my story is the great unspoken truth for many of us North Americans “of color.” I have heard my mom say, “Send them back!” in various political and casual conversations concerning various ethnic groups — including her own.

I want to issue one caveat here, which is that my mom was a super-duper nice, racist person. A fun one. A friendly one. A fashionable one. A cool one. A “some of my best friends are black, or Latino, or Polish, or whatever… ” kind of racist. It hurts my heart to even write “racist” because I loved my mom. And it’s ugly and shameful, especially when you have internalized it from your parents. But I am not gonna sugarcoat it for you here. Not now. Not in 2019. Not while we are careening into the abyss as our racist immigrant parents do mall walks in their Nikes wearing MAGA hats (kicks and hats hand-sewn by tiny children in third-world, indentured-labor camps). My mother would swat her hand at me and sharp exhale, “BAH!” when I said things like that. Sidebar: They make Nike products in Indonesia, where she was from.

​People familiar with my comedy and music shows know about the “my mother tried to buy me a blonde wig to help me be more successful” stories, paired with constant pushes for body modification and white culture assimilation training. And the niggling comments throughout childhood: “Why can’t you be more like Gwyneth Paltrow?” “Too bad you can’t be more like Pamela Anderson? Don’t you think?” (And BT dubs, when that kind of criticism is phrased as a question, you get a double whammy of the actual put-down plus the helplessness of not being agile enough to come up with a clever answer.) Frustration chases shame. I now know the answer is “because they are white.”​ 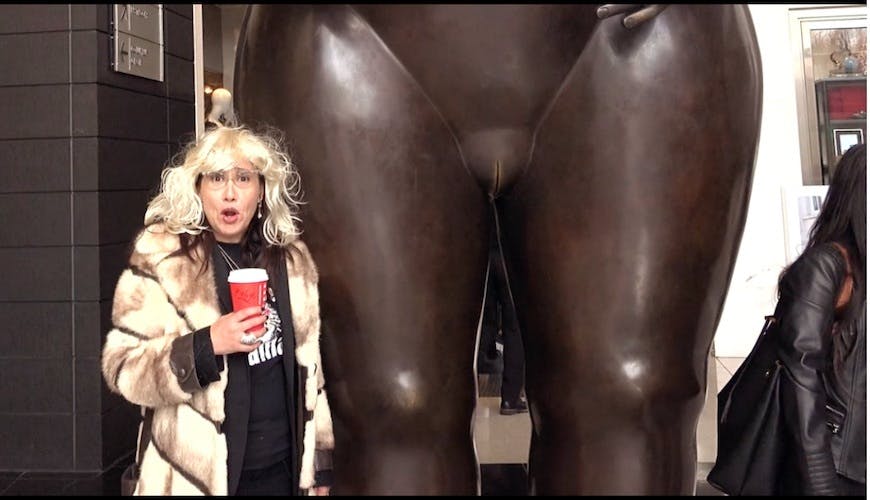 I’m wearing a blonde wig. But it’s for a musical satire of whiteness. #notwhymymomboughtitforme

This essay is not about me and my mom and her desire for me to be a six-foot blonde with privilege oozing from a Birkin bag. It’s about this: What in tarnation are we going to do about our racist parents and relatives who are helping the new white-supremacist empire suck back the American Dream like a lollipop placed too close to their tight white butts? Did you know that sphincters do that? They suck things up in their vicinity and refuse to let them back out. A stripper who once accidentally ass-pirated (a pun, you’re welcome) a Tootsie Pop told me that, so I know it is true. 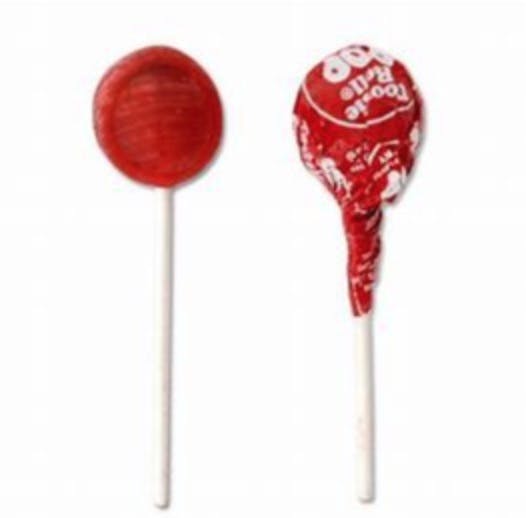 Visual transition from sphincter joke/fact. Now back to sociology.

I admired my mom’s easy, friendly way at parties; her diverse group of friends; her kindness to children and dogs; her wicked sense of humor; her entrepreneurship; her courage; her tenacity; and her champagne punch. I would even venture to say she became less racist after moving back to Australia (which is super racist against Asians). I think this was her fight-or-flight response to daily micro/macro aggressions after 20 years of relative ease in Canada. It was excruciating to watch clerks in stores ignore her when she was the only one at the lipstick counter, to see lady cops give her tickets in parking lots, or to get a late-night phone call when she was abandoned in a neighborhood bar by new friends who were happy to meet for drinks but didn’t want to let her in their car for the drive home. All that, I think, made her slightly less racist. Slightly.

Sidebar: Right now, the ghost of her memory is screaming at me in my head: “Kate! You are shaming the family! How dare you call me a racist? Only wogs are racist!” Or something very similar. You can look up “wog” if you want. See? I told you. I pull no punches. Because we all have to wake up.

I could recount over a thousand stories about white people shouting, “Go back to where you came from!” at me, from kindergarten to college, right up to my current toe-dipping into middle age.

But instead, I’m going to tell you the thing we first-, second-, and third-generation North Americans are not supposed to talk about: our elders’ (and often our own peers’) instinct to run through the doorway to the American Dream and then double padlock it from the inside so the others behind them can’t get in. They’ll also maybe scream, “Send them back!” within earshot of any white person who might reward them with a wink or a handshake.

“You’re not like them. You’re different. You’re one of us.” Wink, wink.

No, we are not. Blank stare.

My mom first emigrated to Australia in 1962 on a work visa. Later, she married my (white) dad, changed her status, and moved to Canada in 1970. There was something in Australia called “The White Australia Policy” until 1967. It basically was an official, federal immigration policy that severely limited and restricted immigration to only countries where people were white. Greeks and Italians were “in.” Africans and Asians were “out.” You get the picture.

My mom was a staunch supporter of the White Australia Policy. In the ’90s, I remember her arguing that they should bring it back. 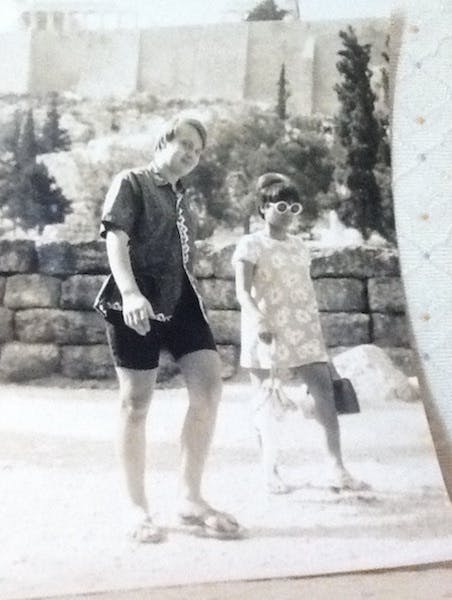 My honeymooning, mixed-race, hipster parents. What’s not to like (other than the internalized racism)?

I am coming out on my mom’s behalf, and on behalf of all the sons and daughters of first-generation immigrants who say racist shit all the time, and on behalf of the people who defend Donald Trump “because he’s rich” and those who go on cable news panels and somehow think that their own legal status justifies keeping “those other ones” down.

I have a Chinese American friend who is so outraged at her parents’ Trump-ness that she can barely speak to them. And you know what? I don’t blame her. Try telling an Asian mom anything about anything. Try it. If you’re lucky, you’ll get a flip-flop thrown at your head. If you’re less lucky, you’ll get a lifetime of negative feedback loops that make you suspend your optimism and appetite for life between a TV screen and a feeling of always having to give up before you even try.

​But try we must. Trying is now our best and most crucial duty.

This is not just about the dignity of “The Squad” and all the young People Of Color they represent. Nor is it about upholding the very principles that brought the first immigrants here: life and liberty, etc. Right now it’s about some very practical life or death things. For example, if we don’t vote in our own best interest (like for accessible health care, protecting the environment, access to good education, food safety, taxes on corporations, voting rights, and gun control) we are literally all gonna die. Like soon. Really soon.

Have you ever gone for a stroll in a city in a country without real environmental protections? You’ll see black lips, black nostrils, and probably black lungs. Have you ever taken a drink from a tap in a country that has fascist dictators, corruption, and no clean water practice? You will shit for weeks and also maybe die.

My mom was from such a country. And she was a fanatic about clean water and water conservation. She was grateful for every glass she poured straight from the tap into her beveled glass. She let it mellow. She had a complicated water-recycling bucket system for the lawn. And if she were alive, we would be talking about why I absolutely need for her to register to vote in every election, and vote blue.

FYI, voter turnout amongst Asians in 2016 was super low. We will be one-tenth of eligible voters by 2044. Millennial Asians were the absolute lowest numbers of all, so if you are one or you know one, you need to step up big time while we X’ers and Y’ers talk to our racist parents.

Anyhow, in this imaginary conversation where my mom is alive, where she points out to me that Melania has great taste in hats and is “so pretty and slim and why can’t you be like Melania?” (which is something I promise you she would say), I would appeal to her often invisible, but also very real, love for me and say:

“Mom, I need you to do this for me. I need you to vote for the candidate who will help us get this country back to where it was when you dreamed about coming here.”

And if she told me that Donald Trump was taking on China, and is a genius for being rich or some other racist crap, I would find one thing, one thing she cares about, which in her case would be clean water and air, and I would say:

“Please mom. Trump will still do deals and whatever you think he can do for businesses, but we pulled out of the Paris agreement, and the EPA is being run by a guy who hates the EPA, and they are pouring coal into the water. So I need you to prove your love for me and read this file folder I have prepared for you on how all the environmental scientists say these policies are killing our clean water and vote them out.”

Asians appreciate meticulous research. I encourage it in this case.

And if she still fought me, which she would, I would still help her fill out all the paperwork to vote, and I would keep-on-keeping-on right until November 2, 2020, at 11:59 p.m. I would keep lovingly, cajolingly, firmly trying to get her to vote them back to where they came from.

​P.P.S. If you are an immigrant kid who thinks you are different from “them” immigrants, take a deep breath, love yourself and your brown skin, I mean really love them, and know you are beautiful in my eyes and the eyes of the universe. Connect with your best self and try to think again. 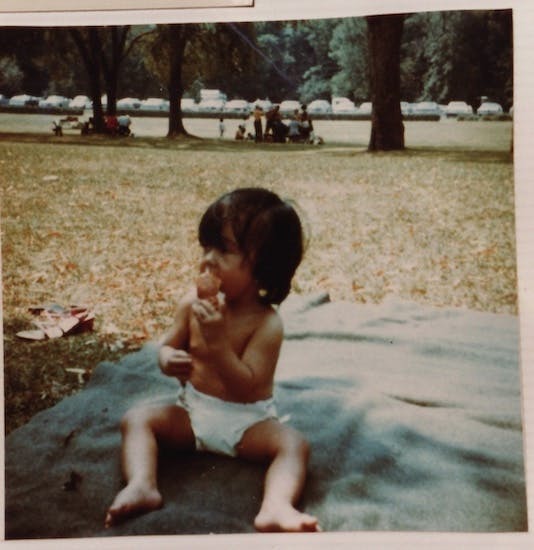 All families own a version of this photo. This is a very old private photo of me. I am sharing it to encourage you to Love yourself. And Love the new brown people who are carrying these photos in wallets and jean pockets, hoping to give their own kids a brighter future.

Kate Rigg is a comedian, writer, activist, futurist, culture vulture, Amerasian rebel. This piece was reposted from her Medium page with her permission. More about Kate > 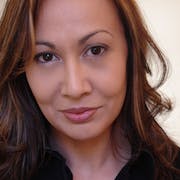