A Facebook post by mom Lydia Rosebush from Louisville, Kentucky went viral. In it, she brags about how her 5 year-old White son befriended a Black boy and does not see race. Here’s what she and those posting it as a sign of hope are missing: This is the epitome of White privilege and color-blind racism. 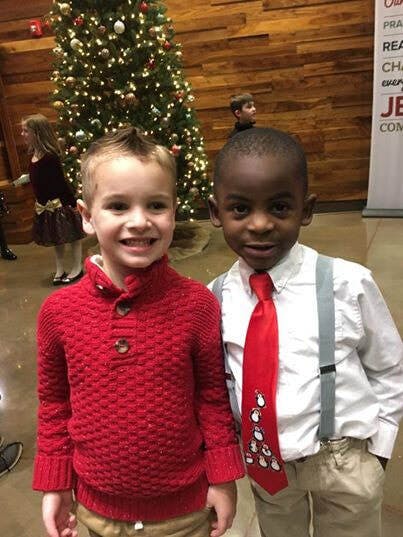 Photo posted on Facebook by Lydia Rosebush of her child and his friend.

“….He said that he wanted his head shaved really short so he could look like his friend Reddy. He said he couldn’t wait to go to school on Monday with his hair like Reddy’s so that his teacher wouldn’t be able to tell them apart. He thought it would be so hilarious to confuse his teacher with the same haircut.

Here’s a picture of Jax and Reddy from their Christmas program. I’m sure you all see the resemblance.

If this isn’t proof that hate and prejudice is something that is taught I don’t know what is. The only difference Jax sees in the two of them is their hair.”

But an abundance of research shows that by 5 years old, the age of these two boys, kids do see race and already have racial bias and favor Whites. 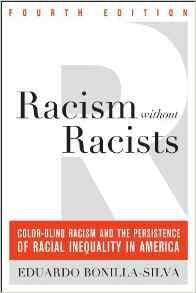 Book cover of Racism without Racists by Eduardo Bonilla-Silva

So what are we doing when we don’t talk to White children about race and racism? We don’t stop the process of them being socialized to racial bias. Instead, we socialize kids to perpetuate racism.

Racism used to be a system upheld by people with overtly racist beliefs. These people embraced beliefs about white superiority. These people still exist, but the ideology of racism has shifted. (Although this never went away and is arguably making a comeback.)

Racism is now upheld by people who do not see themselves as racist and would not think of using racist terminology. They see themselves as color-blind, denying their racial biases. Racism without Racists is a book which describes this system of racism.

I hate to burst your bubble, but racism is a part of the fabric of our society. The only way out is to acknowledge it and to commit to being anti-racist.

Want to raise your White child to be anti-racist? Here are some tools: 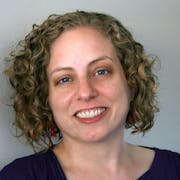