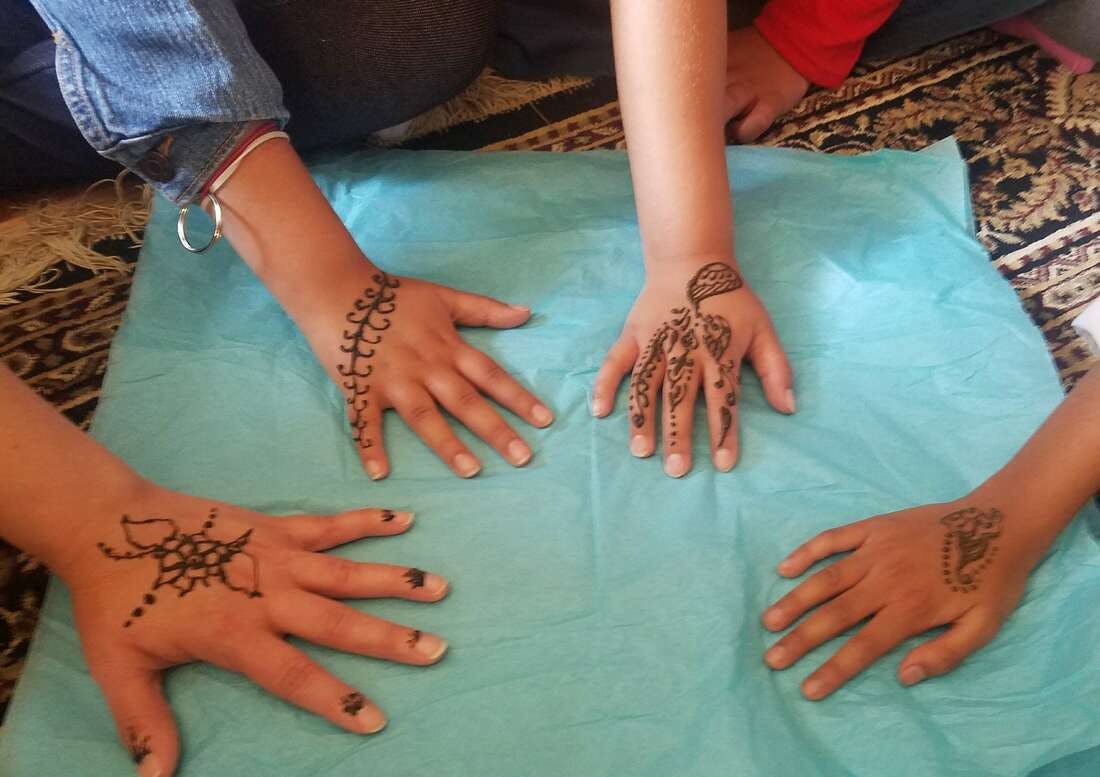 “Ammi, How many suitcases will we need to pack our home?”

I looked quizzically at my son thinking this was another of his oddball questions or that he had inadvertently let slip his plan to run away from home. “Don’t we have to leave now that Trump is President?” His question seared right through the protective barrier that I thought I had encased around my innocent seven-year-old. I was stunned and it took me a while to formulate a response and reassure him that the U.S. is our home and we are not going anywhere. When I spoke about this incident with other parents, a hush fell on the group and then slowly their own stories tumbled out. Each of them recounted words thrown like barbs either at themselves or their children - terrorist, ISIS, "towel-head," do you have a bomb in your backpack? ​Hate routinely punctuates our lives - misinformation and stereotypes peddled by blaring voices of pundits on TV, sensationalist headlines in the papers, and even through entertainment in the films we watch and books we read. Many Americans equate being Muslim with being a terrorist. They're referring to people who look like me and my family. In their annual poll, the Institute for Social Policy and Understanding noted that 60% of Muslim Americans reported having experienced religious discrimination more than once in the past year. Another survey on bullying revealed that 42 percent of Muslim families report bullying of their children for religious reasons.

And we feel it - from the scowls and stares, to the venomous words spewed telling you “to go back to your country”, to scarfs pulled, children being called "rag heads," and even three Muslim students killed in cold blood for their faith. For our faith. At the same time, things seemed to get visibly worse for other minorities and people of color who also have been historically othered and targeted in the U.S. As a mother of a young son, growing up brown and Muslim in America, I needed to have a response.

In 2016, Gauri Manglik and I co-founded KitaabWorld, an organization that makes South Asian children’s literature more accessible and easily available in the US. Our curated collection of books, book lists and recommendations, author interviews, lesson plans and other resources provide a way for educators to increase their cultural competency in introducing South Asian stories in their classrooms.

Within this work, I began to think of the particular issues of Muslim misrepresentations and how those affect Muslim children like my son. How could I create the space for my son to learn about and take pride in his identity? How could I teach him to stand up for himself and others against the tide of hate? Where were the stories of diverse Americans and their struggles and triumphs to help targeted kids feel less alone?

When Muslims and other underrepresented children don’t see themselves in the books they read or the media they consume, they internalize the message that they don’t matter in the broader community, and begin to feel marginal. When they don’t see themselves, but only see and hear misrepresentations of what it means to be Muslim, there is damage done. Their non-Muslim peers consume those same messages, which can lead to exclusion, invisibility, bullying, Trump’s Muslim ban, and worse. 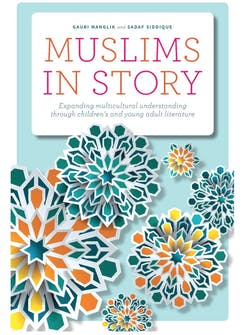 As part of our work with KitaabWorld, Gauri and I conceived the Counter Islamophobia through Stories campaign to showcase positive stories that centered around Muslim children and their experiences. We wanted to provide authentic and positive stories to counter the tropes and stereotypes that have become all too common. This was our way to fight hate with knowledge. Over the course of the year, the campaign grew to become a book, “Muslims in Story: Expanding Multicultural Understanding Through Children’s and Young Adult Literature,” that expands the work of the campaign with book reviews, teacher guides and related activities. Our aim was to support teachers and librarians to include Muslim characters and their stories in their class lessons and activities.

Still, in the midst of that work, using the expertise I’d developed in multicultural children’s literature, I kept circling back to my daily experiences as a parent. Yes, my son had a diverse bookshelf and we read together regularly. But couldn’t I do more to help him engage with these stories deeply enough to confidently create his own? 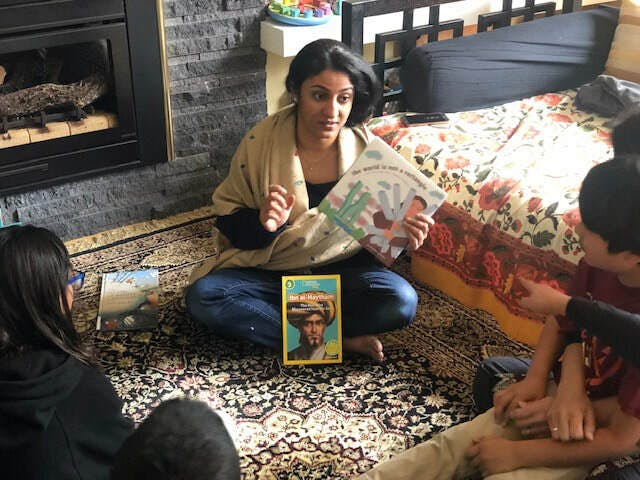 Seeking to actively engage my son, I formed a monthly reading circle with a small group of Muslim friends. I wanted to create a safe place for Muslim children where we could come together for book readings, craft and conversation. A place for them to speak freely about their concerns, spark curiosity about their identity and understand how it intersects and weaves beyond themselves.

When we read selected picture books in our small group of seven kids aged five through nine, they were always excited by the little details - parents drinking chai, kids calling their father Baba, seeing how Moms everywhere get annoyed at their kids, noticing that a Muslim child was bullied because of what they wore, empathizing with the child who had a bad day - all the things that reflected themselves in some way. ​ 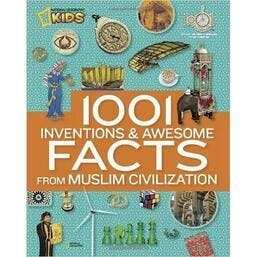 Reading books such as The Clever Boy and The Terrible Dangerous Animal, all of them could identify with the hero - the clever boy who taught the adults something new. That story helped us address fear of the unknown. As they spoke of their own fears - from being afraid of the dark to wondering if they had to abandon their homes, we found a shared way to speak about recent events weighing on their minds.

​The book 1001 Awesome Facts from the Islamic Civilization untethered their imagination to explore ancient ideas and inventions having to do with astronomy, medicine, hospitals and more. We read about Ibn Al-Haytham who invented the camera obscura. While making their own pinhole camera, they could grasp how contributions from the past were relevant to their everyday. 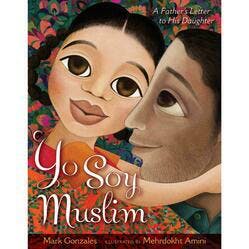 I distinctly remember how Yo Soy Muslim sparked a conversation about how many diverse Muslims coexist in the US. As their hands got busy making little Kaaba charity boxes, their conversations centered around their fascination with the author’s Latin origins. They asked breathlessly, and a little enviously, if his kids got piñatas on Eid!

Slowly over the course our readings, they began drawing comparisons between Muslim leaders from Muhammad Ali to Malala. They excitedly recounted how the Kuwaiti tradition of Girgian parallels with Halloween. More poignantly, stories such as King for a Day had them reflecting on their own personal experiences with bullies which opened up many wounds of being called a terrorist, "darkie" and different. 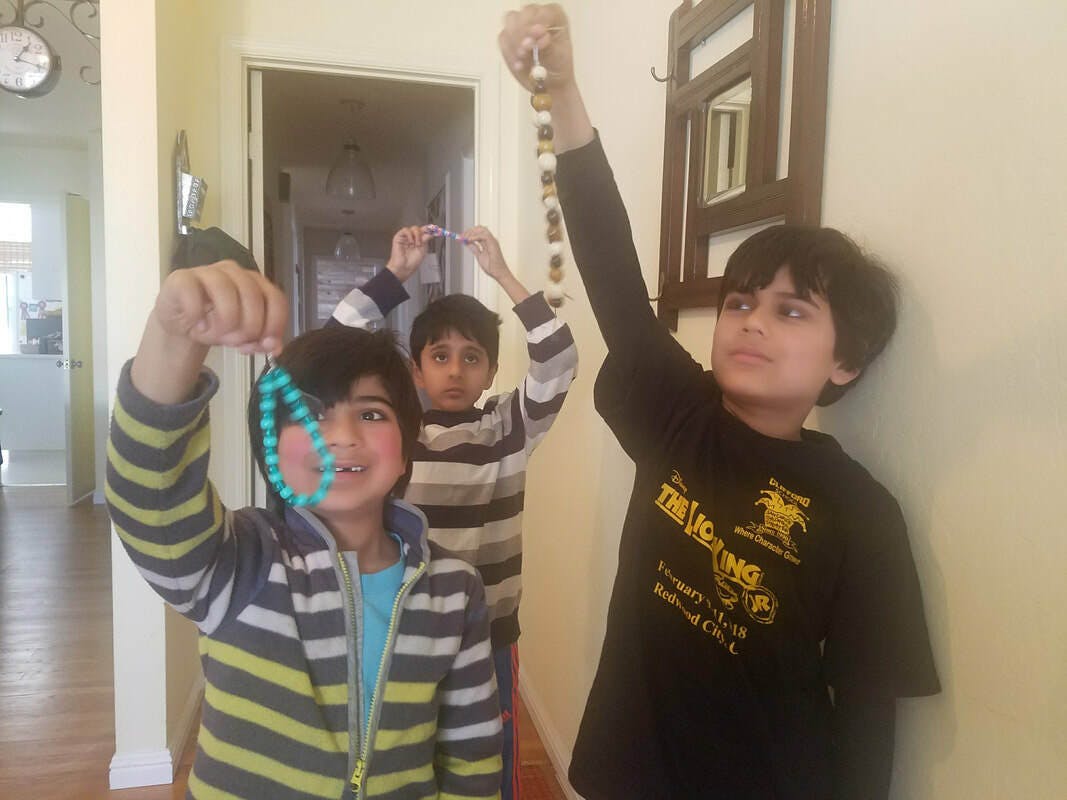 I have been running this reading circle for over a year now and have observed how these stories have helped them articulate their own fears and also find healing. The children also report they've taken as a result - seeking out the new kid in class to be their reading partner, or telling some kids to stop making fun of another, explaining that they didn’t want to run at recess since they were fasting for Ramadan. Little things that make a world of a difference.

For the parents too, this reading circle has encouraged them to act. One mom decided for the first time to do a short presentation in her son’s class on Ramadan and Eid. Another donated a collection of books with Muslim kids as heroes to the school library. All small ripples on the way to creating waves of change.

Our children are growing up faster than we would like and I sometimes wonder if they will outgrow the reading circle. I check in with the parents and children every time, only to be brushed off with a wave and many expressing that reading circle is the highlight of their month. We all still look forward to meeting each other, to share new experiences and learnings as well as to hold on to this little community we have built.

At our last reading circle when the characters greeted each other with the words “As’salaam Alaikum” (Peace), all the kids eyes lit up recognizing the familiar phrase, as they responded loudly and proudly, “Walaikum As’salaam” (and to you Peace).

Sadaf Siddique is co-founder of KitaabWorld and the author of Muslims in Story: Expanding Multicultural Understanding Through Children’s and Young Adult Literature. ​ 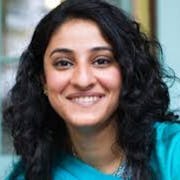