I'm looking for something else.

People of mixed races float between cultures. There’s usually one side of our heritage we identify more with, and then there’s the other side. It’s like a custody visit when I experience the food, art, people and spaces associated with my other half. It’s a relationship. It’s fluid. There are negotiated terms and there’s an agenda for each interaction.
​
Consider my dismay when I was recently handed a fork while saddling up to a sushi bar. Not a big deal if you’re a non-Asian person who’s actually capable of using chopsticks — you just ask for chopsticks. For me, however, the mere presentation of a fork, specifically to me after seeing my face, is a disappointment. The gesture communicates that I’m not capable of handling this simple Asian thing, regardless of my ethnicity.

My negotiation of my halfness is quite different than that of my friend, who is half-white and half Latina. Her father is white and her mother is Colombian. She looks more Latina than she looks white. Like many half-something families, her family prioritized fitting in with America over passing the torch of her mom’s cultural provenance. Latinos at the farmers market see my friend and initiate a conversation with her in Spanish. She does not speak Spanish and has to tell them so in English.

When we talk about race, I’m the one saying the melting pot metaphor is inaccurate and that we should instead think of America as a salad bar. I prefer the idea of our many cultures living harmoniously side by side, distinct but free to mix with others on the great white plate as needed. She defends the melting pot idea and advocates that we get past the constant race discussion.

So, yes — I wanted the waiter at the sushi bar to hand me chopsticks, not a fork, even though he was white and I look more white than Asian. He had no idea how much was riding on his fork/chopsticks decision when he sized me up. He had no clue that eating sushi is a ritual of cultural connection for me. I don’t want to be defined as half-something in that space. It’s not that I want to pass as a 100% Japanese person, I just want to take part in Japaneseness every now and then without being reminded that I’m actually stuck in the middle.

The flash judgments are happening in both directions, actually. Here in the Midwest, there are an awful lot of meh or even bad sushi restaurants with not a Japanese person in sight. Savvy restauranteurs filling a hole in the market don’t have to be legit, you know. If you want to eat really lame sushi while surrounded by white people enjoying the heck out of it, come to Iowa. So, yea… upon entering a new sushi joint, I immediately scan for signs of authenticity.

You’ll find the occasional decent Japanese restaurant in our country’s midsection, but usually with more of a NAFTA representation behind the hibachi tables and maybe a Japanese person behind the sushi bar. I can’t speak for all Asians and half-Asians but I can tell you that if you grow up with a Japanese mother you pick up on the art of looking at another Asian and having a pretty good idea if they’re Japanese or not. The nuances in physical features are subtle, but they’re there. There are other discernible cues, too. 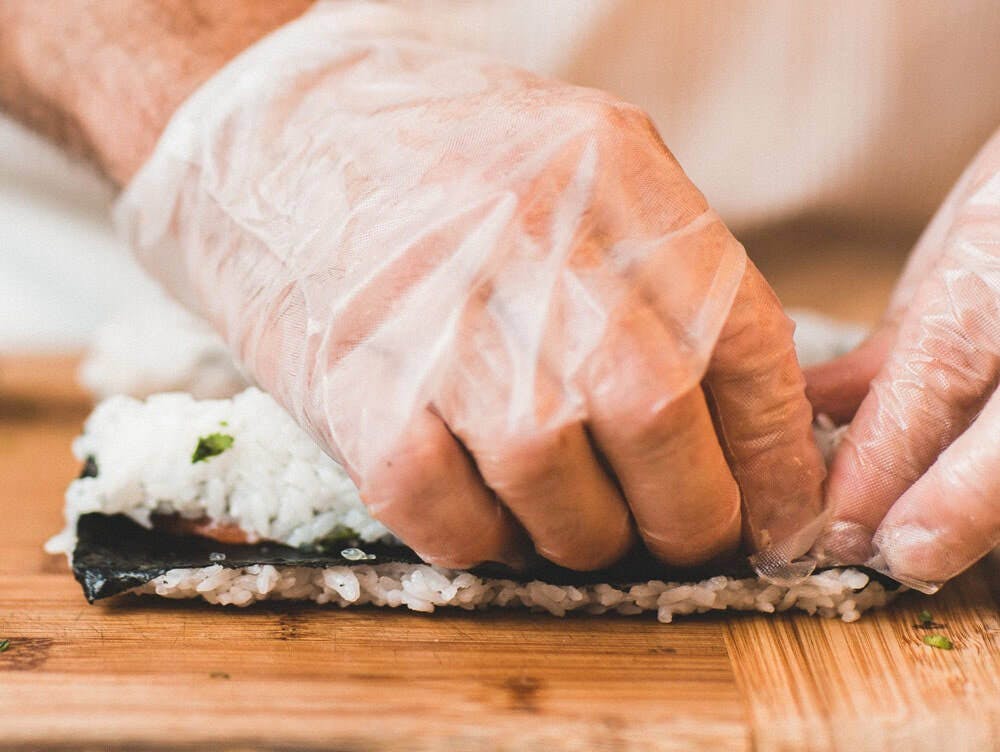 It’s easy to watch a sushi chef at work and know if he’s Japanese — the discipline and artistry in his hands are unmistakable. I scrutinize the slight head nod he returns upon eye contact. I see how he folded, tied and wears his hachimaki (bandana). I notice the way the fish and other ingredients are aligned behind the glass. I’m no sushi expert but anyone with a Japanese parent recognizes those distinctly Japanese methods of organizing and tidying up a space. Then there’s the quality of the sushi––the presentation, the temperature and flavor of the rice. Keep an eye out for the almost unnoticeable but highly impactful little ingredients that complement certain pieces of fish.

​A Japanese-run restaurant is loaded with clues. You can’t just go by the maneki-neko (good luck sculpture of a white Japanese bobtail cat with its paw raised) by the register. Look for actual Japanese soy sauce on each table. Look for the TV in the corner showing NHK via satellite. See if there’s white pepper near anyone who orders ramen. You’ll see obasan scurrying around like Edith Bunker. You’ll hear ojisan in the back, barking orders to whoever needs to run the miso out. You’ll see a kid at the corner table working on a Sanrio coloring book. 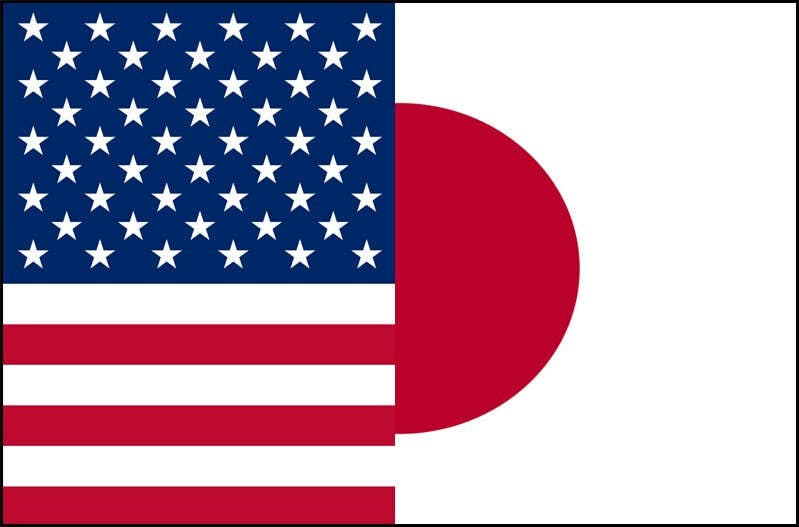 ​I’m used to spending most of my time on the fringe –– not really straight-up caucasian and not really Japanese. I’m “white” enough to flow through the caucasian experience without it being too different but, at the end of the day, us halfsies never really fit in completely. As kids we’re teased for being slanty-eyed but when we travel to our Asian homeland we’re told that we look 100% white. The dating pool is much smaller because, well, America. Almost everybody you know is nice, but that doesn’t mean they’ll go out with you. 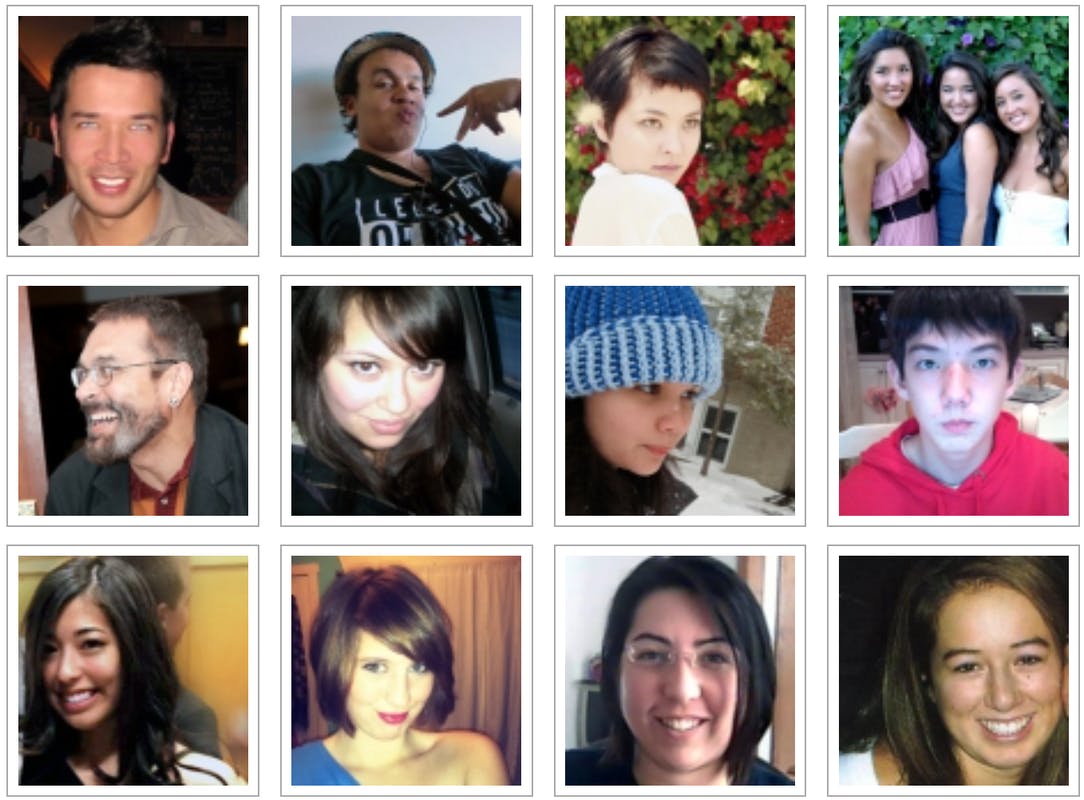 Those of us who are far from big cities or the coasts can probably count on one hand, maybe two, how many other half-Asians we’ve seen in person who aren’t siblings. Randomly running into one is a big deal. I’ll notice them right away but try to play it cool. If it’s someone my age of the opposite sex and attractive, I suddenly find myself thinking things I’d never say out loud. Was I supposed to find somebody like that? Would somebody like that “get me” more than anyone else? What’s it like to be with someone like that? Damn, wouldn’t our kids be gorgeous?! 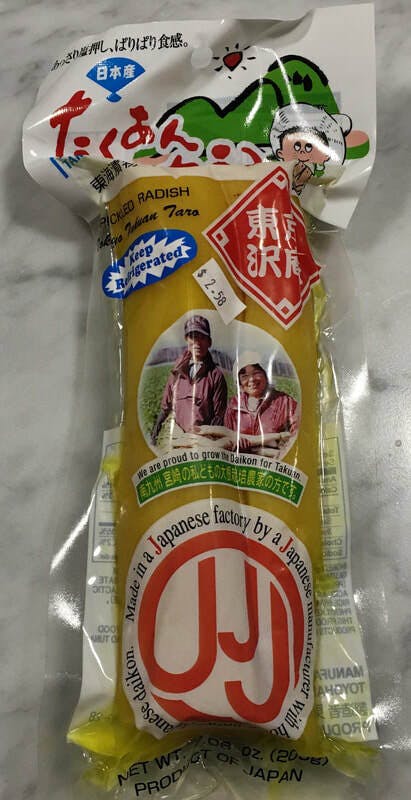 In case you couldn’t tell — this is a Japanese product.

Here in the Midwest, we don’t get a Chinatown, Koreatown, or Little Tokyo area of town. We get a jumbled up Asian store here and there. That’s where you can buy Pocky Sticks, kimchee, falafel, tofu, grape leaves, 25 kinds of rice, dates, wooden ear pics, funky fruits and vegetables that non-Asians have never seen before, and even potted dwarf tangerine trees if it’s close to Tet. Newsflash to all you non-Asians who think “oriental” people are happy with our local Asian store: Nope. We are not.
​
Those well-meaning proprietors do their best –– God bless ’em –– but they can’t make any of their clientelle completely happy. The Chinese people want more and better Chinese offerings, the Japanese people want more and better Japanese offerings, the Korean people want more and better Korean offerings, etc. Maybe everyone thinks we take our short little frames in there, hold hands and sing “It’s a Small World,” while eating each other’s food, but trust me –– that isn’t happening.Astute ethnographers will notice that the sweetest little old Chinese, Korean, Japanese, Vietnamese, etc. ladies will hold up a package of what they hope is their preferred style of noodles, seaweed or pickled radishes only to throw it down in disgust when they see that it was produced in some other country.

Don’t get me wrong. We root for each other. Full, half and slightly Japanese people were thrilled when Korean-born American Actor Daniel Dae Kim had a role in Lost that didn’t involve ching-chong jokes or the emasculation of his identity. We were stoked when Fresh Off the Boat landed a network slot, even though show catalyst Eddie Huang’s experience as a D.C.-born, hip-hop-loving son of Taiwanese immigrants doesn’t exactly match up with our distinct cultural plight. Close enough. Positive portrayals of Asian people and culture are still fairly rare in mainstream media––we’ll take what we can get.

After all, the people who are keeping track of who’s who are only tallying some overgeneralized stuff. It took me a while, but as a half-something person, I’m no longer befuddled by the fact that everyone says we have a black president, without question… even though that same human with the same parents would be called “half-black,” or who knows what, if he had been born with more of a halfsy look like the rest of us halfsies. So, I’m not offended if someone drops the “What are you?” question because, quite frankly, no one has a good handle on the lexicon of race. It is what it is. We’re maneuvering our way through society regardless of everyone else’s ability to be accurate or mindful.
​
That’s why I wasn’t mad about being handed a fork. Just sad. 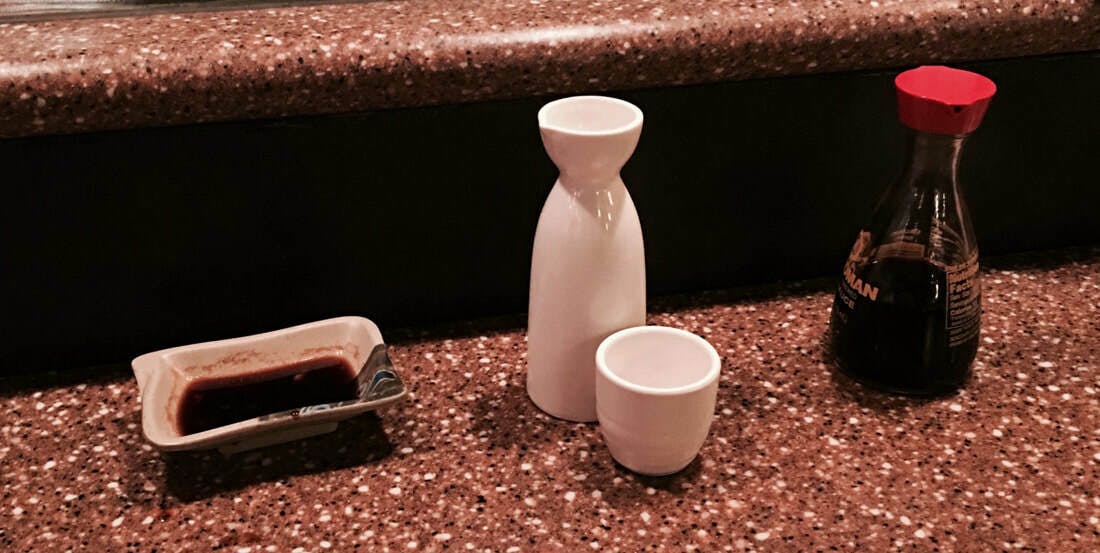 The story has a happy ending, though. Toward the end of my sushi meal, the waiter came up and set a warm, sake-filled tokkuri and an empty little ochoko cup in front of me. I looked around to see if someone I knew was dining across the restaurant and had sent the sake my way as a friendly gesture.

Sure enough. The sushi chef confirmed his gift with the most Japanese smile, slight bow and bouncy head nods I had seen since I last spent time with my mom. Come to think of it, he had smiled and giggled earlier after noticing me relish a delectable piece of saba (mackerel) he had expertly prepared with the perfect dab of wasabi underneath it and a splendid curl of a transparent onion shaving on top. It was so good I closed my eyes and mashed it around in my mouth, savoring the balance of perfectly vinegared rice, strong fish, TLC and everything else––which is exactly why I do that upside down thing with nigiri putting the flesh directly on my tongue. Saba done right is a rare thing around here. That alone, made my night. The sake and the gesture behind it was over-the-top.

It was my pleasure to bounce-bow back to the sushi chef, deeper than his bounce bows to me, and thank him for making my ritual of cultural connection better than it had started, and far better than expected. 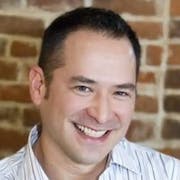