When school is part of the problem 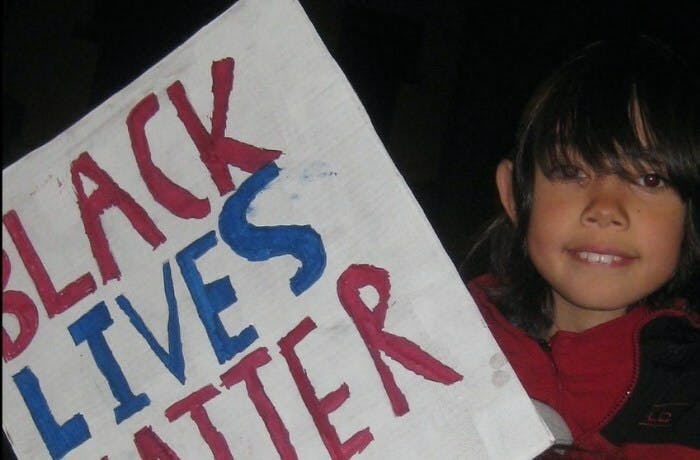 My son is biracial, an aspect of his identity that first led me to fiercely support public school for his education and ultimately contributed to my pulling him from public school, to homeschool.

In his public school classrooms there were 20–25 children. Four were white. In kindergarten they learned to count in the home language of each child — seven different languages. Our son’s racial identity was unremarkable.

In first grade he came home having started a unit on Japan. “In Japan people wear kimonos!” he shared, excitedly. It took me an hour on the internet to prove to him that in Japan people mostly wear jeans and suits. It was a relatively small thing and I let it go, but things like that kept happening and the oversights started feeling more and more deliberate.

In our town a teacher of color was harassed and threatened at school, prompting her to leave her position. It was handled poorly by the administration and the community.

A research study showed that children of color were disproportionately disciplined in our district. I listened to a panel discussion where local black students talked about their college counselors making assumptions about their capabilities. One straight-A student was advised not to “overextend” herself by taking Advanced Placement classes. I felt my attachment to the public schools erode.

In third grade my son encountered truly racist material at school. It came in the form of a popular comic book, a series his friends found funny. Recess games revolved around story lines from the books. Library periods were spent pursuing well-worn copies. He wanted to be part of the fun and asked for the books. When we looked at them we were uncomfortable with their content and with the message that racist material can be entertaining. We were naive enough to think that once we drew people’s attention to the problem it would go away.

Instead the problem spiraled. We spoke to the (white) teacher, the (white) librarian, and the (white) parents of the (white) children who were enjoying the comics. We were met with responses ranging from apology to indifference to outright indignation that we’d raise the issue at all.

When all of this generated a conflict between my son and a friend, they found themselves at the “Talking Table” with their teacher. The teacher told my child, “Think of this like basketball and soccer. Some kids like basketball, some like soccer. Not everyone is going to like the same thing and that’s ok!” She handed each of the boys a composition book.

“I think it’s best if you don’t talk about this at school anymore,” she said. “If you feel like you want to talk about it, write in your journal instead.” She finished with a speech about getting along and being “classroom leaders.”

My eight-year-old son came home from school later that day and told me that racist comic books are like basketball and not liking them is like preferring soccer, and that if you want to be a classroom leader you don’t talk about racism at school.

These were not the lessons I’d signed on for.

We suggested some books for the classroom, offered to bring in speakers who could talk about racism, went higher and higher up the ladder until we realized that we would not be heard and these issues would not be addressed at school. It was not the whole reason we left, but it was certainly part of it.

Two and half years later we continue to homeschool because academically and socially it is a better option for us. We were willing to supplement what public school could not provide but we are unwilling to keep our child in a place where we have to undo damage at the end of the day. 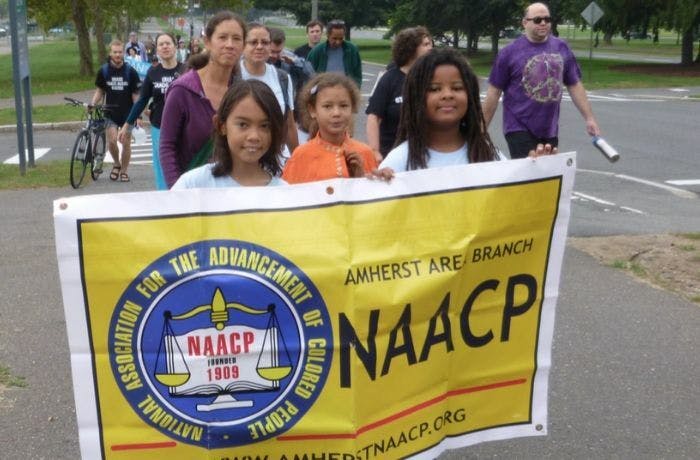 We have woven activism and social justice work into our homeschooling. Part of my son’s education has included attending School Committee meetings, college lectures, rallies and vigils. He recently wrote an essay about violent versus non-violent protest. These are not topics we force on him. Most of his learning is child-led and he is a child of color still trying to make sense of the power and challenges inherent in his racial identity. His interests bring us to this place.

In three years I went from being an enthusiastic supporter of the public schools, to believing that I could and should fight for change from within, to the realization that the work would take too long to make a difference for my son.

Now we are outside that experience and sometimes I feel guilty about that. I try to channel the guilt into action and I’m teaching my son to do the same. It is becoming increasingly clear to me that neither public school nor private school is really for everyone and that until we address that we will continue to perpetuate a system of oppression and white supremacy, starting in kindergarten.
​
I want to fight that systemic oppression. At the same time, I cannot bring myself to subject my child to it.