Mighty White of You 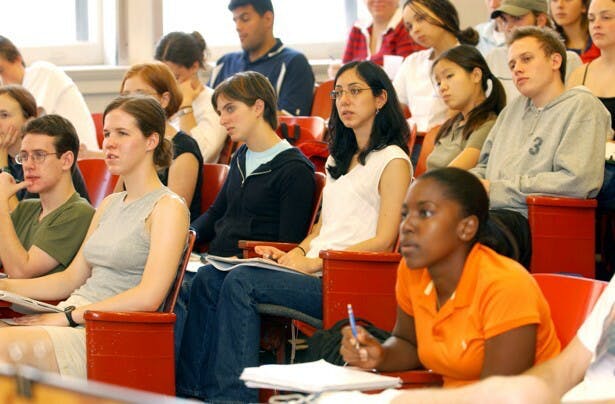 I make this crack to my U.S. Government students the first day of every semester. I am actually an Obama centrist. Dewey and Niebuhr, these are my heroes. I never felt the Bern. Institutions, for better or worse, are all we have. The perfect is the enemy of the good. Better is always better than worse — and then you die.

You get all kinds at the two-year college where I teach in New England: city kids from our blighted urban areas; blue collar suburban kids; middle-class kids looking to score their first 60 credits at a discount; and rural kids from our remaining farm towns. It is not uncommon to have gang members and militia kids sitting side by side. Hey, at least they agree on the Second Amendment….

My mission, since I decided to accept it six years ago, has been to complicate things for my students. Whether they are on the left, the right, or among the disaffected (the fastest growing group among millennials), they tend to oversimplify everything.
Given that FOX and right-wing radio have turned oversimplification into an art form, it is often my conservative students who need the largest dose of complexity.

The litany is depressing and predictable: the evils of Welfare, SNAP, Obamacare, Social Security for the disabled, affirmative action, the rights of criminal defendants, Black Lives Matter, even need-based college tuition assistance is up for ridicule. You name it, my conservative students resent it. These things are the proof that some people have got it made, and worse, they’ve got it made at someone else’s expense.

Students of color sometimes express concern that safety net programs may foster dependency among the poor. But for conservative white students their sense of disdain is visceral. They equate safety net programs with fraud and corruption. They see social justice politics and protest movements like Black Lives matter as a direct threat to whites, law enforcement, and social order, a direct “taking” from them and their parents to benefit someone else, an affront.

I have generally had good luck at drawing students in, letting them have their say, and then having a say of my own. Sometimes I feel like the “white whisperer.” 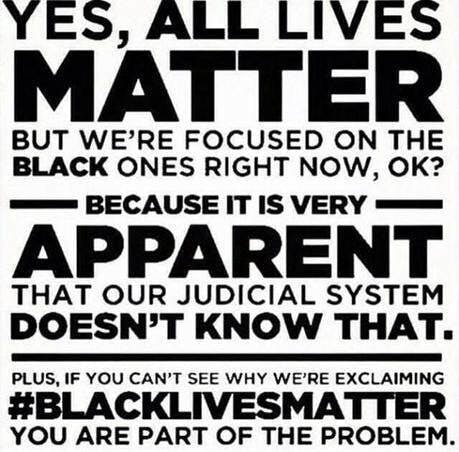 These attitudes can be difficult to take on a daily basis. But I have generally had good luck at drawing students in, letting them have their say, and then having a say of my own. Sometimes I feel like the “white whisperer.”

My say entails lots of counter evidence, historical context, data, and nuance. I spent years as a policy wonk and budget guy before returning to the classroom. I know how to draw a complicated picture, and then make sense of it for the lay person.

And I like to think I have some pretty good answers. The majority of welfare recipients are white. The majority of Americans report receiving some form of safety net assistance in their lifetimes. Welfare rolls (AFDC, now TANF) have been reduced by two-thirds since the Clinton era. Poverty rates did not decline as welfare rolls were cut across the states, so it would seem welfare was not the cause of poverty among the chronic poor after all.

The majority of welfare recipients are children. Welfare fraud (TANF, SNAP, Housing Assistance, and WIC) average 5% or less of total program spending. Costs associated with increased audit and enforcement would be significantly greater than the cost to taxpayers of fraud itself. Total expenditure for these programs ($146 billion annually) is about 4% of total Federal outlays. If we were to eliminate these programs entirely it would would make only a small dent in our annual Federal budget deficit, and leave the nation’s poorest people (mostly children) to fend for themselves.

I bury my students in pie charts and graphs: more than half of all Federal discretionary spending each year goes to the military; after 36 years of experimenting with various versions of supply side economics, 20% of Americans now control more than 80% of the nation’s wealth; on average, only 32% of Americans age 27 or older have attained a bachelor’s degree, and yet, student loan debt has outpaced auto loans and credit cards to become the single largest debt pool (more than $1 trillion) nationally.

The number of black men killed by police is five times higher than the number of whites of the same age. In 2015, 25% percent of these black men killed were unarmed. Affirmative action in hiring and admissions, where past discrimination has been proven, is the only available remedy for the violation. For the courts to find a violation without offering a specific remedy is meaningless.

I give my students a short history of school desegregation law, from Brown v. Board of Education I&II, to Swann v. Charlotte Mecklenburg School District and Milliken v. Bradley. Except for Swann, little or no remedy was permitted despite the Court’s finding that segregated schools are a violation of the 14th Amendment. Sixty-four years after Brown, our schools are more segregated nationwide than when the case was heard.

Then came Fall 2016, the grinding run-up to Election Day, and the victory of Donald J. Trump. 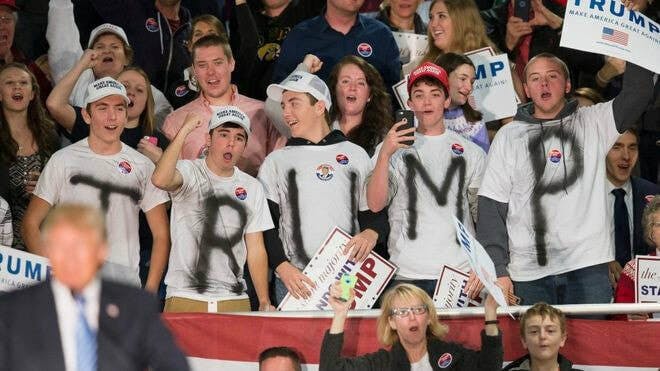 From the first day of the semester, I sensed something was different. There was a large group of students who were more agitated than usual. They sat together in the center of the room. They asked questions in tag teams. They heckled if they didn’t like the response. They had their own facts.

Black Lives Matter is a hate group, a bunch of cop killers. The number of cops killed in the line of duty is the statistic that matters. “That number declined last year,” I replied. “But the percentage increase is way up this year,” one student responded.

“A small numerical increase on a small base number (say from 18 deaths in the first half of 2015 to 26 deaths in the first half of 2016) will create a large percentage increase,” I replied. “It is not that the death of one police officer isn’t important,” I said, “it’s that Trump and the Republicans are exploiting the issue to get votes.” A few of these students got up and walked out. I may have won the round, but the tension in the classroom was greater than I had ever experienced.

We had class the day after the first Clinton-Trump debate. These students were adamant that Trump had won the contest hands down. I pointed out that all the scientific polls conducted after the debate found the majority of viewers thought the opposite. Clear proof of media bias, they responded.

“The policy requires profiling,” I responded. “The police aren’t stopping and frisking everyone, just some people in some neighborhoods.”

My conservatives were not happy with me. They hooted and heckled. Some students of color dropped the class. They weren’t happy either. A white Bernie supporter, a dead ringer for Paul Bunyan, came to me after class and said he wanted to beat the shit out of these kids. I told him to keep his cool, they weren’t worth getting expelled for.

In a series of classes on American political economy, my conservatives grew angry and began heckling again when I pointed out that supply-side economics had hollowed out the middle class, hurt the working poor, and created levels of wealth inequality not seen since the Gilded Age. “The top 1% of income earners pays half of all income tax,” one student protested. “The rich are being overtaxed!” I pointed out that this was a cooked statistic. Only about half of U.S. workers make enough money to pay income tax in the first place, and since the people at the top get paid hundreds of times more than the average worker, they have more income to tax.

At that point, I threw up my hands. “Guys, if you are going to get all your information from FOX, it’s no wonder your ideas are so skewed.” To this, the ringleader of the group replied that he didn’t watch much FOX. FOX, he said, was biased against Trump!

I have successfully taught students across the political spectrum in an open, democratic classroom for years now. Perhaps it is no longer possible. What changed? The line between respectable, rock-ribbed Republicanism and white nationalism is now blurred, maybe getting erased. 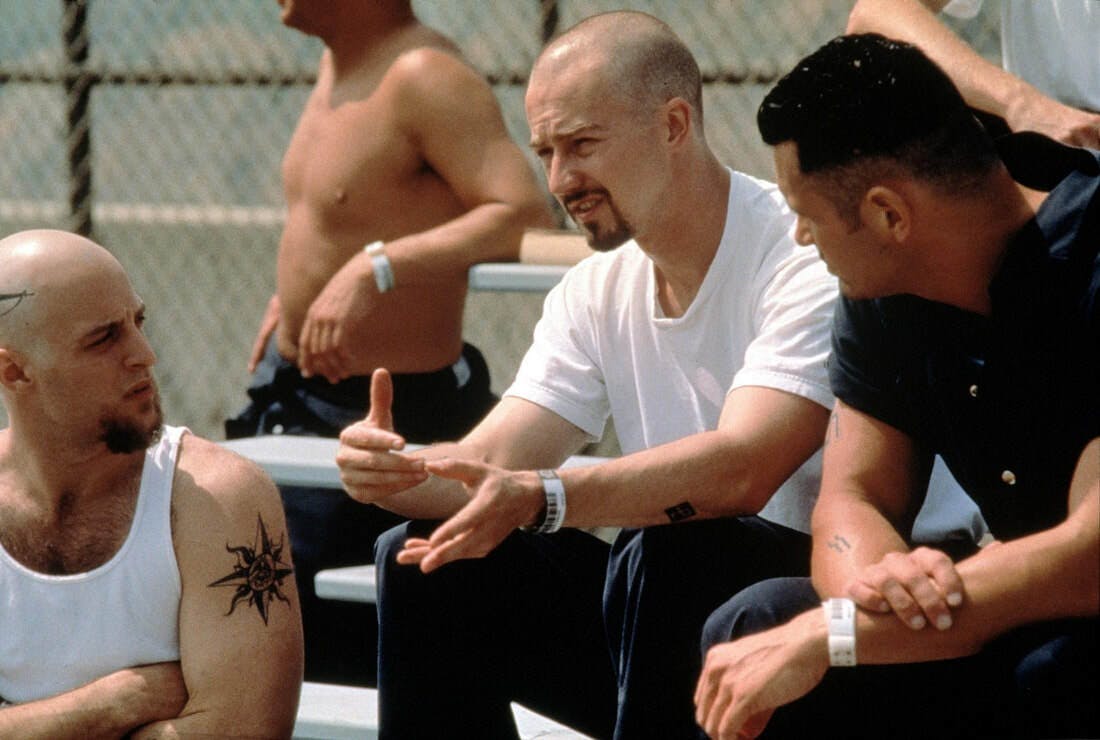 In the movie American History X, Edward Norton (center) plays a former neo-nazi who has a change of heart and tries to prevent his younger brother from going down the same wrong path.

This assertion, led me on a search that evening for media sources to the right of FOX. Not just Breitbart, but World Net Daily, Radix Journal and Daily Stormer. Where Breitbart and WND toy with racist and anti-Semitic memes, dancing the line to maintain some semblance of deniability, Radix and Daily Stormer are openly white supremacist/neo-Nazi propagandists. Black Lives Matter, for example, is not condemned as an anti-cop hate group, but as a “cancer” to be cut out, done in.

The next class, I threw a media continuum up on the board: from Mother Jones, The Nation, Democracy Now and MSNBC on the left to NPR CNN NYT, Wall Street Journal as variants of the center, and FOX, Breitbart, WND, Right-wing radio, Radix, and Daily Stormer on the right. The point I intended to make was that reliance on evidence-based centrist news provides the basis for independent thought.

Optimally, they provide the information, you decide for yourself what it means. “We are the new center!” claimed the ringleader of my new Alt-right conservatives. “No, you are not,” I responded. “The right is the right, the left is the left, and the center is the center.” To this, the class ended in another barrage of heckling.

The new center, eh? Perhaps I should have thrown them all out. But what would that prove? I have successfully taught students across the political spectrum in an open, democratic classroom for years now. Perhaps it is no longer possible. What changed? Trump and the Alt-Right have polished the lamp, the genie is out. The line between respectable, rock-ribbed Republicanism and white nationalism is now blurred, maybe getting erased.

One of my conservatives approached me in the hall after class. He is a quirky, good-natured kid. He seemed genuinely apologetic for the way he and his friends were behaving.

I asked him what he meant by that. He is a film buff and has a habit of explaining things by alluding to films he likes.

“Professor, have you ever seen American History X?” he asked.

“No,” I responded, “but I know what it’s about. Are you trying to tell me we have this problem in our classroom?” (American History X deals with Neo-Nazism.)

“How do you know that?” I asked. “Professor, I’m the only kid in my family who is not in the State Pen. My brothers are all White Power. Not all the kids in class are,” he said, “but they’re showing off for the girl in the middle, the one with all the tattoos. She’s White Power, for sure.”

So there you have it. The Alt-Right, White Power, whatever you want to call it, has come to class. Maybe it was a one-off, just a bad group, maybe not. Perhaps the most disturbing aspect of this development is that most of the kids in my American Government class were taking it as a prerequisite for a Criminal Justice degree.

They aspire to work in law enforcement.

You can draw your own conclusions about that.

J.P. McCabe is an educator, artist and writer who lives in rural Western New England. More about J.P. >