"There was Nothing We Could Do About it" 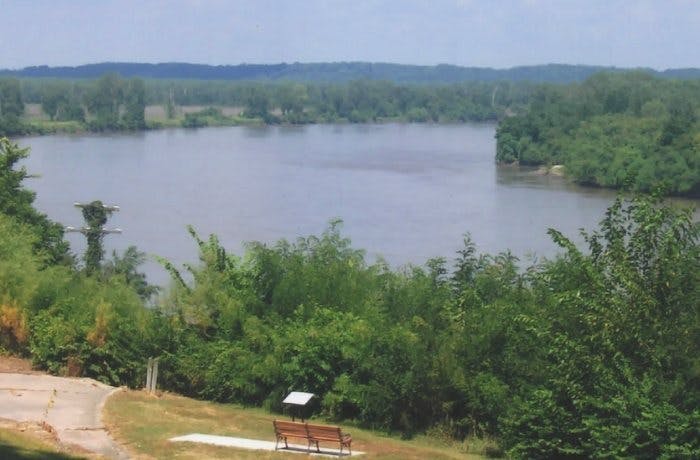 An idyllic spot on the Missouri River. How could someone mistreat people in such a peaceful place?

When I was about ten years old, and as I got older, my Uncle George’s stories, accompanied by the serious inflection in his voice, always commanded my attention.

He frequently told me about my maternal great-grandmother, Violet, who had been enslaved until 1865 by W. P. Wallingford from Platte County, Missouri. Uncle George was my mother’s brother. He always emphasized the middle initial “P” and Platte County in his stories, and that Wallingford fathered eight of Violet’s children, including my grandfather.

My family’s slave history was an injustice, and the person responsible was never held accountable for it. In my late fifties, with the help of a genealogist, I started to look for the Wallingford family.

When my plane landed at the Kansas City Airport, in July 2013, I was sixty-five years old. From my airplane window, I could see beautiful green rolling hills. Missouri was unexpectedly beautiful. I had imagined something that would reflect the ugliness of its history, the ugliness of slavery. 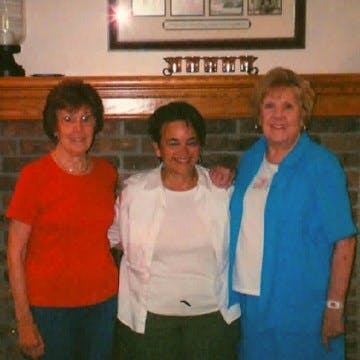 I was on my way to meet two inviting strangers, W.P.’s great-great granddaughters. Despite their openness, I was scared. My grandfather and his siblings were not recognized as members of the family. Did I need to be recognized? No. Did I need to claim him as my great- grandfather? Not particularly. Did I want a connection with the living Wallingfords? Yes, provided that it was positive. At least, I hoped for the recognition of our existence.

My intent was to find the people who had enslaved my Violet, but of course, they, including W.P., were long gone. Instead, I found two loving sisters, Dixie and Myrna, who had been unaware of the history of slavery in their family. Dixie had graciously invited me to stay with her while I visited Missouri and I humbly accepted.

That night, when I arrived from the airport at Dixie’s home, the two sisters met me at the front door.

I was grateful for the warm reception and immediately felt at ease with them. We had cocktails, ate dinner, and talked about our families as we identified them in family photos.

“Can you imagine how terrible it must have been for Violet, to have W.P. coming for you? That she had to submit to his demands?” one of the Wallingford sisters said. “It was terribly disappointing to realize he committed these sins, when he was postured by the family as someone to admire.”

“We are really sorry about it,” Myrna said.

The author narrowed down the area in Wallace, Missouri where her family likely lived, enslaved, and apparently isolated.

I had provided them with W.P.’s land records. From those records a local family friend had mapped out ten farm locations.

I wanted to pinpoint the area where Violet and her children had been kept.

“We think Violet lived with her children on one of his farms about an hour from here,” Myrna said.

Two days later, Myrna, Dixie, and I drove to the vicinity of Wallace, Missouri.

“There were four farms in this area,” Myrna said. “Violet probably lived on one of them with her children.”

I took photos of the lush green rural countryside, trying to wrap my mind around the fact that my family once lived here, enslaved, and apparently isolated. How could someone mistreat people in such a peaceful place? 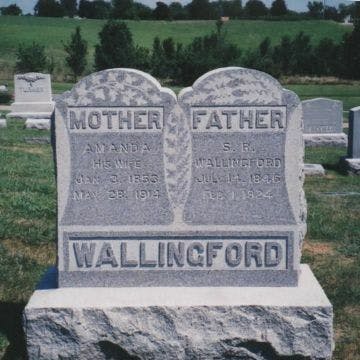 In nearby Dearborn, where Myrna and Dixie grew up, we visited the cemetery, and Myrna pointed to each Wallingford headstone, as she explained their relationship to me. I was grateful to the sisters for pointing out to me that they were my relatives, too. They expressed no doubts that we were related.

How would Violet feel that her great-granddaughter was getting acquainted with her enslaver’s kin, I wondered. In the only photo I have of Violet, her soft brown eyes mirror a gentle nature. I imagined that she would say to let the healing begin.

The trip gave me a lot of clarity. It was like a breath of fresh air. Now I am very close to Dixie and Myrna. They read all of my writing and give me advice and encouragement. I’ve returned to Missouri numerous times and found more family members, black and white. And fortunately, I was able to convey the sisters’ warmth to my mother who had always remained bitter about the exploitation of her grandmother, Violet.

It wouldn’t have been fair for me to make Dixie and Myrna feel responsible or guilty about the offenses of their forefathers. There was nothing we could do about it but embrace each other and talk about our feelings. That didn’t mean I had to forget what had happened. But now I could write about my family’s history effectively, without anger, and be an example for others to heal.

Antoinette Broussard is a writer, researcher, and public speaker whose work centers on documenting her ancestral roots. She is the author of African American Holiday Traditions: Celebrating with Passion, Style, and Grace (Citadel Press). Learn more about her and her work at antoinettebroussard.com. More about Antoinette > 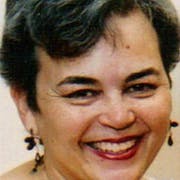