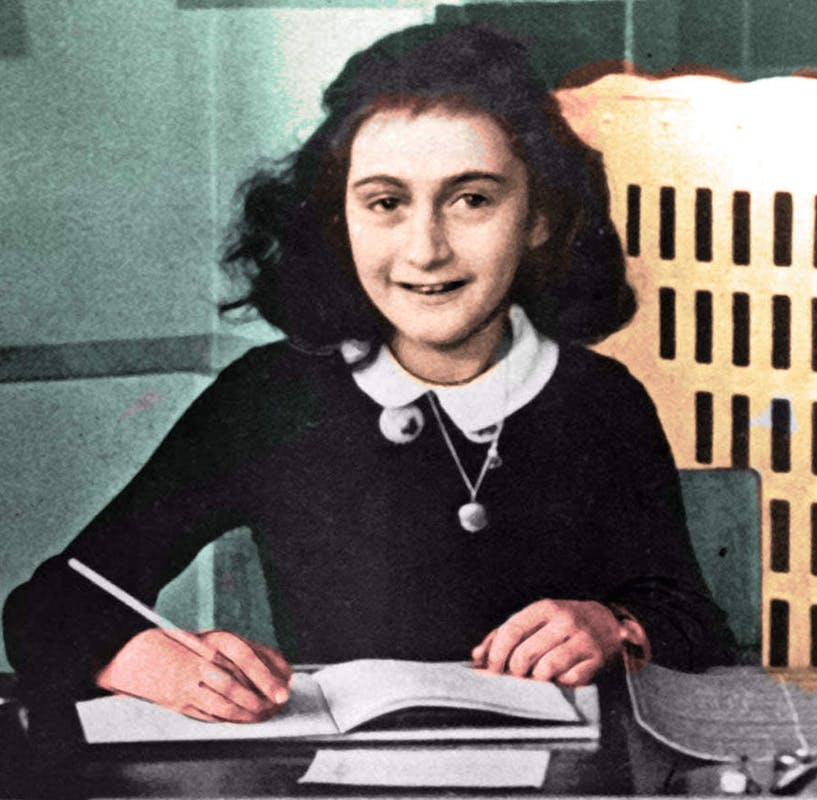 When I was three years old, my mother took me to visit the attic hiding place of Anne Frank in the Netherlands. My family was in Europe not for a trip, but because my father, a Bangladeshi Muslim immigrant to the United States, was stationed in Germany while serving in the US Army. I have no memories of the trip, but for my mother visiting Anne’s last home was very intentional. She wanted to bring her daughter to the home of a young Jewish girl who, generations ago, hid with her family in a cramped attic hoping for a peaceful world amidst one of the most brutally violent and xenophobic periods in modern human history.

Countless articles have pointed to economic concerns or the unheard financial cries of blue collar white America as the core reason for Trump’s appeal. Pew Research revealed, however, that the issues most considered “very big problems” by Trump voters were illegal immigration and terrorism.

Illegal immigration garnered the highest percentile, at 79%, terrorism was second at 74%, and third were economic and job concerns at 63%. I’m not painting individual Trump supporters in any particular way; of course, an individual voter could have a myriad of complex concerns. Yet the identification of immigration and terrorism as the top concerns are a red flag to me. These issues fan the flames of xenophobia into a wild fire.

Blaming Latinos and Muslims as the problem people at the heart of these issues has already led to scapegoating. Scapegoating against different minority groups isn’t new, but last week it was given validation by the person who will hold the highest office in our nation. White supremacists revel in this victory (as can be seen by the Klu Klux Klan’s planned victory rally in NC) and minority communities all over the country stand shell-shocked.

I am still shell-shocked. I was in Philadelphia, Pennsylvania for Election Day GOTV when the results started coming in. On the two-hour drive back home to northern New Jersey my heart grew heavier and heavier as state after state fell to Trump. And in that moment, one thought drove itself through my brain, over and over again, “If he wins, you have to leave, Nadia. You have to leave with your family.”
​
I knew better. This is my home, this is my son’s home. I am an American. I was born in California, my father and husband are US military veterans. Yet despite this, panic overtook me. I hadn’t imagined bigotry against my family and me being validated so openly.

My family now lies at the intersection of hate — hatred of people of Latin/Hispanic background — like my husband, of Muslims like me, of my young son, who is both. The President-elect campaigned on the backs of my family by making sure people fear us. He calls Mexicans rapists and wants to deport 11 million mostly Latino undocumented people and build a wall.

This is a man who wants to register Muslims and prevent all of them from entering our country. My son is a mix of both groups under attack. The intersection of hate lies within his little body. I can’t describe how that makes me feel as his mother. 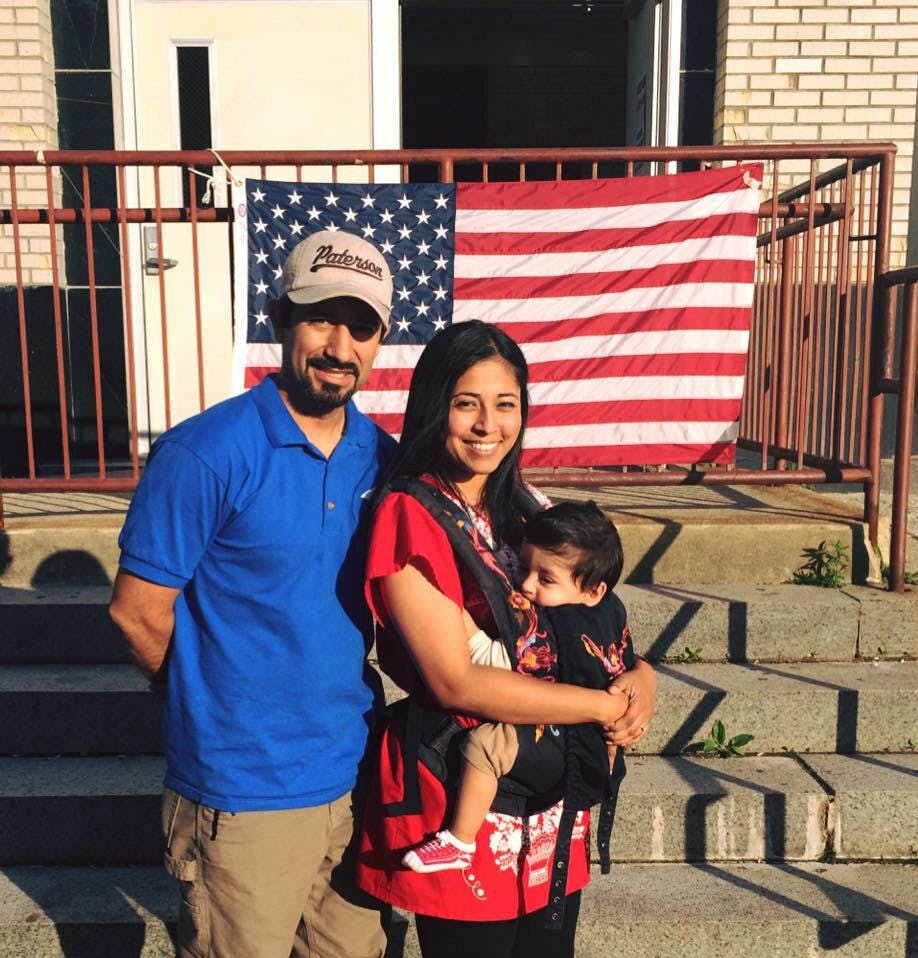 The author with her husband and son

The day after the election I could hardly look at my son’s face because I felt so ashamed of our nation and guilty for bringing him into a world I trusted to be better than it was.

I imagined us fleeing as refugees to Canada, escaping from anti-Muslim registrations and the persecution of nonwhite communities. Would they make us wear badges? Or would IP-address-tracking be a high-tech way to do the job? I thought about my husband and son and what could become of them in a worst-case scenario. These are terrible feelings brought forth in a haze of panic and shock. Some of you will dismiss them as overreaction, but for me they are grounded in grim realities.

They are made even more real because the dream home my husband and I bought only 2 months ago is in the middle of Trump country. Though our state of New Jersey goes predictably blue every presidential cycle, this town is 91% white and very very red. It is a town that never swung to Obama or Gore, which never bothered me before.

The Trump signs seemed more of an annoyance to me then because I was confident that reason and poll predictions would prevail and that all of those signs would just be a memory. Now they seem like neon signs telling my family to get out.

Not my town but it might as well be.

Any sense of comfort I had that this was a fleeting moment has disappeared. I wish I didn’t feel scared of my neighbors. I hope in my heart that they voted for Trump because they may have always voted Republican or because they had economic concerns, but I just don’t know.

I don’t know if they voted for him because they see families like mine as a problem that needs to be solved.

That is a horrible feeling. Now my home doesn’t always feel like home. The nights seem darker, our beautiful streets seem a more sinister and unwelcoming. These are the same people and streets that have always been there, but suddenly the security I didn’t know I took for granted has been stripped away.
​
My son is too young to understand any of this. This is the town I want to grow old in, this is where I imagine my son attending high school. I still hope for those things but now those dreams seem shakier, hidden in a darker haze of uncertainty.

Let there is light shining through. Recently a young boy from my neighborhood came to my door asking for donations for the local PTA. As I gave him a donation he shared that he was sad because Hillary lost. I let him know that I also was sad and what we needed to do was remember to love each other, no matter what our skin color or backgrounds were. He responded, “Of course, that shouldn’t matter, we’re all the same.”

This boy is white and maybe around 10–11 years old. After he left I felt some heaviness lift from my chest for the first time. If younger generations could understand and value this, then maybe we could still move forward together, maybe my son could be accepted for who he is.

I’m still not letting my guard down. Though Trump has seemingly gone back and forth on whether Muslims will get registered or not and people say he’s not really going to build a wall, he has already made some troubling steps.

He has appointed Stephen Bannon, the former head of the alt-right Breitbart News, as White House Chief Strategist. Bannon, who has openly spewed forth anti-Semitic, racist and misogynistic rhetoric, is solidifying white nationalism’s place within this new administration and in our country. I can’t help but see parallels to Joseph Goebbels, the propaganda minister in Nazi Germany who legitimized antisemitism and racism through media with catastrophic and deadly results. Again I hope I’m wrong. 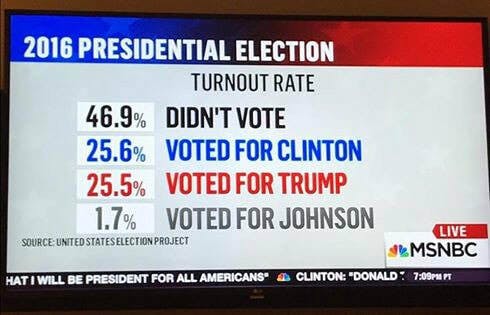 Another thing that gives me hope is that Hillary Clinton probably won the popular vote by as many as 2 million votes, and though my heart breaks when I see that almost half of the country didn’t even vote, it means that approximately 74.2 % of eligible voters didn’t vote for Donald Trump. That gives me somewhat more hope for my child’s future, though as the famous Edmund Burke saying goes “The only thing necessary for the triumph of evil is for good men to do nothing.” In this case, nothing has already done its damage.

As I try to go forward as an American, a mother and an activist, I know that I hope for the best but expect the worst. In a way I hope my fears and apprehension don’t fully go away because I need to stay alert and vigilant. I will not be lulled into alignment and complacency with any policies or rhetoric that violate civil and human rights. Our communities must build ourselves up from the grassroots and keep pushing forward for our rights and for the rights of all of our children. We must not give up. We must push forward.

In the words of dear Anne Frank:

“How wonderful it is that nobody need wait a single moment before starting to improve the world.”

Now is that time, we cannot wait. 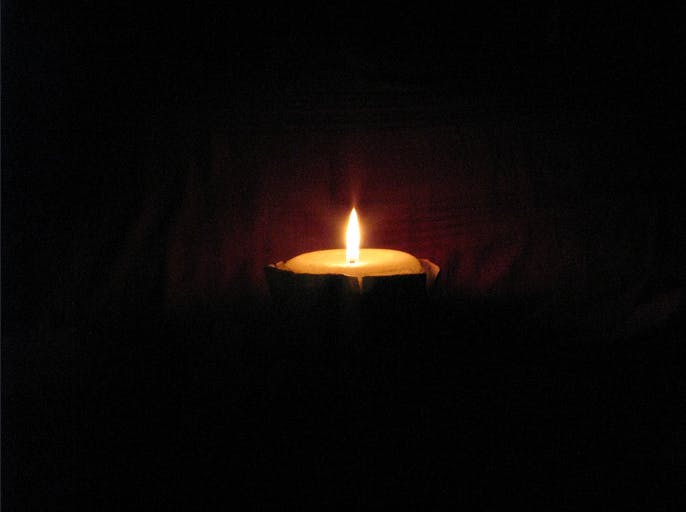 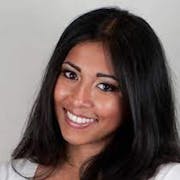