“You can’t be two races. You have to pick one: white or black.”

Above: A student's reflection after we actually talked about race

“Those are the only two options?”

Confident nods all around.

Everyone freezes. Some students look down. The previously confident speaker turns red.

My students understand that I am not white or black. But they are uncomfortable pushing beyond that thought because it’s not something that is polite to talk about. It’s an awkward topic and not something that you are supposed to ask questions about.

It is an odd sensation to be facing ten and eleven-year-olds you work closely with five days a week and discover that they don’t believe part of your identity is even an option. As someone of South Asian heritage, I consistently receive questions about where I am from or where I was born, but this was a new situation for me. My students’ tangible discomfort also made me pause. They are generally very open and comfortable around me, but this was new territory that they had clearly been taught to avoid.

I also had to confront how this statement made me feel. Apparently, I was so much “the other” that my students didn’t even have language that included me. My students live in and around an urban area. They themselves are also not all “white” or “black.” However, none of my students seemed inclined to contradict the statement that there are only two races. I had two issues to confront: the factual inaccuracy and their palpable discomfort.

I started by telling them that I identify as Indian-American and South Asian since my parents immigrated to the United States from India before I was born. Some students thought that Indian-American and American Indian were similar, or at the very least were unclear about the difference. I added that I might also say that I am Asian American. This caused confusion of another sort.

First, we looked at a map of Asia. Then, we expanded the map so we were looking at a map of the world.

Next, we looked at census categories and data about race in the United States. We also read an article about how the census categories don’t work for everyone and learned about the campaign to add MENA (Middle Eastern and North African) as an option.

Trying to think about it less personally, I ultimately realized that this is why we MUST embrace diversity in a real, humanizing way. We need to learn about many different people and multiple facets of their identities or the narrative will never change.

I talked to teachers of younger grades in my school about expanding the vocabulary they use and teach. But truly, greater diversity is key to making that vocabulary relevant. If we had more people of color on our staff and the students heard or learned more about ALL aspects of their identity, they might come to recognize that humans rarely fit into neat categories and that is not something to be embarrassed about, but rather something to celebrate. 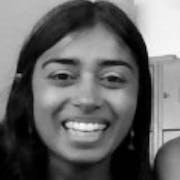