Books that support kids to think critically about racial inequity

We asked the folks at Lee and Low Books, the largest multicultural children's book publisher in the U.S., to recommend books that are great read-aloud stories AND tools for helping raise kids who are brave, thoughtful and informed about race. In other words, kids who embrace race! In response, Lee and Low's Literary Specialist, Katie Potter, created four lists of fantastic stories for kids, one for each of the four, broad goals for the work of the EmbraceRace community. Here are those lists (thanks, Katie!):

Books that support kids to think critically about racial inequity

​It’s imperative for children to engage with texts that elucidate racial disparities. The books on this list present injustices that people of color and Native people have experienced historically and in present day, and how characters and historical figures have combated these issues. 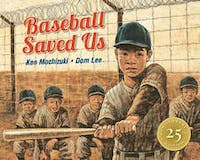 After the Japanese attack on Pearl Harbor, Shorty and his family, along with thousands of other Japanese Americans, have been forced to relocate from their home to Camp. One day Shorty’s dad looks out across the desert and decides they should build a baseball field. Fighting the heat, dust, and freezing cold nights, the prisoners need something to look forward to, even if only for nine innings. So in this unlikely place, surrounded by barbed-wire fences and guards in towers, a baseball league is born. And Shorty soon finds that he is playing not only to win, but to gain dignity and self-respect. 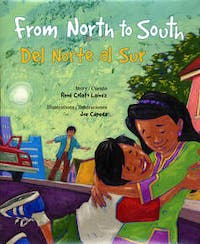 Near the border, the cars began to move very slowly. “Papá, go fast. I want to see Mamá,” I said.

José loves helping Mamá in the garden outside their home in California. But when Mamá is sent back to Mexico for not having proper papers, José and his Papá face an uncertain future. What will it be like to visit Mamá in Tijuana? When will Mamá be able to come home? 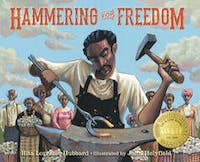 Born into slavery in Chattanooga, Tennessee, William "Bill" Lewis learned the blacksmith trade as soon as he was old enough to grip a hammer. He proved to be an exceptional blacksmith and earned so much money fixing old tools and creating new ones that he was allowed to keep a little money for himself. With just a few coins in his pocket, Bill set a daring plan in motion: he was determined to free his family.

Winner of Lee & Low’s New Voices Award, Hammering for Freedom tells the true story of one man’s skill, hard work, and resolve to keep his family together. 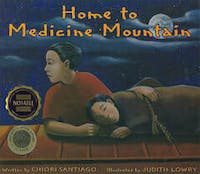 Two young brothers are separated from their family and sent to live in a government-run Indian residential school in the 1930s—an experience shared by generations of Native American children throughout North America. At these schools, children were forbidden to speak their Indian languages and made to unlearn their Indian ways. Sadly, they were often not able to go home to their families for summer vacation.

Native American artist Judith Lowry based this story on the experiences of her father and her Uncle Stanley. Judith and author Chiori Santiago tenderly relate how Stanley and Benny Len found their way home by train one summer. Inspired by their dreams of home and the memories of their grandmother's stories, the boys embark on an adventurous journey from the harsh residential school to their triumphant welcome home at Susanville, California, in the shadow of Yo-Tim Yamne (Medicine Mountain). 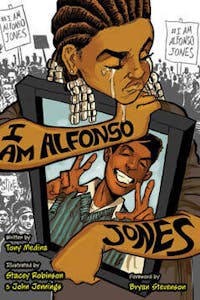 ​I Am Alfonso Jones

Alfonso Jones can’t wait to play the role of Hamlet in his school’s hip-hop rendition of the classic Shakespearean play. He also wants to let his best friend, Danetta, know how he really feels about her. But as he is buying his first suit, an off-duty police officer mistakes a clothes hanger for a gun, and he shoots Alfonso.

When Alfonso wakes up in the afterlife, he’s on a ghost train guided by well-known victims of police shootings, who teach him what he needs to know about this subterranean spiritual world. Meanwhile, Alfonso’s family and friends struggle with their grief and seek justice for Alfonso in the streets. As they confront their new realities, both Alfonso and those he loves realize the work that lies ahead in the fight for justice.

In the first graphic novel for young readers to focus on police brutality and the Black Lives Matter movement, as in Hamlet, the dead shall speak—and the living yield even more surprises. 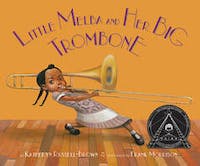 ​Little Melba and Her Big Trombone

Melba Doretta Liston loved the sounds of music from as far back as she could remember. As a child, she daydreamed about beats and lyrics, and hummed along with the music from her family’s Majestic radio.

At age seven, Melba fell in love with a big, shiny trombone, and soon taught herself to play the instrument. By the time she was a teenager, Melba’s extraordinary gift for music led her to the world of jazz. She joined a band led by trumpet player Gerald Wilson and toured the country. Overcoming obstacles of race and gender, Melba went on to become a famed trombone player and arranger, spinning rhythms, harmonies, and melodies into gorgeous songs for all the jazz greats of the twentieth century: Randy Weston, Duke Ellington, Count Basie, Billie Holiday, and Quincy Jones, to name just a few.

Brimming with ebullience and the joy of making music, Little Melba and Her Big Trombone is a fitting tribute to a trailblazing musician and a great unsung hero of jazz. 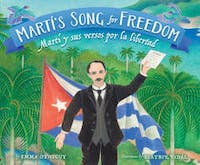 As a boy, José Martí was inspired by the natural world. He found freedom in the river that rushed to the sea and peace in the palmas reales that swayed in the wind. Freedom, he believed, was the inherent right of all men and women. But his home island of Cuba was colonized by Spain, and some of the people were enslaved by rich landowners. Enraged, Martí took up his pen and fought against this oppression through his writings. By age seventeen, he was declared an enemy of Spain and forced to leave his beloved island.

Martí traveled the world, speaking out for Cuba’s independence. But throughout his exile, he suffered from illness and homesickness. He found solace in New York’s Catskill Mountains, where nature inspired him once again to fight for independence.

Written in verse, with excerpts from Martí’s seminal Versos sencillos, this book is a beautiful tribute to a brilliant political writer and courageous fighter of freedom for all men and women. 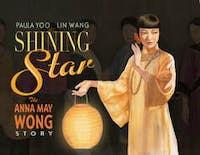 Born in 1905, Anna May Wong spent her childhood working in her family’s laundry in Los Angeles’s Chinatown. Whenever she could afford it, Anna May slipped off to the movies, escaping to a world of adventure, glamour, and excitement. After seeing a movie being filmed in her neighborhood, young Anna May was hooked. She decided she would become a movie star!

Anna May struggled to pursue an acting career in Hollywood in the 1930s. There were very few roles for Asian Americans, and many were demeaning and stereotypical. Anna May made the most of each limited part. She worked hard and always gave her best performance. Finally, after years of unfulfilling roles, Anna May began crusading for more meaningful roles for herself and other Asian American actors.

Anna May Wong—the first Chinese American movie star—was a pioneer of the cinema. Her spirited determination in the face of discrimination is an inspiration to all who must overcome obstacles so that their dreams may come true. 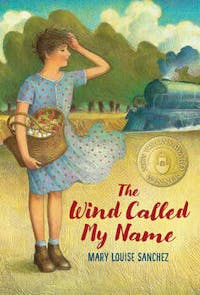 ​The Wind Called My Name

Some days, ten-year-old Margarita Sandoval feels as if the wind might blow her away. The country has been gripped by the Great Depression, so times are hard everywhere. Then she has to leave her família in New Mexico -- especially her beloved Abuelita -- to move to Fort Steele, Wyoming, where her father has taken a job on the railroad.

When Margarita meets Caroline, she's excited to have a friend her own age in Wyoming. But it often seems like Caroline, like many other people in town, doesn't understand or appreciate the Sandovals' Hispanic heritage. At the same time, the Sandovals discover that Abuelita might lose her home unless they can pay off her tax bill. Can Margarita keep her friend, help her family in New Mexico, and find a place in Fort Steele for good? 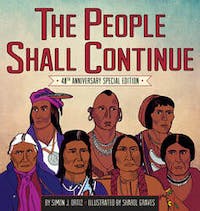 ​The People Shall Continue

Many, many years ago, all things came to be.
The stars, rocks, plants, rivers, animals.
Mountains, sun, moon, birds, all things.
And the People were born.

Told in the rhythms of traditional oral narrative, this powerful telling of the history of the Native/Indigenous peoples of North America recounts their story from Creation to the invasion and usurpation of Native lands. As more and more people arrived, The People saw that the new men did not respect the land. The People witnessed the destruction of their Nations and the enslavement of their people. The People fought hard, but eventually agreed to stop fighting and signed treaties.

Many things changed and became more difficult, but The People continued to farm and create crafts. They remembered and told their children, “You are Shawnee. You are Lakota. You are Pima. You are Acoma. . . . You are all these Nations of the People.” The People held onto their beliefs and customs and found solidarity with other oppressed people. And despite struggles against greed, destruction of their lands, and oppression, The People persisted.

Katie Potter is the Literary Specialist at Lee & Low Books, the largest multicultural children's book publisher in the U.S. More about Katie > 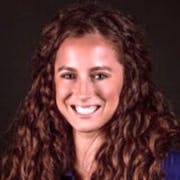