A Defining Moment Lies in Front of Us, Yearning to Be Embraced. Again. 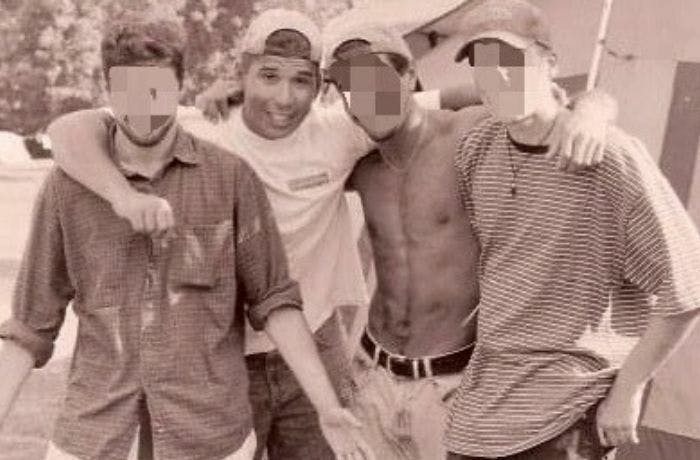 James Baldwin said that “Not everything that is faced can be changed, but nothing can be changed until it is faced.” Normally, I face my own unrest quietly.

For some reason, today is different.

Lately, I’ve had a recurring memory from my private high school. For context, my high school was acknowledged as a nationally recognized school of excellence in the early 90s. It was not acknowledged in any way for diversity. There was one black student in my graduating class and no teachers of color. There was one biracial student, me. 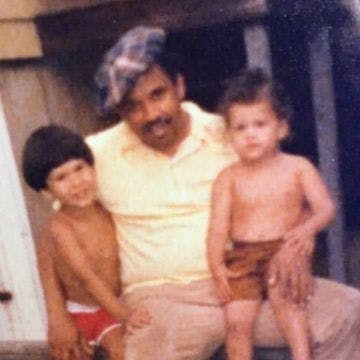 Over my four years there, I became a connoisseur of slurs: mulatto, moolie, zebraboy, nigger, spic, wetback and the like. As a teen, I was silenced by the fear that happens when danger is sensed. As an adult, I write these slurs freely, because I own them.

Most of these recurring memories circle around a classmate named Bill. Starting Freshman year, Bill would say that after college he was going “to become a police officer and bust all the niggers.” He would look at me and say, “But not you. You know, niggers.” He was so committed to this phrase and ambition that it was also his senior quote in the yearbook, except he replaced “the niggers” with “them all”. After some research online, I see that he was recently promoted to Lieutenant within the Massachusetts police department in which he serves. 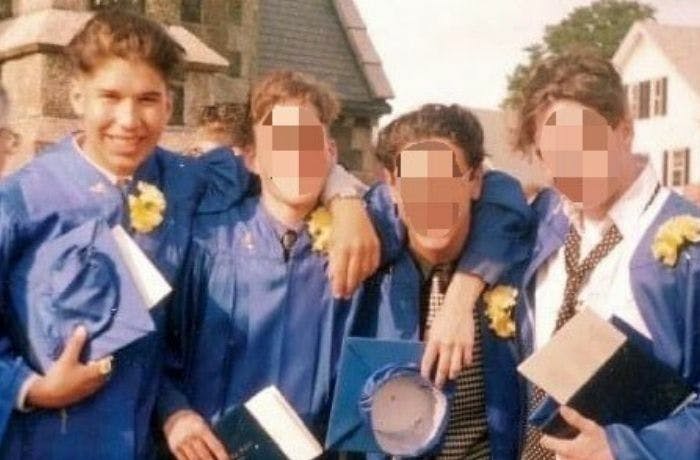 The author at his high school graduation in 1993.

As the events associated with Covid-19, George Floyd, Breonna Taylor, Ahmaud Arbery, Christian Cooper, and Rayshard Brooks unfold, the inequities of America are on full display. Still, our shock over these events is finite, and lasts only until the next trending event. Social media is full of well-intentioned White folks offering pictures and posts connecting their own solidarity, grief, and outrage with the experiences of people of color. However, at this point in history, these gestures alone do not fuel change. Simply caring is no longer enough. Here’s how to be an ally: 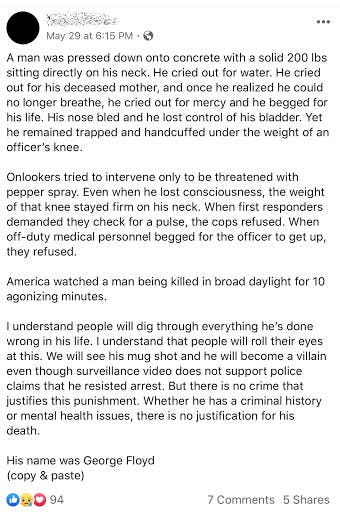 Bill and I were sophomores and juniors during the arrest, trial, and aftermath of the savage Rodney King beating. “Can’t we all get along?” was mocked as a tagline in 1992 in the same way that the #GeorgeFloydChallenge was trending on social media in the days following Floyd’s murder. We have been here before. This time, challenge those within your circles - family, friends, and colleagues - over words, ideas, or sentiments which are foundationally racist. Move beyond creating safe spaces to create brave spaces.

Vote for the big elections and the local elections. Vote for the candidates you believe can reunite the tears in the fabric of society. Exercise this right at every occasion. Call and write your elected officials frequently. Voter suppression is a real thing. Stay vigilant.

Reflect on your own internalized response to racism.

Dr. King said that rioting is the language of the unheard. Dissent is quintessentially American. If people continue to be disenfranchised and murdered in full view of the country, we deserve to be angry and loud in order to be heard. Your disapproval of protests shouldn’t outweigh your disapproval of police murdering Black Americans.

We all need to be active architects of the world that we envision. Without active engagement, xenophobia, homophobia, and racist propaganda can creep their way into even the most steadfast equity strongholds. This work starts at home: start teaching your kids early. If you don’t know how to start, just start. Empower your kids to be the architects of their future. Revisit these difficult discussions often. 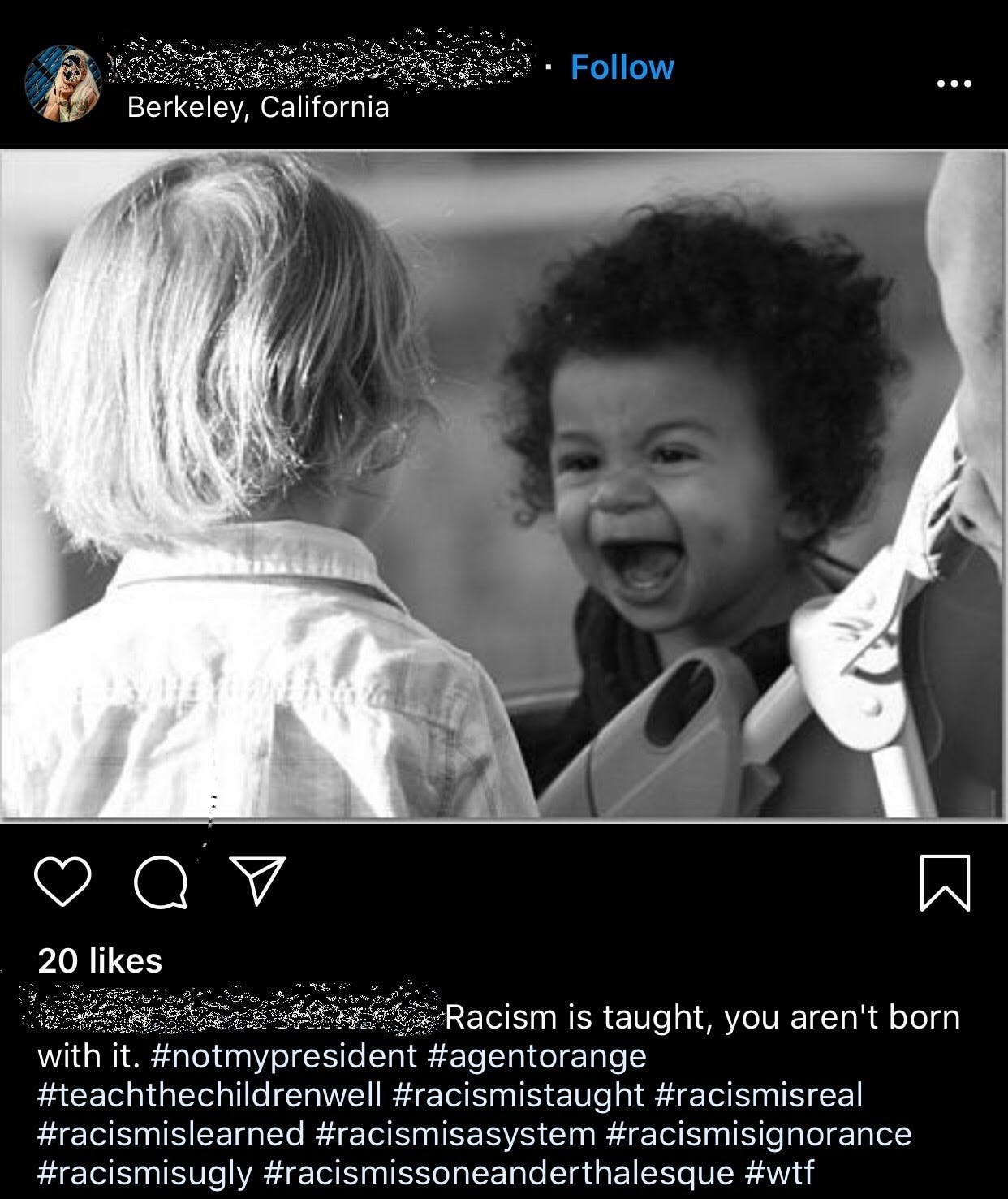 Welcome and Learn from dialogue.

There is too much vitriol and rancor that is being modeled for our society, communities, and children. For my Black and Brown people, recognize your White allies. See people who are not able to walk in your shoes, but will walk by your side. Be offended, but have patience for the insensitive remarks that they may make while grasping for understanding.

For my White people, respect the anger and pain.

Police brutality and police aggression are real for the Black and Brown community. There are inequalities and inequities that are deeply rooted within our society that buoy some while suppressing others. Don’t try to offer temporary solutions. Don’t make excuses. Don’t highlight advances that have been made. Don’t talk more than you listen. Don’t offer hope as a viable outcome. These conversations can be messy and uncomfortable because they put our ignorance on display. It’s easier to walk away than engage. Don’t walk away. Engage at every opportunity that you can. 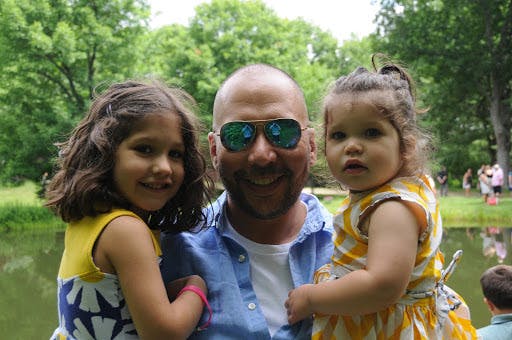 The author with his two of his three children.

I believe that these are the steps that change us and our perspectives. Perhaps Desmond Tutu said it best, “Do your little bit of good where you are; it’s those little bits of good put together that overwhelm the world.”

These could be your little bits of good. I ask for a little bit.

Christopher Dancy is a middle-school science teacher trained in the pedagogy of the DEI space. He lives in Boston with his wife and three children. More about Christopher > 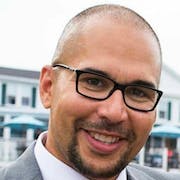