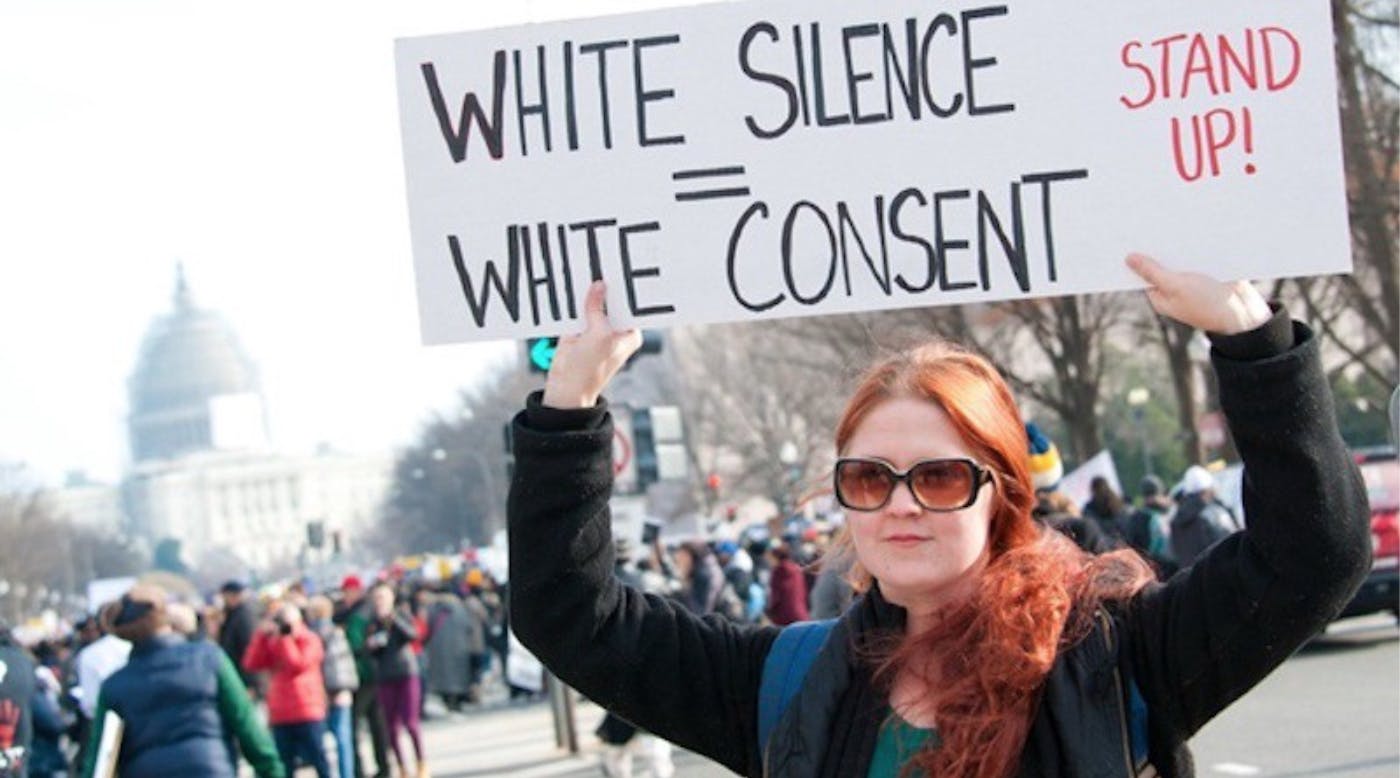 Back in 2015, I was on a camping trip in the Catskills with some new friends. My partner and I had just moved to New York from LA, and were trying to scratch the camping itch. We were the only people of color in our party, and what seemed like the entire campsite. This is not a new phenomenon for us, as avid campers, so we just did our thing. Frito Boats!

As folks do, we were drinking around the campfire, talking about all sorts of topics. Somehow, we found our way into a conversation about white privilege and racism. I don’t remember who brought it up (probably me) but as it happens, I found myself doing a lot of explaining to our group of white folks.

Keep in mind, this was prior to Donald Trump announcing his Presidential candidacy, and prior to the normalization of white supremacy at the highest levels of public office. This was also prior to the level of consciousness around white supremacy that many (progressive/liberal) white folks understood. Despite this, the conversation was fairly productive and everyone seemed pretty receptive.

Everyone but Becky. Her name’s not really Becky, but let’s call her Becky.

Becky disagreed. Becky felt attacked. Becky felt my criticisms of white supremacy and therefore acknowledgement of white privilege, as a personal attack on her. Becky pulled out a couple of the most classic white people deflection tactics.

Colorblindness: Becky believes color doesn’t matter. Becky does not harbor any overt racial resentment, so she can’t be racist. Becky doesn’t believe in race, so she does not believe in white privilege. Becky didn’t grow up rich, she worked hard for everything she had (a fact I never disputed). Becky believes she and her parents pulled themselves up by their bootstraps, and the color of her skin had/has nothing to do with that. Ok, Becky.

Reverse Racism: Becky thinks it’s racist to talk about race. She believes, that to say she has white privilege because she is white, is a racist concept. Becky felt personally attacked because she is white, and while I never once made an argument that personalized the issue to her, my critique of whiteness, was a trigger. At no point did I ever say or imply that anyone, including Becky, was not a hard worker. But she fixated on this. Ok, Becky.

Becky’s responses were a wonderful display of what Robin DiAngelo has defined as white fragility. She describes this as, “a state in which even a minimum amount of racial stress becomes intolerable, triggering a range of defensive moves.” As DiAngelo suggests, most white people “live in a social environment that insulates them from race-based stress,” as members of the cultural, political, and economic majority.

Now, there is a moment when speaking to white folks about racism and white supremacy, where people of color have to decide whether or not they are going to invest in the stress, annoyance, and other manifestations of toxic whiteness to get a white person woke. I had enough glasses of wine and decided to partake a bit. 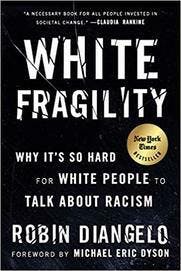 I spoke very softly and generally about white privilege and its relationship to structural racism (this is before white folks could hear the phrase white supremacy and not shatter to fragile little pieces), I spoke about it from an individualized perspective as well as a structural one. I shared experiences of having guns pointed at me and my best friend by the Los Angeles Police Department while searching for keys to get into our car. I spoke of being pulled over driving through white neighborhoods in LA, for nothing. I spoke of attending a segregated school that had separate classes for white kids.

I then spoke about mass incarceration, and the racism embedded in our social, political, economic and educational infrastructures. I talked about the residual impact of slavery as the economic engine of white wealth, and the role each of our institutions play in upholding and perpetuating white dominance to this day.

In an effort to show empathy and offer an example, I also spoke of my own male privilege. I talked about the intersection of patriarchy and white supremacy, invoking bell hooks’ White Supremacist Capitalist Patriarchy framing. I talked about my ability to walk around New York City intoxicated, wearing headphones, without worrying about threats to my body. I talked about why I walked my partner home from the train at night. I made simplified and careful points to cater to Becky’s fragility. However, Becky could (would) not hear me. Becky still felt attacked. Becky began to disengage. So I gave up.

We have to know when to accept defeat. I was frustrated, annoyed, and disarmed. Another failed attempt to woke a white person.

Suddenly, two white saviors (I use this term as a positive in this rare instance), my friend Zach, and Becky’s brother picked up where I left off. And this is where things got weird/amazing/terrifying. They began to re-explain all of the compelling points I had just made. They talked about their own pathways to understanding racial oppression, they spoke of their own white-male privilege. They pulled from my playbook. Now this is another rare moment when two white dudes plagiarizing my work was acceptable, and actually helpful. But to my surprise, Becky started to get it, or accept it. She was able to accept some basic realities of privilege. She did not feel attacked by Zach and her brother.

I almost fell out of my chair (also probs a bunch more glasses of wine in). How did she get it? Why did she get it? What the Fuck? Then I realized, she didn’t “get it,” she “accepted it” from two white men, who were able to speak to a shared identity and struggle to understand whiteness. Then the lightbulb. I got it. Her white ears, needed to hear the truth from white lips.
​
At first, I was furious. I felt disarmed, inadequate, and hopeless in the face of white Amerikkkan racism. How are we going to transform white people into anti-racists if they only listen to other white people?

But then it dawned on me, and a massive weight seemed to lift from my shoulders. It is not my job to educate white Amerikkka on white supremacy. It is Zach’s job, and it is Becky’s brother’s job, and maybe even Becky’s job, eventually. And now they know that. Zach told me this much almost two years later, drinking in a bar. That moment was just as critical for his journey towards dismantling white supremacy as it was for me.
​
Both Zach and I had a realization that day. For Zach, it meant realizing that he can and must use his privileged voice to speak in the name of racial justice. And to round up as many other white folks as he can. It meant realizing it is his responsibility, and not mine. 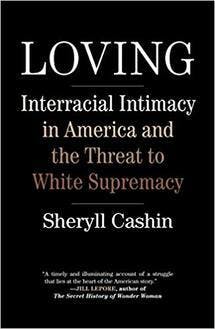 I realized the same thing. This realization has liberated me. The idea that it is the responsibility of white allies to educate other white Amerikkkans on the role white supremacy plays, not just in the minds and ideas of all of us, but in our society. In her brilliant book Loving, Cheryl Cashin argues that we don’t need to transform all white Amerikkkans into anti-racists, just a critical mass to shift political power, towards more pluralistic and truly democratic structures. This point makes the work more attainable. The thought that we should try, but don’t need to convince all of white Amerikkka that white supremacy exists, is powerful. Especially in a moment when racial politics seems so toxic.

This experience has not soured me fully on talking to white people about race. But it has shifted where I am willing to place my energy. It means that I support my white friends and family in building their understanding of racial justice, so they can become agents of change amongst their fellow white folks. It also means that I must speak to people in my own Latinx community about our investments in whiteness and anti-black racism. It means I must build in solidarity with Blacks, Asians, Muslims, LGBTQIA, and anti-racist white folks.

To my white co-conspirators:

Remember: white lips to white ears. If you ever wanted to be a white savior, here is your opportunity. Amplify the voices and narratives of POC in discussions, use your voice to speak to your friends, family and communities about racism and white supremacy (be strategic), but know when it is time to be quiet and just listen. Disrupt racist ideas or behavior in your circles and workplaces. Watching Zach actively engage in conversations online and in public about white supremacy and anti-racism is powerful.

Check out the group: White Nonsense Roundup on Facebook. They have the right idea:

“We believe it is our responsibility to call out white friends, relatives, contacts, speakers, and authors who are contributing to structural racism and harming our friends of color.”

​To my fellow POC:

“Kick off your shoes and relax your feet…

​Let white folks round themselves up. I hope this story offers a little bit of all three for everyone. 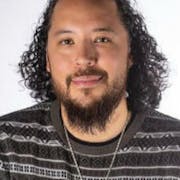