What is “The Talk” White parents should have with White children? 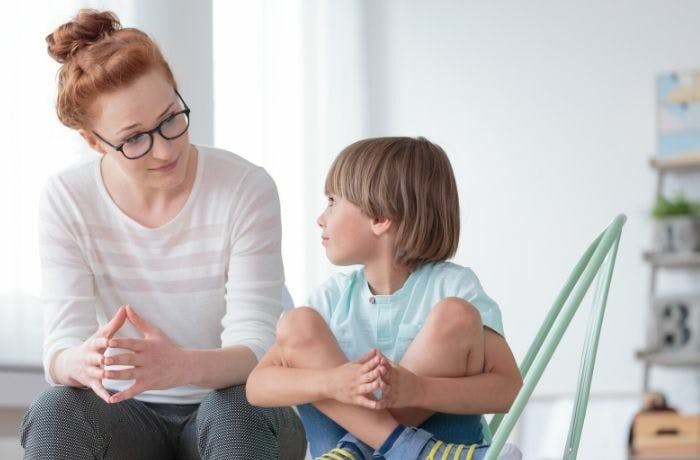 If you are a White parent of a White child, and you are having some aha moments about the extent, depth, and prevalence of racism in our country, or you’ve had this awareness for some time but are having a different kind of aha moment (i.e., reckoning with your own participation in this system, your own privilege, and a true desire to do something about it), talk to your children. Not about equality in general, or the importance of standing up for what is right, or the history of civil unrest in our country, or the greatness of Dr. King, but about White supremacy, systemic racism, and Whiteness.

This is not a talk about kindness in general, or the beauty of diversity, or how we can celebrate our differences, though those talks are also important. The talk I am speaking of is much harder for White parents to have. It is the truth about bias and racism and how we all have it.

Several years ago, I surveyed White parents of White children at the elementary school where I teach, and had in depth conversations with about a dozen of those surveyed, about how they approach the topic of race and racism with their children. Having taught at the school for almost a decade, I’d noticed some disturbing patterns in my kindergarten classroom. White students singled out Black students during conversations about the Civil Rights Movement, saying things like, “you mean he wouldn’t be able to go to my school?” What I wanted them to say was something like, “we wouldn’t be in school together,” which would have demonstrated an understanding that racism affects all of us, not just the Black students in the room. In addition, White students didn’t seem to know anything about race, or where their skin color came from. I heard disturbing things like, “dark skin is burnt skin,” or, about students of color in the room, “they look the exact same.”

Young children are busy sorting their environment, putting “like” with “like,” and we encourage them to do this every time we ask them to organize their toys, or, at school, find all the circles in the bin of shapes. When they do this with each other, we often become uncomfortable and want to silence them. The thing is, when we shush a child for noticing a racial difference, or when they say something misguided or biased, they don’t stop noticing or forming biases, they just learn to keep these observations and ideas to themselves.

This would be one thing if we lived in a world where everyone was treated equally, but we don’t. Young children receive messages from the media, from the books on their bookshelves, from what kinds of toys and dolls they play with, from who lives in their community, goes to their school, from who their friends are, and who their parent’s friends are, all the time, about race. These messages, as Beverly Daniels Tatum explains in her book Why do all the Black Kids Sit Together in the Cafeteria?, are full of biases about people of color. For example, if a White child only ever sees White people in positions of authority and power in her life, and only has White friends, as do her parents, and mainly reads books that feature White protagonists, and only ever hears stories of success about White people, she may very well begin to think that only White people can achieve.

We must actively work against these biases in order to help our children understand their role in fighting against racism. We cannot sit back, and hope that they will absorb this learning because we have taught them how to be nice, kind, inclusive people. There is a difference between being nice and being anti-racist, and, in fact, the two don’t often match.

We must actively work against these biases in order to help our children understand their role in fighting against racism. We cannot sit back, and hope that they will absorb this learning because we have taught them how to be nice, kind, inclusive people. There is a difference between being nice and being anti-racist, and, in fact, the two don’t often match. Often, being anti-racist is about speaking up against norms that are a part of White culture in this country, even though following those norms is considered “polite” and “civil.” Often, being anti-racist means calling out something a colleague, friend, or family member said, or did, knowing that this could sever the work relationship, the friendship, or the family tie.

How do we begin? I learned in my conversations that we often wait for our children to ask the question, or to be at an age we have deemed appropriate to learn these hard truths. The age is different for everyone, because it is based more on our discomfort with the topic then with their developmental readiness to hear it. By the time White children ask the question, or are “old enough,” they’ve already formed biases that are much harder to undo once they’ve taken hold. For example, a White student told me once that the reason women wear hair coverings is because they have dirty hair. Or, another White student said, in a discussion about where he saw people who weren’t White, that Black people are homeless.

What if these White children had learned, before they entered my classroom, the truth about systemic racism? What if they had learned that we all have biases, because we are in a country that was founded on these biases as much as on anything else? What if they had learned to be critical of the ideas they would form about people of color, and to always check in with a trusted adult if they were making generalizations? What if they had been taught that, as a White child in America, they had a responsibility to actively work against racism, which means being an ally, standing up for others, and, also, being aware that our country was founded on an extremely unfair principle, that simply being born with White skin afforded you privileges, such as the right to freedom, that Black and Brown people did not receive, simply because of the skin color they were born with?

I quickly learned ... that in order for us to have truly inclusive, productive conversations, my White students needed a foundational understanding of race and skin color, and what it means to be White, in order to prevent them from singling out students of color, as if they were the only ones in the room with a race.

Many White parents fear this talk will create divisions. I understand that fear.

As a White teacher, I had it for a long time. I worried that once my students were allowed to talk openly about all the differences around them, we would get to some brink of division from which we wouldn’t be able to return. I worried that by teaching them about racism they would look at each other in a new, distrustful light.

In fact, the opposite happened. The students were outraged about any topic of injustice, which five and six year olds often are, and always wanted to work together to solve problems, especially problems that affected them. I quickly learned, though, that in order for us to have truly inclusive, productive conversations, my White students needed a foundational understanding of race and skin color, and what it means to be White, in order to prevent them from singling out students of color, as if they were the only ones in the room with a race.

I suggest starting with the facts. This is true even if you are talking with older children. If your older child were struggling with advanced algebra, you’d return to some basic math concepts to make sure she had the foundational understanding first. You can apply this same reasoning to the talk about racism.

1. Make sure your child knows that skin color comes from melanin, the sun, and where someone’s ancestors are from.

2. Talk about what skin color is, and what it isn’t.

3. Talk about racism, and how skin color differences have been used to set up unfair systems.

4. Find examples of people, of all races, who fought and fight against racism.

5. Commit to breaking silences, proactively, even when it’s uncomfortable.

The most common reason White parents gave for not talking to their children about race was a sense of incompetency, or not having the right words. The majority of the White parents I interviewed said they had never or hardly ever talked about race as a child with their parents. Now is the time to break this pattern of silence. What if having our version of “The Talk” with our children lessens the need for Black parents to have their version of “The Talk” with theirs?

A Change Leader for Ashoka’s “Start Empathy” Initiative and Changemaker Schools Network, Madeleine Rogin has been an educator of young children for over 20 years. For the past 15 years, she has been a kindergarten and dance teacher at Prospect Sierra School in El Cerrito, CA. She has also served as a summer school Principal for a local public school district. Beginning in the fall of 2022, Madeleine will be the Program Director for Step One School, an Early Childhood Education Center in Berkeley, CA. Her book, Change Starts With Me, Talking About Race in an Elementary Classroom, is due out in May, 2022. More about Madeleine > 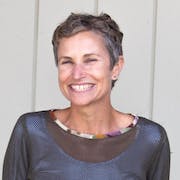