Sowing Seeds with my Daughter in A Troubling Climate 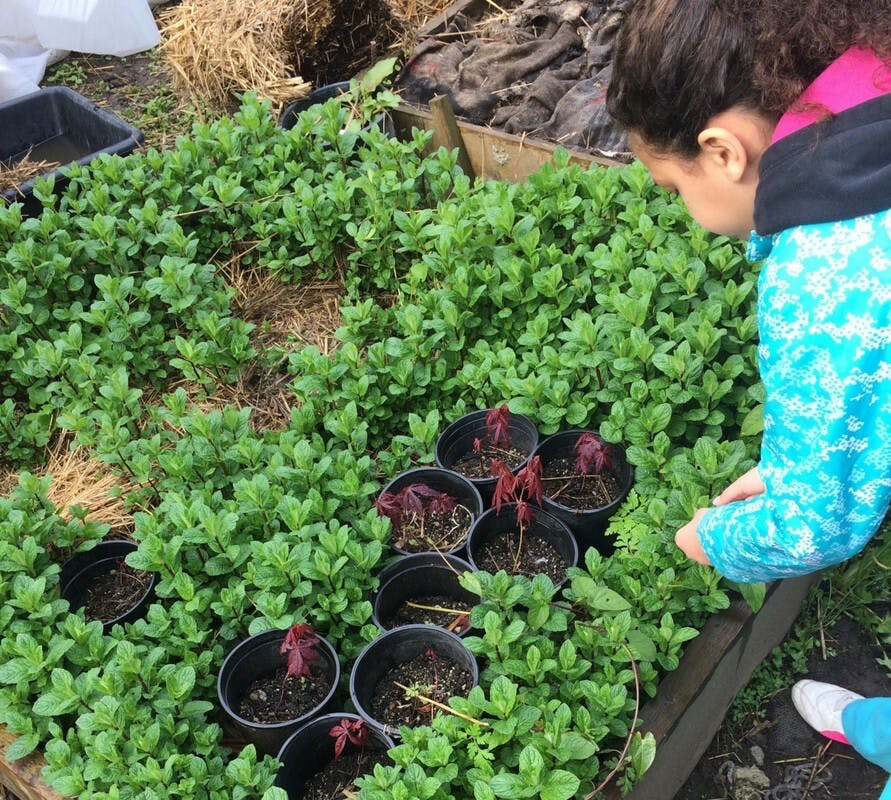 Gardening with my 9-year-old daughter has become a tradition, one that she and I both look forward to at the dawn of new springs. Urban gardening is a tradition I borrowed from my African American, Mississippi-born grandma. There is an excitement I get at the chance to dig in the soil with my daughter and nurture a plant that will give us both nourishment, the fruits of our labor. My daughter, a self-proclaimed “meat-a-tarian,” will set aside her picky eating habits to try the vegetables she has planted; she enjoys and takes pride partaking in something she watered and set in the dirt months prior. I, too, have found empowerment in the sowing and reaping seasons.Usually my daughter and I purchase already germinated plants; however, this season, we decided to start plants from seeds. We browsed the stores, for vegetables that would be a compromise for her “meat-a-tarian” ways. She happily grabbed seeds from the store shelves, reading the different germination and sowing lengths listed on the backs of the packages, some 30, 60, and even 90 days. We grabbed seed packages of broccoli, kale, lettuce, dahlias, tomatoes, bell peppers, and her favorite, butternut squash.
​
We bought soil and planting containers, carefully arranging our seeds in the soil, providing water, light, space and heat for our future vegetables to grow. Daily we check our plants, worrying if we are providing enough for our growing seedlings. Each time we see growth — green roots sprouting out of the darkened soil — we both smile and celebrate in excitement at even minuscule progress. We await germination and more sunlight to place them outside to grow fruit. 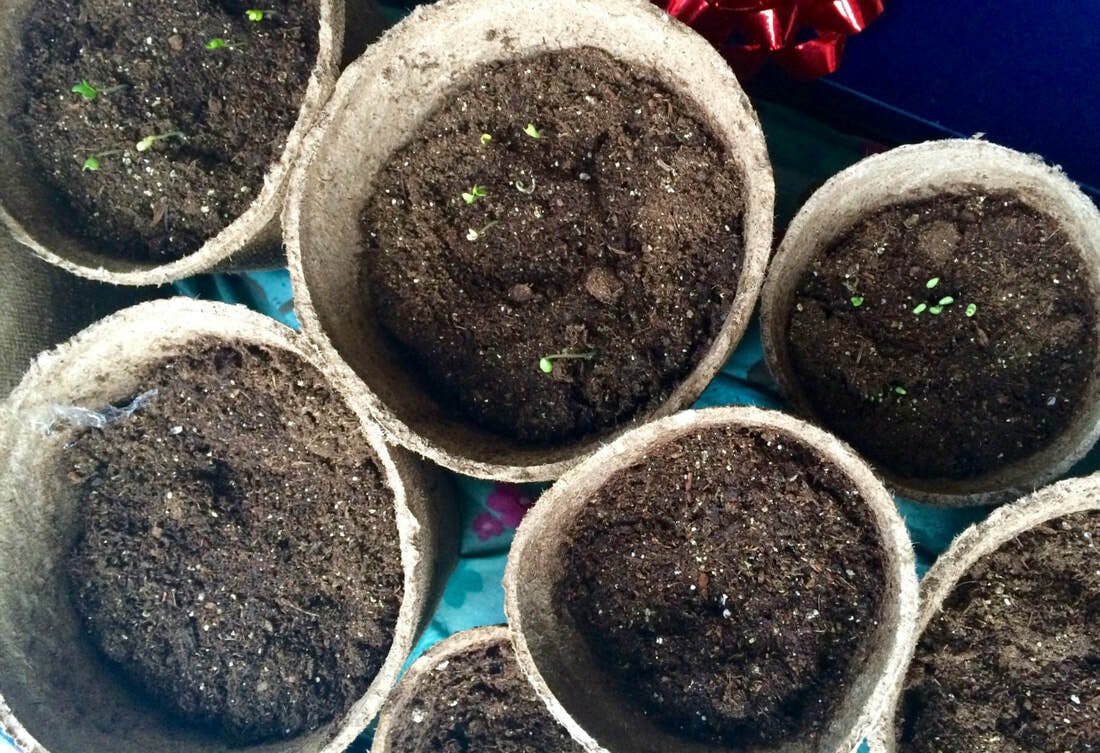 I recently realized how similar the seed sowing process is to raising my daughter in a socially and politically tough climate. This epiphany was sparked by my daughter voicing her disappointment with what she called a “failed protest” at her school. She and three other girls organized the protest in response to Donald Trump being elected president.

During the election, she expressed anxiety about the candidate for being a “bully,” the author of a proposed “cookie ban,” and for being a “racist.” The morning after the election results, my daughter and her classmates cried.
​
Inspired by our trip to civil rights historical sights in the South where we met Freedom Rider Dr. Bernard Lafayette, my daughter organized a protest as a way to resist a candidate she deemed unworthy of even being named on her homework folder, which was decorated with past and current presidents. Unfortunately, she was unable to attract many participants to her protest. I tried to encourage her, telling her that she was brave and, in fact, successful because she got the attention of the principal and was allowed to have the protest as an event at her school. I explained to her that even though the protest looked unsuccessful, her protest planted seeds — seeds of empowerment for other kids and adults around her. 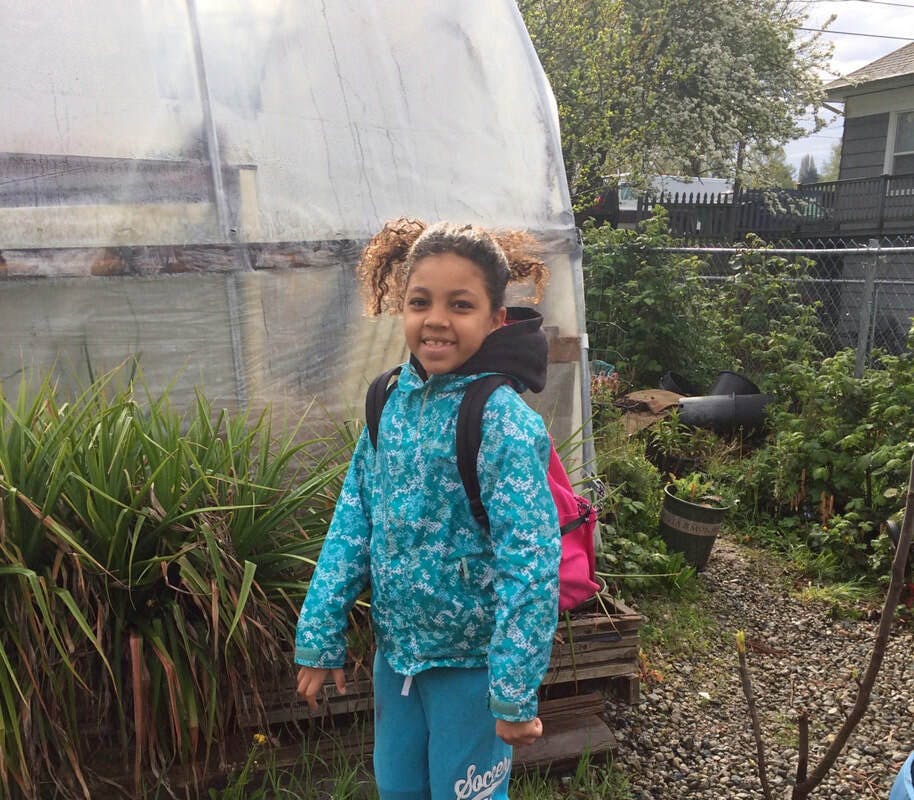 Although it had pained me to see my daughter’s disappointment in the political system and hurt at the overt racism involved in this election, I also saw hope and a leader with a strong voice in her response.

And after our conversation, I began to think of how supporting children through this political climate is much like the gardening process. My daughter and other kids are the seedlings requiring extra care and support, much like a stressed plant in an unwelcoming and unexpected weather pattern.

We parents can’t control the climate, but we can build the greenhouse. We can supply the warmth, light, and (organic!) fertilizer that can turn a hard sowing experience into a bountiful reaping season. My Mississippi-born grandparents — both from the first generation not enslaved — endured Jim Crow laws, and the Deep South before migrating north. Just as they sowed seeds that I was able to reap and benefit from, my daughter can reap the benefits of seeds I have sown, sowing her own resilient seeds and sprouting hope to outlast the current weather. 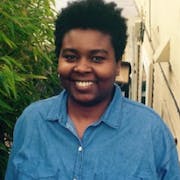