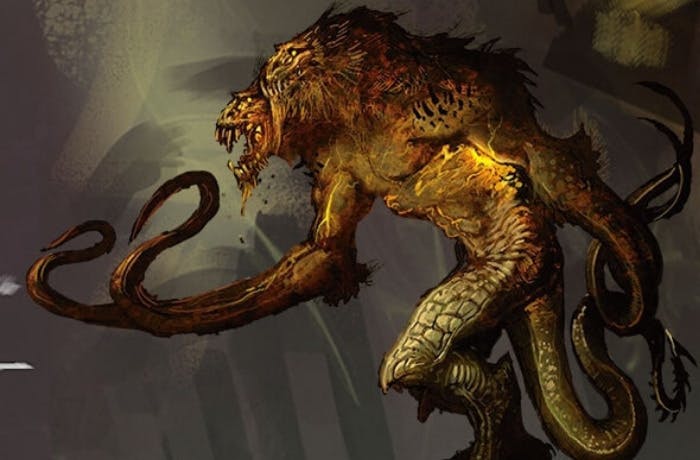 Demogorgon, one of the best know demon lords among D&D players.

On a recent holiday weekend, I binge-watched Stranger Things and relished every throwback to the 1980s that the series pays homage to such as when we used to ride our bikes to friends’ homes, played Dungeons and Dragons for hours, listened to the Clash on our Sony Walkman, or rode our skateboards. For a Pakistani woman growing up in the 80s in a small New England college town, Stranger Things is more than just a walk down memory lane to a simpler time when there was a conspicuous absence of technology and today’s pervasive cultural anxiety. There was also a refreshing absence of turban-clad, villainous bearded men dressed in black, sporting machine guns, and shouting “Allahu Akbar!” The bad guy, thankfully, was not a Muslim terrorist in the series, but a scary other worldly monster. ​

These nasty caricatures of Muslims in social media, movies, news, though, are a pernicious and inescapable symbol of Islamophobia that are being consumed as truths by children, but especially Muslim children. Their identities are being determined, whether overtly or inadvertently, by the actions of criminals - mostly in faraway nations they have never seen - by the communities they live in. Along with the regular childhood pressures of fitting in, having the right clothes and latest gadgets, there is this looming modern Demogorgon that hovers over Muslim children today that makes them feel unwanted, somehow un-American. Unfortunately, discriminatory policies, such as the Muslim ban, overt profiling by police, immigration officers and the FBI, and increasingly biased behavior by teachers and administrators all feed the Demogorgon. As a result, Islamophobia either causes children to shun their religious and ethnic identities to better fit in, or react against it by moving to the right, or even falling prey to extremist predators who manipulate their fears and confusion to nefarious ends. 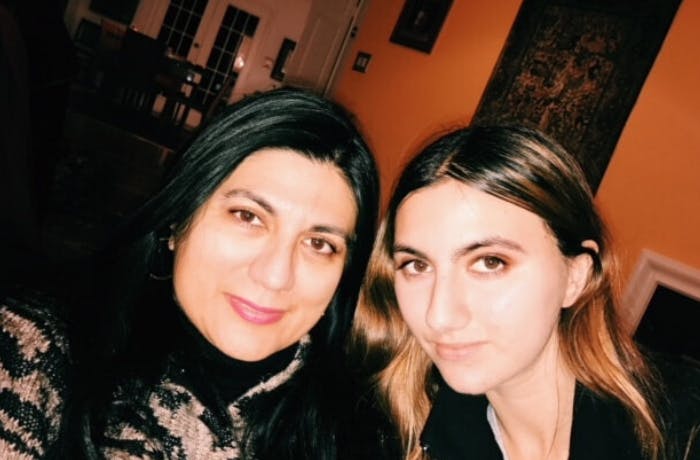 The author and her daughter, who have had very different experiences growing up Muslim in the U.S.

Along with the normal concerns about raising healthy well-adjusted children, Muslim parents are confronted with daunting challenges like, how do we protect our children from all the varied consequences of Islamophobia? How do we help them navigate discrimination and forge positive outcomes and identities in this cauldron of fear? While it is important for the Muslim community to come together to support our children, it is equally important to be part of a much larger conversation and movement that brings together people from different racial, ethnic and religious backgrounds who believe in creating a brave new world that is more equitable, inclusive, peaceful and safe for all of our children.

This is precisely why we need an organization like EmbraceRace that builds a diverse community to support children, parents and caregivers by providing tools to help build resilience and courage against discrimination while connecting different peoples who are all struggling with similar issues. In many respects, EmbraceRace creates a safe space for positive narratives of pride and hope and offers real-life examples of children and adults who are resisting the hate and remaining positive while trying to make an impact.

Hate crimes against Muslims have increased by a whopping 100% across the United States in 2017. While I was growing up in the 1980s, kids would occasionally tease me by calling me Pocahontas or Brezhnev (we shared an awesome unibrow). My elementary school peers considered me foreign, and had never heard of Pakistan or Islam, yet it did not stop them from playing with me despite my “weirdness.” Flash forward to 2017, right before November break at the Lake Braddock Secondary School in Burke, Virginia, a student’s hijab was pulled off her head by one of her teachers. When the parents complained to administrators, student, teachers, and principle of the school came to the overwhelming defense of the teacher. Alas, this is the world our children must negotiate today.
​
While these incidents sadden me, they do not surprise me, unfortunately. But I am hopeful because for every hater out there, there is a brave kid trying to inform, stand up for themselves and not willing to surrender to the Demogorgon. And EmbraceRace is nudging the believers along by creating change one person at a time so that our kids can focus on building meaningful friendships, exploring passions and stimulating their imaginations.

That's why I support EmbraceRace. Will you join me?

Nabeela is a mom who knows her Demogorgon from her Tiamat, which comes in handy living with her family in the DC Metro Area. More about Nabeela > 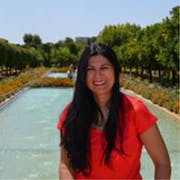