7 Ways to Highlight Resistance Efforts When Discussing Oppression with Children 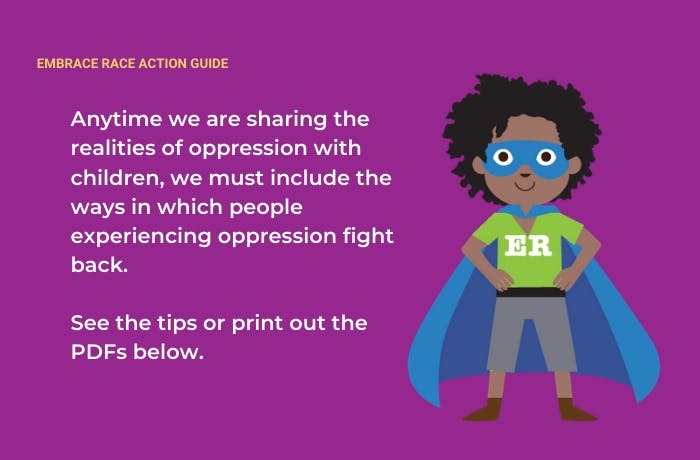 All children need to learn about oppression so they can identify it and contextualize it. But racism and white supremacy (and sexism, homophobia, etc.) can be painful and scary concepts for kids—especially when they match up with their lived experiences. They have to know that there are people actively working to fight against these systems. Anytime we are sharing the realities of oppression, we must include the ways in which people experiencing oppression fight back.

I love using children’s books as a vehicle for introducing topics to kids. There are some great books that teach kids (and adults) about real Freedom Fighters. Henry’s Freedom Box, Toussaint L’ouverture: The Fight for Haiti’s Freedom, The Streets Are Free, Little Rock Nine.

Fighting for liberation is still happening! There are a lot of folks who are doing the important work of fighting oppression today. Black Youth Project 100, 18 Million Rising, Presente.

Kids are much more likely to hear about cismen—King, Chavez, Peltier, Itliong—and not as much about the women and trans folks who have always been as critical in making change happen.

4) Include artists and musicians.

Every political movement has its art forms. And art and music are easy ways for children to connect to movements for freedom. You can even make political art together! Fela Kuti, Melanie Cervantes, Gordon Parks, LaToya Ruby Frazier.

From writing a letter to a representative to joining a march to organizing an action, there are so many ways for kids to make a real difference—beyond feel-good actions like coat drives and park clean-up.

We have to eliminate the White Savior role, which centers whiteness and portrays people of color as victims. But white kids should know that they can play an important support role when it comes to fighting racism. Emphasize and prioritize the efforts of people of color, but include white allies too. John Brown, Viola Liuzzo, James Ian Tyson. 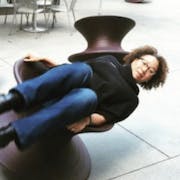