Reflections on Being a White Mother in a Mixed-Race, Mixed-Status Family 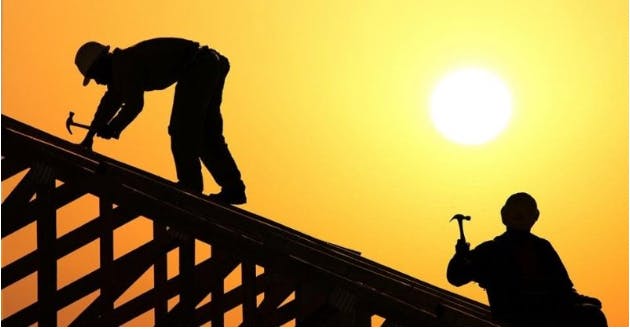 I stumble down the driveway with our five-week-old infant in my arms, in the hushed quiet of dawn. My eyes are gritty from interrupted nights and early mornings. My baby’s eyes widen to take in the contrast of dark trees and sky. Already, the sky is sullen with forest fire smoke and the anticipated heat of another 100 degree day.

​Soon, my husband will wake, and sit at our kitchen table to wrap his hands around his coffee cup and these few moments of silence before his day fills with both the brute sounds of roofing and those of our four and six-year-old sons.

He has pushed right through this heat wave. If he and his crew stop and rest at midday, it is only because the shingles will melt and distort from their weight, and not for the sake of their bodies. 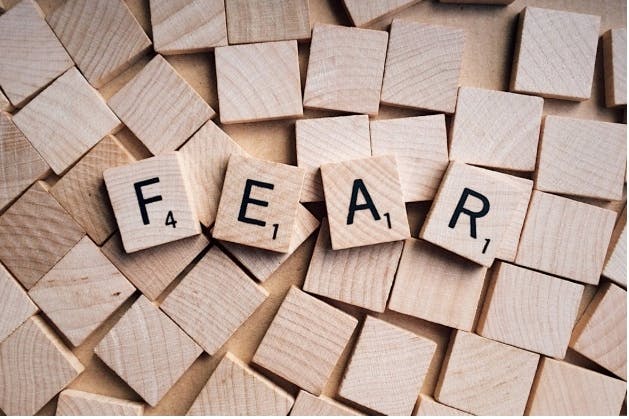 Three months ago, I sat outside the United States Citizenship and Immigration Services court room in Portland, as my husband offered testimony in front of a federal judge in his final bid for resident status, or a green card. I sat, just focusing on my breath coming in and out of my nostrils in my attempt to stay calm.

Suddenly, a middle aged woman rose from the other side of the room and walked over. She was the wife of a man whose case was also being heard. She came over and offered me a square of dark chocolate and a sympathetic smile, her eyes flickering at my pregnant belly.

I glanced up, and realized that in this moment, this stranger was one of the few persons in my life who understood what it is to wait while a federal immigration judge lays bare the intimate details of a family’s life and ultimately decides whether the wife, husband, and children, stuck together through the force of marriage, genes and grit, will stay together in this country or no.

I took both the bitter chocolate and her offer of kinship. She smiled and went back to her seat and began to pray again, her voice barely audible but urgent.

Ten minutes later, our lawyer pushed open the courtroom door adjacent to the waiting room. He was dignified in his gray, pinstripe suit and tie; however, his eyes found mine and shone. He told me, “Your husband was granted resident status!” and finally broke into a jubilant smile.

My eyes closed, and my body, heavy with our third son, was suddenly light. I didn’t know what to do with my arms. I looked down at my hands and they started to shake.

​The heartbreak of our last six years flashed in front of me, as linear as a line of roofing nails through shingles: receiving the official letter denying my husband’s bid for resident status, and mandating that he leave the country when I was nine-months pregnant with our second son; all the nights I would tense to hear someone walk past the door of our small apartment, in fear that it was an immigration official; the night that I heard my husband cry into his pillow after learning that his father had died, knowing that he could not return and grieve with his family and jeopardize our case; the chronic, emotional instability that resulted from not knowing if/when we would suddenly have to leave the country I had called home since childhood, financially broke from our legal payments and immigration fees. 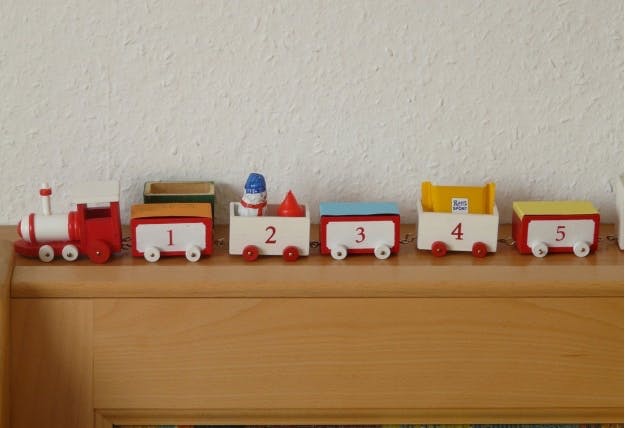 One month later, a well-meaning friend mentioned to me, that now that I “finally had the immigration case behind me,” I could help other families in this situation. Be more politically active. I agreed, reluctantly.

My hesitant “yes,” was not because I was 8 months pregnant with our third son. Nor was it because my husband — due to my insistence — was finally visiting family in Chile for a month, after a 12 year absence, and my daily routine of work and taking care of our six and four-year-old sons resembled boot camp.

My hesitant “yes” was because my urge to bear witness to the inhumanity happening around me was only equaled by my desire to hide myself in the life of just-a-pregnant-working-mother-of-two.

To let the news about disturbing, surreal, anti-immigration sentiment and acts be about something happening to someone else, somewhere else. Something I could disconnect from when I turned off the radio, or scrolled down to the next article. I was still bone-tired from our own war with the US immigration system. 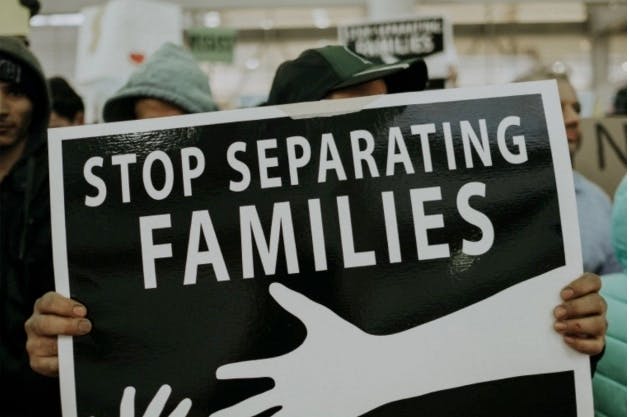 And so I keep stumbling through each day.

I grit my teeth at the signs in predominately white, middle class neighborhoods that proclaim acceptance and inclusivity in a rainbow of colors, from the safety of their yards.

I field well-meaning questions from my colleagues. Yes, a permanent resident is obligated to pay taxes. No, they cannot vote. Yes, this is taxation without representation.

And I listen to stunning, first-account stories from my resolute, fellow church members — largely first and second generation immigrants from El Salvador and their children — about young children and pre-teens coming up by bus, car, and on foot from their country, through Guatemala and Mexico, determined to risk the dangers of the journey in hopes of leaving the violence of their home country behind, and seeking out the illusive American dream in the US.

And I reel at the pragmatic tone of parent handouts outside of elementary classrooms which I visit as a consultant, which review in detail how to set up a contingency plan as an undocumented person, regarding who will take care of one’s children in the event they, as the parents, are picked up by an immigration official.

Each day, I navigate these fractured worlds. And I watch people hunker deep into their beliefs and emotions, and politicians force the complexity of our identities and ideas into simplified categories and false dichotomies.

And everywhere, the fear sounds the same: different voices and reasons and scapegoats, but the same, throbbing fear. And under that fear, the same, basic, human need for stability, hope and a better life, which has been hijacked by human traffickers and politicians alike.

My mind is raw with the dissonance that I see, hear, and experience all around me. 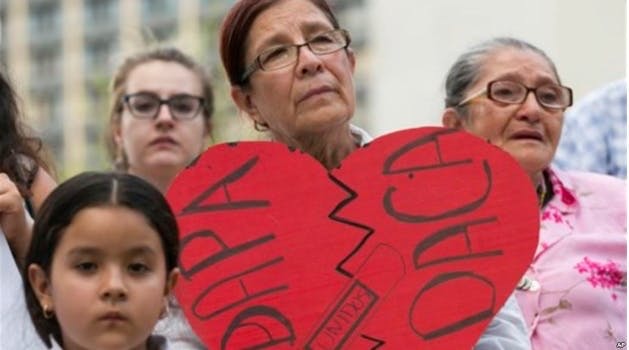 As a white mother of three biracial boys, and as a spouse to a person who has been freshly granted the legal — if qualified — right to be in, work and live in this country, I grapple continually with how to talk about race, racism, and immigration with my children.

My attempts to talk with my children are halting and awkward. This is hard. Not just the process of rendering complex issues into simple language, but the practice of breaking a culturally fed silence on the racialized violence and hierarchies of human value that are foundational in the U.S.

One of my first attempts was in preparation for a march on MLK day.

I opened a children’s book I had picked up at the local library for my six-year-old son, and with a child’s curiosity, he sat down to look through the photos with me. “What is happening here,” he asked, pointing to a policeman holding a raised club over a black man curled on the ground and covering his head. The policeman’s face was gripped with hate.

I swallowed hard, and tried to answer. About how the policeman may fear what and who he does not understand, and about how this black man was protesting the idea that people with different skin color don’t have the same abilities or rights.

A rambling discussion about race and the history of slavery ensued that would have made any historian wince. At the end, I was sweating, terrified that I was making a mess out of what should be a very important conversation.

I turned to look fully at my son, and he looked back. “Why would people think they could own other people? That is weird,” he said, wrinkling his nose as he does when in deep thought.

And now, as I walk slowly back to our house, in the dawn of another hot, August day, and with the radio ready to crackle with more disturbing news, I vow to keep trying.

To talk with my sons about respect for every human (in an age-appropriate way), while also calling attention to the normative whiteness of their books and cartoons.

To talk with other parents in multiracial, multiethnic, and mixed status families in our community . To figure out among us, how do we teach our kids to be proud of who they are and also prepare and protect them from those who will discount them for those same identities?

To listen with compassion, but also question and gently nudge the emotional boundaries of the people most privileged in my life.

And most importantly, to reflect on my own privilege and implicit biases as a white American woman in a country that still represents hope for a better life to so many people in this world.​

I have to. My reasons are asleep in bed, and (finally) in my arms: Matias, age six, Tomas, age four, and Gabriel, age five weeks.

Rosa Walker is a mother of biracial children, an early childhood educator and a child and family advocate. More about Rosa >