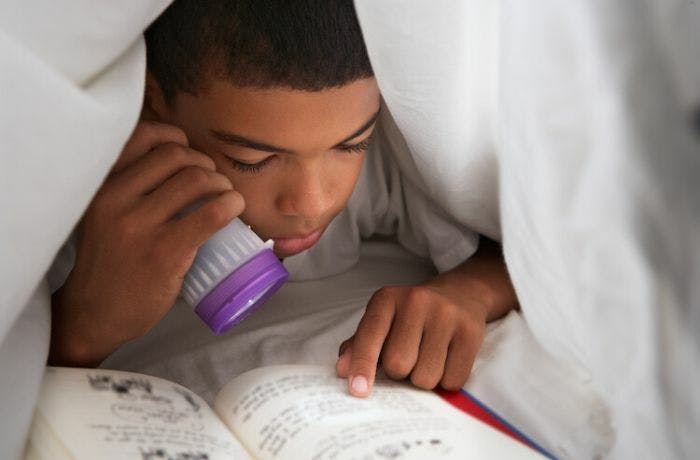 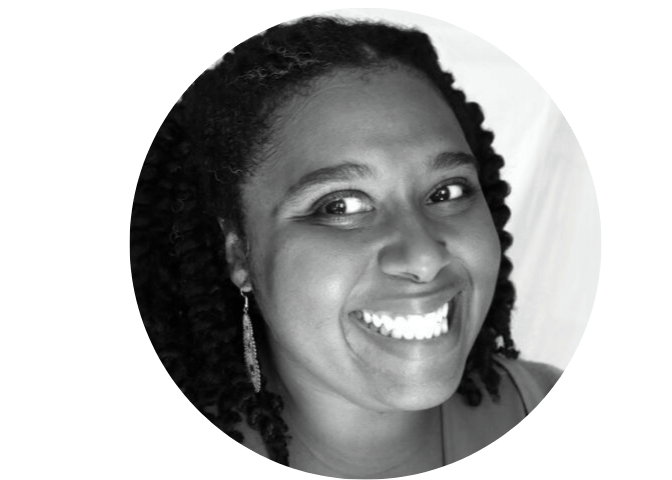 My oldest is a voracious reader and consumer of content, so if it looks vaguely interesting, she reads it from cover to cover no matter how many pages are in between. My youngest is a different story. He was a much more reluctant reader, but just like his phase of eating only blueberries and soy milk (yes, that was a thing) now that he has realized how much he likes fantasy adventures, he won’t read anything but. With a few highly notable exceptions, fantasy has been overwhelmingly focused on white characters. That is slowly beginning to change in the young adult market with the success of books like Shadow Shaper, Akata Witch, The Belles, Children of Blood and Bone, and more, but my son is still very much against the YA aspects of those stories, so the middle-grade market is where we focus our searches.

The following is a list of modern titles that both my son and I have enjoyed. It is not an exhaustive list, but it is a good place to start if you like fantasy adventures and want to make sure that the main characters in those stories reflect the diversity of the world we live in. Note: Titles with an asterisk (*) are almost, but not quite YA. 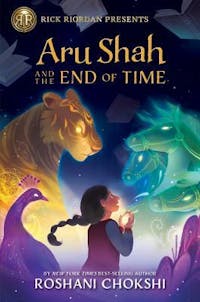 Aru Shah and the End of Time

Twelve-year-old Aru Shah has a tendency to stretch the truth. While her classmates are jetting off to family vacations in exotic locales, she'll be spending her autumn break at home, in the Museum of Ancient Indian Art and Culture, waiting for her mom to return from her latest archeological trip. Is it any wonder that Aru makes up stories about being royalty, traveling to Paris, and having a chauffeur? One day, three schoolmates show up at Aru's doorstep to catch her in a lie. They don't believe her claim that the museum's Lamp of Bharata is cursed, and they dare Aru to prove it. Just a quick light, Aru thinks. Then she can get herself out of this mess and never ever fib again. But lighting the lamp has dire consequences. She unwittingly frees the Sleeper, an ancient demon whose duty it is to awaken the God of Destruction. 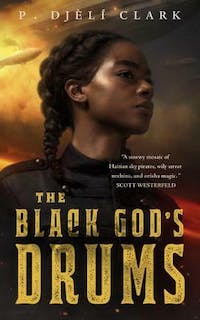 In an alternate New Orleans of orisha and airships, a wall-scaling girl named Creeper yearns to escape the streets for the air—in particular, by earning a spot on-board the airship Midnight Robber. Creeper plans to earn Captain Ann-Marie’s trust with information she discovers about a Haitian scientist and a mysterious weapon he calls The Black God’s Drums 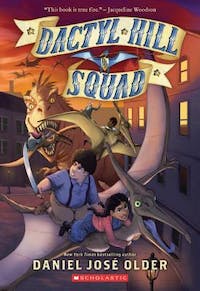 It's 1863 and dinosaurs roam the streets of New York as the Civil War rages between raptor-mounted armies down South. Magdalys Roca and her friends from the Colored Orphan Asylum are on a field trip when the Draft Riots break out, and a number of their fellow orphans are kidnapped by an evil magistrate, Richard Riker.

Magdalys and her friends flee to Brooklyn and settle in the Dactyl Hill neighborhood, where black and brown New Yorkers have set up an independent community--a safe haven from the threats of Manhattan. Together with the Vigilance Committee, they train to fly on dactylback, discover new friends and amazing dinosaurs, and plot to take down Riker. Can Magdalys and the squad rescue the rest of their friends before it's too late? 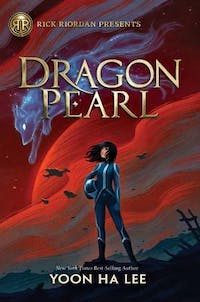 Thirteen-year-old Min comes from a long line of fox spirits, but you'd never know it by looking at her. To keep the family safe, Min's mother insists that none of them use any fox-magic, such as Charm or shape-shifting. They must appear human at all times. Min is counting the days until she can follow her older brother, Jun, into the Space Forces and see more of the Thousand Worlds. When she finally gets her wish, her quest will have her meeting gamblers, pirates, and vengeful ghosts. It will involve deception, lies, and sabotage. She will be forced to use more fox-magic than ever before, and to rely on all of her cleverness and bravery. 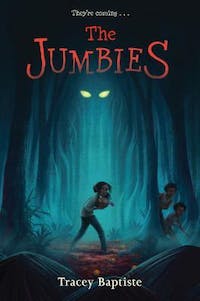 Corinne La Mer isn’t afraid of anything. Not scorpions, not the boys who tease her, and certainly not jumbies. They’re just tricksters parents make up to frighten their children. Then one night Corinne chases an agouti all the way into the forbidden forest. Those shining yellow eyes that followed her to the edge of the trees, they couldn’t belong to a jumbie. Or could they? 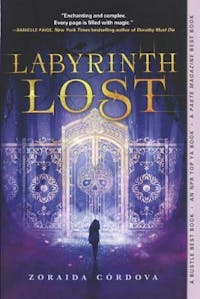 Alex is a bruja, the most powerful witch in a generation...and she hates magic.

At her Deathday celebration, Alex performs a spell to rid herself of her power. But it backfires. Her whole family vanishes into thin air, leaving her alone with Nova, a brujo boy she's not sure she can trust, but who may be Alex's only chance at saving her family. 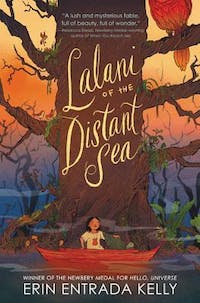 Lalani of the Distant Sea

When Lalani Sarita’s mother falls ill with an incurable disease, Lalani embarks on a dangerous journey across the sea in the hope of safeguarding her own future. Inspired by Filipino folklore, this engrossing fantasy is for readers who loved Grace Lin’s Where the Mountain Meets the Moon and Disney’s Moana. 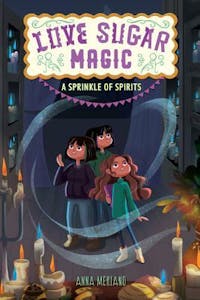 Leonora Logroño’s family owns the most beloved bakery in Rose Hill, Texas, spending their days conjuring delicious cookies and cakes for any occasion, but sneaking down to the bakery one afternoon, she discovers that her mother, aunt, and four older sisters have in fact been keeping a big secret: they’re brujas—witches of Mexican ancestry—who pour a little bit of sweet magic into everything that they bake. 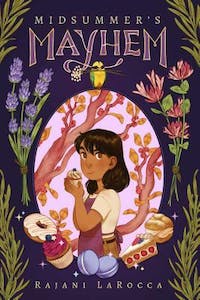 Eleven-year-old Mimi Mackson comes from a big Indian American family: Dad's a renowned food writer, Mom's a successful businesswoman, and her three older siblings all have their own respective accomplishments. It's easy to feel invisible in such an impressive family, but Mimi's dream of proving she's not the least-talented member of her family seems possible when she discovers a baking contest at the new bakery in town.

But when Mimi's dad starts acting stranger every day and her siblings' romantic entanglements are causing trouble in their town, Mimi begins to wonder if the ingredients she has been using to make her baking special are somehow the cause of it all. 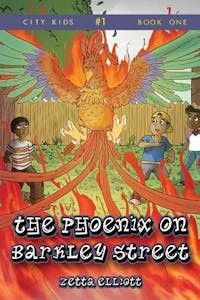 The Phoenix on Barkley Street

Best friends Carlos and Tariq love their block, but Barkley Street has started to change. The playground has been taken over by older boys, which leaves Carlos and Tariq with no place to call their own. They decide to turn the yard of an abandoned brownstone into their secret hang-out spot. Carlos and Tariq soon discover, however, that the overgrown yard is already occupied by an ancient phoenix! 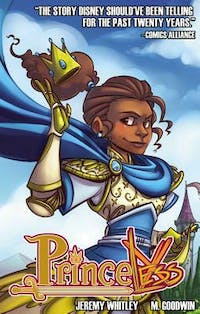 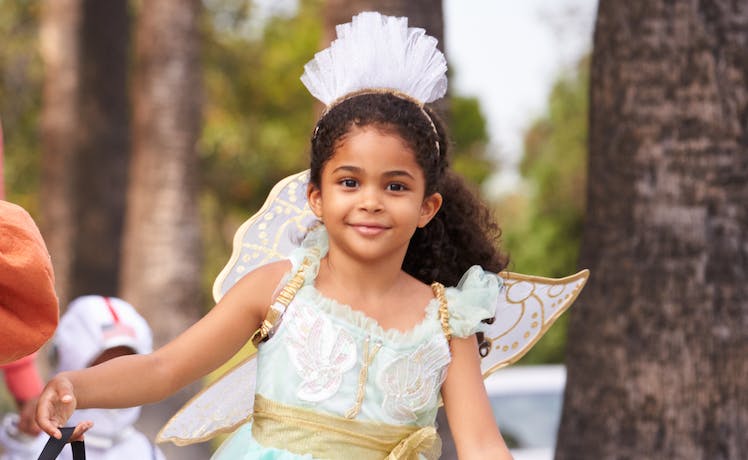 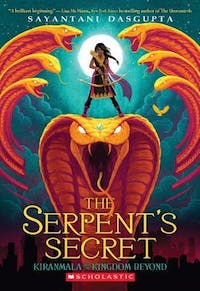 On the morning of her twelfth birthday, Kiranmala is just a regular sixth grader living in Parsippany, New Jersey . . . until her parents mysteriously vanish and a drooling rakkhosh demon slams through her kitchen, determined to eat her alive. Turns out there might be some truth to her parents' fantastical stories-like how Kiranmala is a real Indian princess and how she comes from a secret place not of this world. 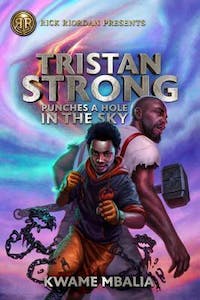 Tristan Strong Punches a Hole in the Sky

Seventh grader Tristan Strong is dreading the month he's going to spend on his grandparents' farm in Alabama, but on his first night there, a sticky creature shows up in his bedroom. Tristan chases after it--is that a doll?--and finds himself in MidPass, a volatile place with a burning sea, haunted bone ships, and iron monsters, in the middle of a battle that has left black American folk heroes John Henry and Brer Rabbit exhausted. In order to get back home, Tristan will need to entice the god Anansi, the Weaver, to come out of hiding and seal the hole in the sky. But bartering with the trickster Anansi always comes at a price. Can Tristan save this world before he loses more of the things he loves?

EmbraceRace ProTip: Put author Marti Dumas' books for middle grade readers on your list, and children's author Zetta Elliott's books (for kids of all ages), too! You can also purchase some or all of the above books at Bookshop.org.

Marti Dumas is a mom, teacher and writer from New Orleans. She is best known for her Jaden Toussaint, the Greatest, series. Her latest books, Jupiter Storm and The Little Human are middle-grade fantasies being heralded for their skillful combination… More about Marti > 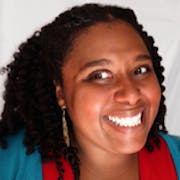