A Black princess who Saves Herself and Exposes Princess Culture 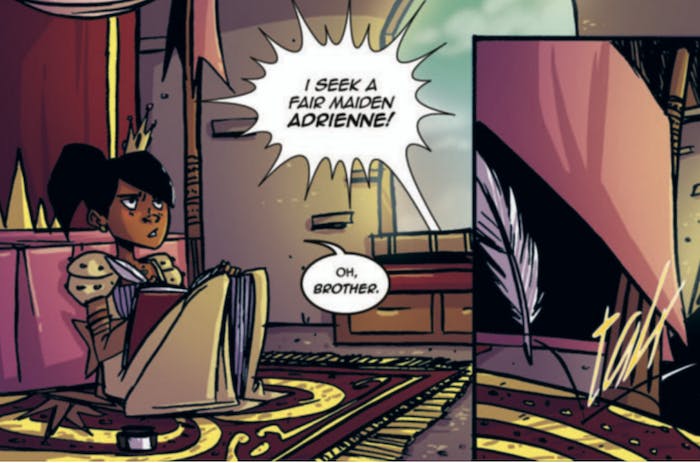 As a young girl Princess Adrienne was already critical of the princess stories her mother read to her. What kind of parents imprison their daughter in a tower? she scoffed. Until one day her parents do imprison her in a tower, as is the custom, so that the brave knight who slays the dragon guarding her can win her hand. But Princess Adrienne doesn't want to be saved or belong to a prince. So she decides to save herself and her seven sisters who are also trapped in towers. When her ruthless father, the king, hears about the "short knight" trying to free the princesses he calls for "his" head. Adventure, suspense and fun ensue. Along the way, we meet others (like her brother, Prince Devon!) who need to go against convention and expectations just to be themselves.

Melissa: Thanks so much for writing the Princeless series! What were you trying to do in regard to race with the story?

Jeremy: In part, I wanted my daughter to be able to see a character that looked like her in the story. I'm white, my wife is black, and my daughter is mixed race. There's already not a lot of representation in comics for girls of color.

Also, I remember my wife and I being kind of excited about "The Princess and The Frog" [Disney's 2009 movie featuring a black princess], and then actually watching it and being hit with, Whoa, this isn't quite what I was looking for! 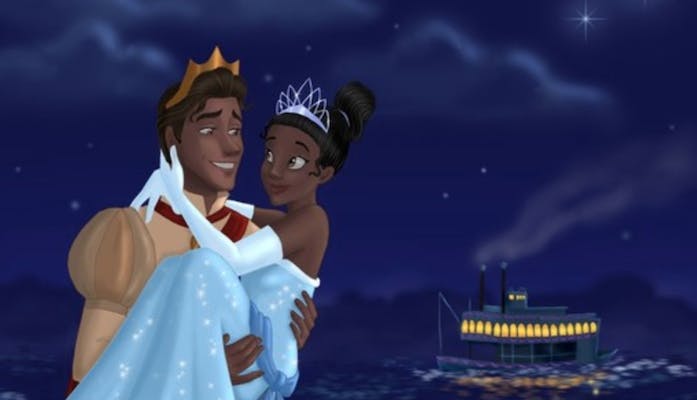 The Princess and The Frog, Disney's 2009 movie

Jeremy: And that's become a trend with me. Why I write the books I write is I find that I'm looking for something and it doesn't seem to exist. I start working on it and sometimes it turns into a thing, sometimes it doesn't. In the case of Princeless, it's proven to be something that a lot of other people were looking for as well.

Melissa: Why start with Princesses at all; why not a superhero? 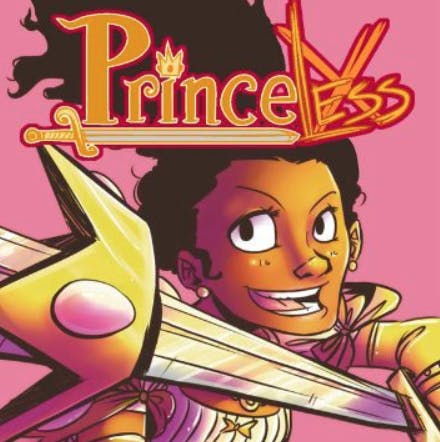 Jeremy: Yeah that's definitely something we had in mind. If you look at the cover for the first [single] issue, it's bright pink. But she's also carrying a sword. We were trying to strike that balance between people that want nothing to do with princess stories and kids who are going to look for the princess stories that can still benefit from an interesting and subversive, important story.

Melissa: So what are you most proud of pulling off with Princeless, or are there specific scenes that you are impressed with, reading them years later?

Jeremy: Actually we started reading it with my 5 year-old daughter recently. I didn't want to push it on her. But she's seen it lying around and brought me the first volume to read to her the other day.

I'm surprised how well it comes together. Managing to move through the concept of the story in the first issue. Going from, here's what we do to princesses, to Adrienne saving herself. 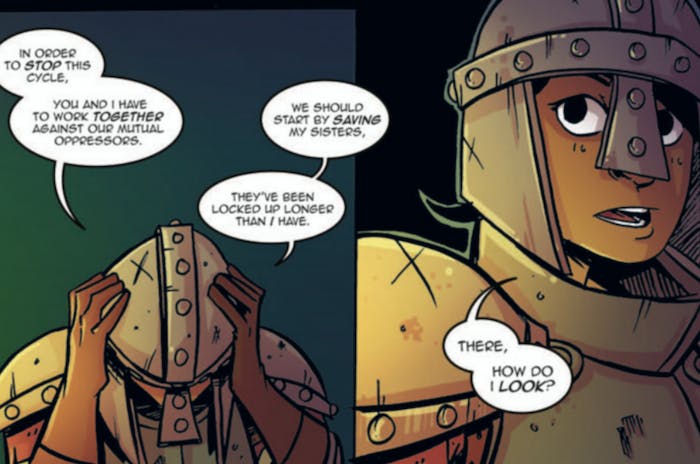 Jeremy: We actually got nominated for an Eisner award for best single issue for the 3rd issue, which is a huge honor for a comic book, period. But for a kids' comic book from a small independent publisher to be nominated for what's basically the Oscars of comic books? That was a huge deal for us. Especially considering issue 3 was about trying to find and create armor for a female hero! It's maybe the most ranty and feministy of the issues and the one I've seen the most people railing against, but also the most people loving and relating to! (laughs) 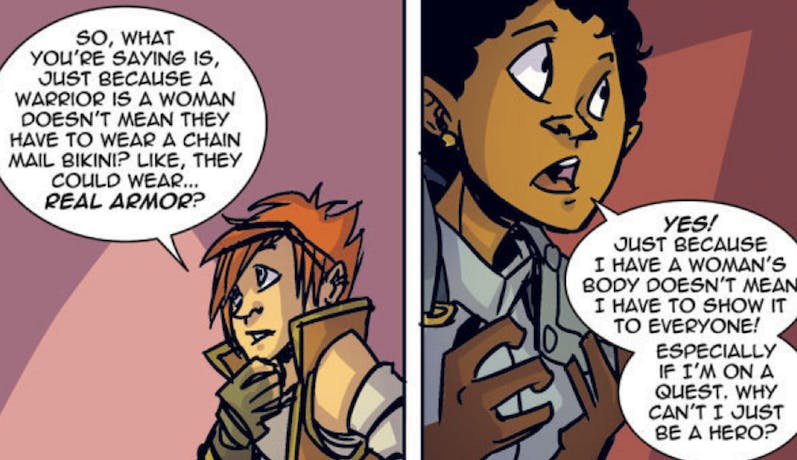 Melissa: The first volume of the series is called Princeless: Save Yourself. And it's striking, the different obstacles Princess Adrienne has to overcome to save herself and be herself. At many points she has to escape her own socialization.

Jeremy: After making our case both from a race and gender perspective in the first volume, we pull back a little bit from that to get to the story and let the characters live and breathe on the page in volume two. But we still manage to get some of that in. We meet Princess Angelica who has straight hair and is considered the most beautiful of the sisters. Her storyline allows us to look at "beauty" and the the function of standards of beauty.

Melissa: Princess Adrienne hates being compared to her sister Angelica. And as you write it, Angelica experiences her beauty as a sort of curse.

Jeremy: Adrienne gets resentful that people feel compelled to tell her that her sister is prettier or taller than her. They just like to weigh in although she hasn't asked. 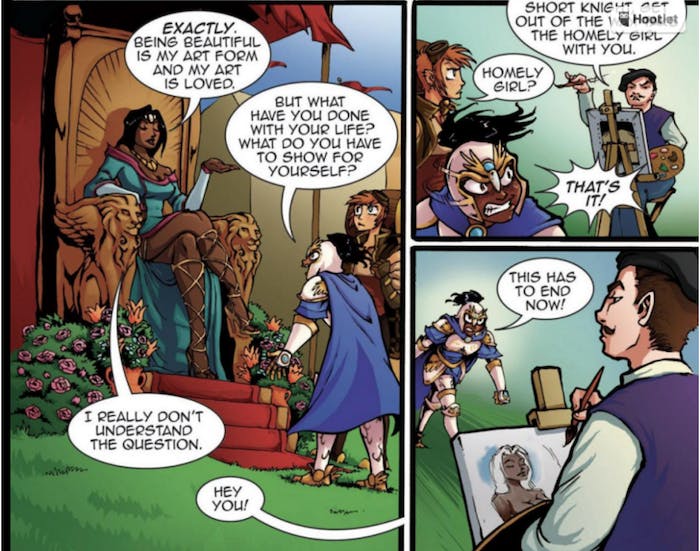 Melissa: It's the rare white guy who could write this series¦

Jeremy: Well, being married and paying attention to stuff my wife goes through and now my daughter as well, even at a very young age. Many questions of beauty but also of gender norms. They're easy to see if you have the eyes to look for them, as unfortunate as that is.

I'm often asked how to write people who are different than you and how to talk about these issues. I think the answer is simply to listen to what people are saying and how they feel. You don't need to argue with them or defend them. They're not trying to convince you of something.

Melissa: Do you get pushback for being race positive and feminist in your work?

Jeremy: Yeah. I very rarely have anybody who decides they want to say something to me about it in person, despite the number of conventions I go to. But there are people who pop up from time to time on Twitter or Tumblr or wherever and accuse me of hating myself or being any number of terrible and stupid things.

Generally, I'm aiming to be a decent human being and to not be a jerk.

I want to create comics that kids of all ages and races can enjoy. Unfortunately, in the last couple decades the comics industry has become a much more adult, male-centered medium. It's just in the last few years after working on Princeless that we've seen a move away from that. 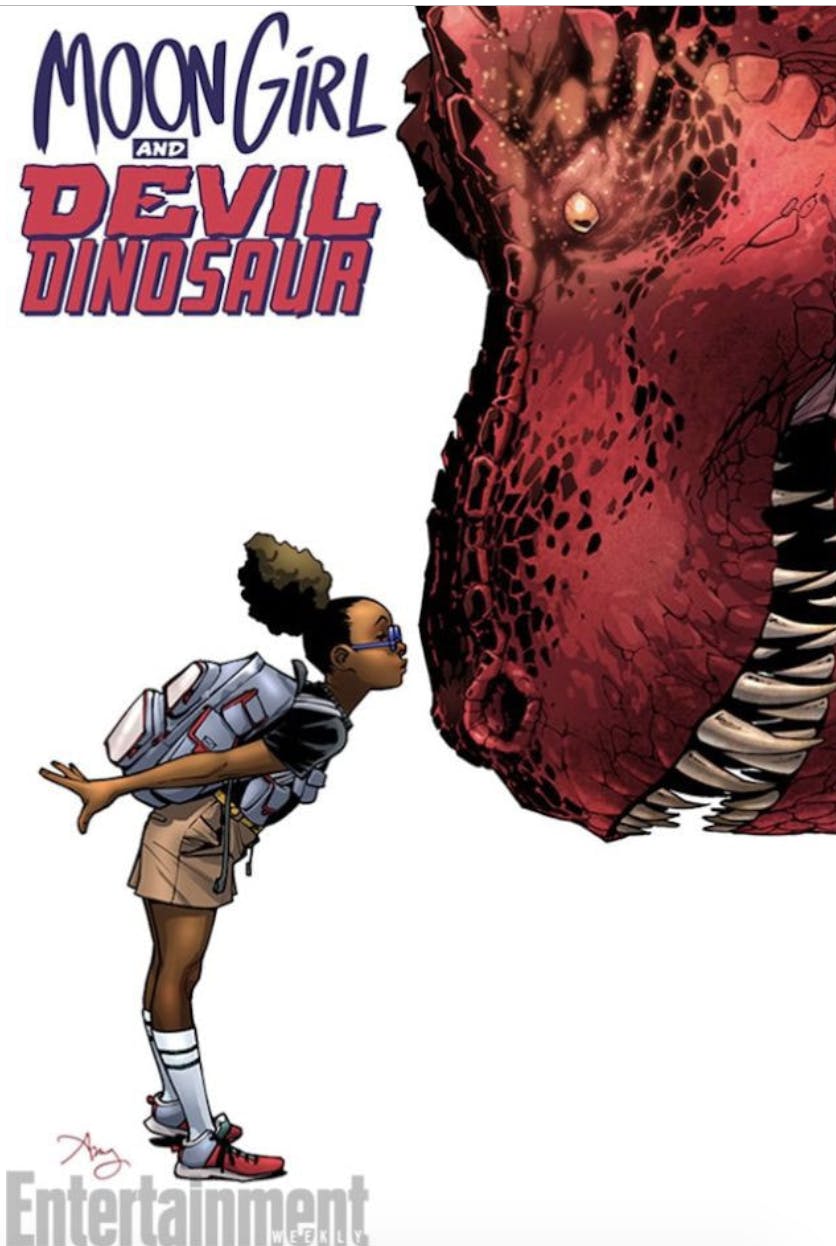 Melissa: Really? What other comics for kids would you recommend that star girls of color, or otherwise subvert representation norms?

People should also check out your Princeless spinoff series, Pirate Princess, which follows the adventures of Adrienne's sometimes rival sometimes ally, Raven Xingtao, the daughter of the Pirate King.

Jeremy: Yeah, I'm excited that there're more things like Princeless out there. I'd like to see that diversity a lot more in the comics and in the people creating them, editing them, running comic companies.

Melissa: Jeremy Whitley, thanks for talking about Princeless! I've read all the Princeless trade paperbacks that are out and all the spin-off Pirate Princess books. My 5 and 8-year-old daughters love them, too. We just want to see the movie when it comes out!

Jeremy: Ha! Yeah, me too! Yeah it's definitely something that we've talked about. It's still probably a while off.

Melissa Giraud is a co-founder of EmbraceRace.org. More about Melissa > 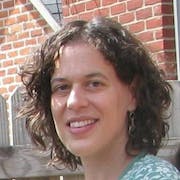