Climbing the Mount of Mercy on 9/11

Why many Muslims, including me, will be fasting on 9/11 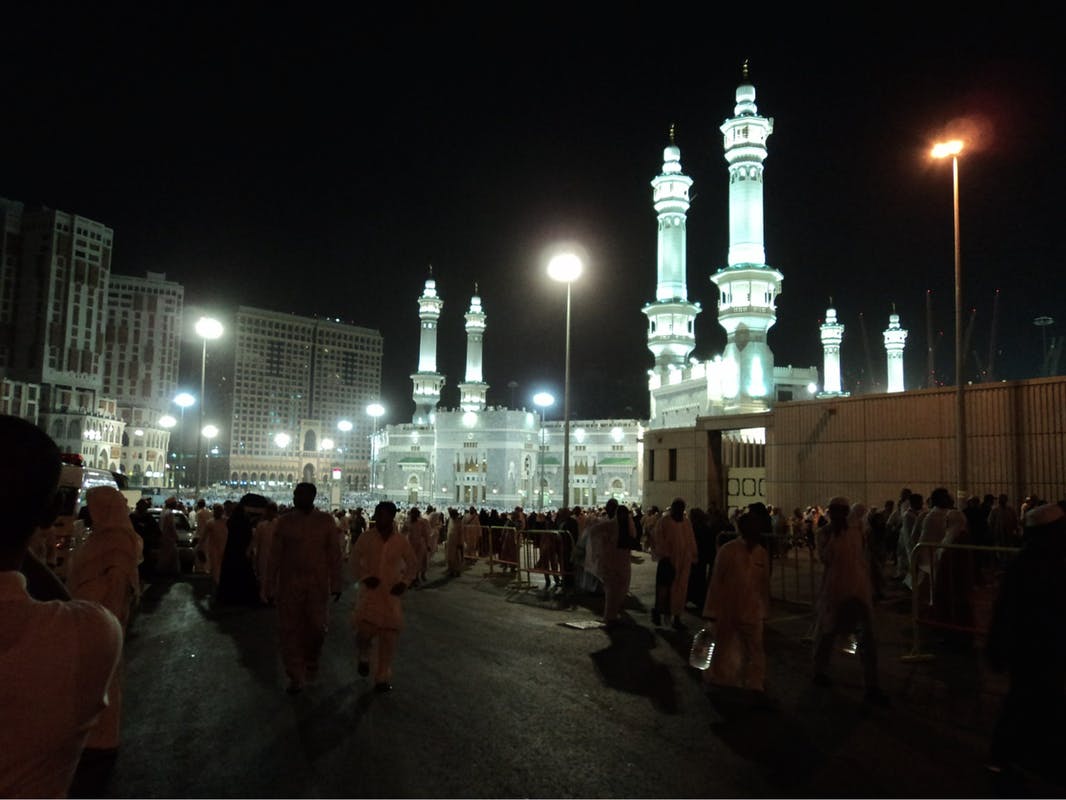 This year a mysterious confluence of time overlaps the season of Hajj with the 15th anniversary of 9/11.

Hajj is a pilgrimage to Makkah (Mecca), in Saudi Arabia, that Muslims are required to undertake once in their lifetime, if they are able to. Pilgrims leave their worldly affairs behind, don a simple white cloth, and partake in rituals that retrace the footsteps of Abraham. The journey commemorates sacrifice, striving, fellowship to humanity, our connection and eventual return to God.There were an initial flurry of articles sounding the alarm that the day celebrating the end of the Hajj Season, Eid Al Adha, may fall on the same day as 9/11. The articles appeared in major newspapers, speaking about the fear Muslims have of retaliation and being misunderstood.

In the wake of heightened Islamophobia and racism, resulting in targeted violence against Muslims this fear is not misplaced. What would “Americans” think to see “Muslims” (presumably American, we are not sure) celebrating on this day? Are we allowed to celebrate? Perhaps we can tone it down and make it a day of observance? 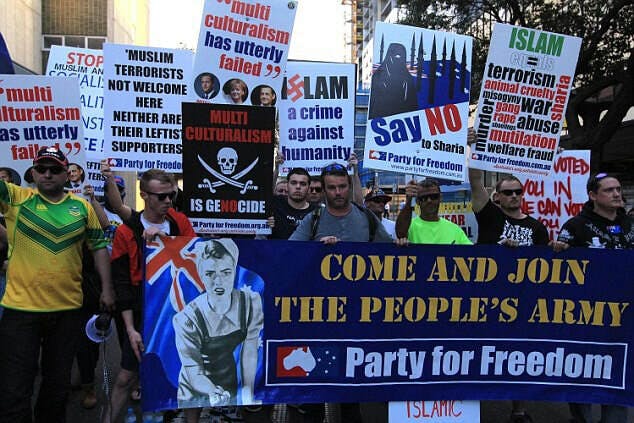 An Anti-Muslim Rally in Texas

My heart is with the millions of pilgrims trekking their way to the desert. Hands outstretched, a cacophony of voices, desires, needs melding into distinct notes of prayers. I choose a long view of history.

I dwell a moment on the archetypal stories of seekers and rejection, of the miracle of existence, of the burden of motherhood, of how history has a way of returning to us our heroes and reminding us that perhaps their path is not unlike ours.

I reflect on Malcolm X a lot this year. The man who renamed himself el-Hajj Malik el-Shabbaz. Malcolm X donned a white cloth, left the shackles of the America he had experienced and joined the hundreds of thousands of pilgrims.

During Hajj, Malcolm X experienced a surge of humanity, like ocean waves, tumbling across time and space, and leaving him transformed and transcendent.

“Never have I witnessed such sincere hospitality and overwhelming spirit of true brotherhood as is practiced by people of all colors and races here in this ancient Holy Land, the home of Abraham, Muhammad and all the other Prophets of the Holy Scriptures. For the past week, I have been utterly speechless and spellbound by the graciousness I see displayed all around me by people of all colors.” 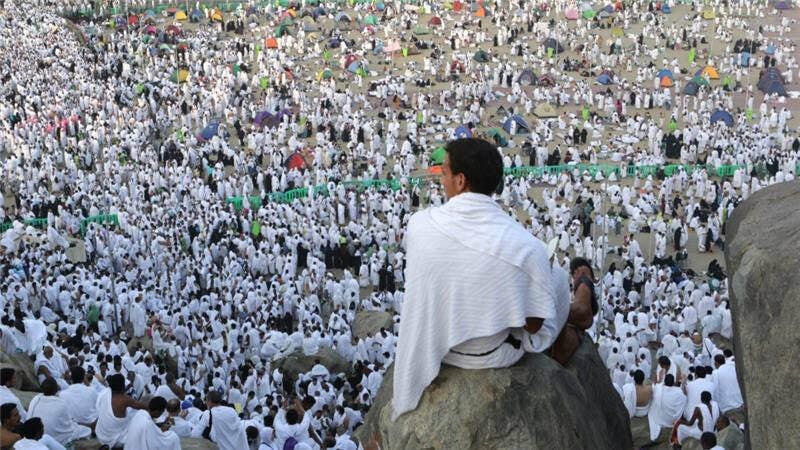 Malcolm X was assassinated more than five decades ago, and I wonder at how circular our “progress” on race relations has been.

My four-year-old saw a picture of a man in uniform holding a baby on the cover of Obama’s book “Dreams from my Father” and she asked, “Is that policeman going to eat the baby?”

She has been absorbing our outrage at police brutality and my lament of the slain being “just a baby!” And in her four-year-old mind, police officers eat babies. I had a conversation with her about good and bad policemen, and good and bad people, and good and evil in general. She came back a few days later and declared, “When I grow up I want to be a good cop and I will fight the bad cops.” 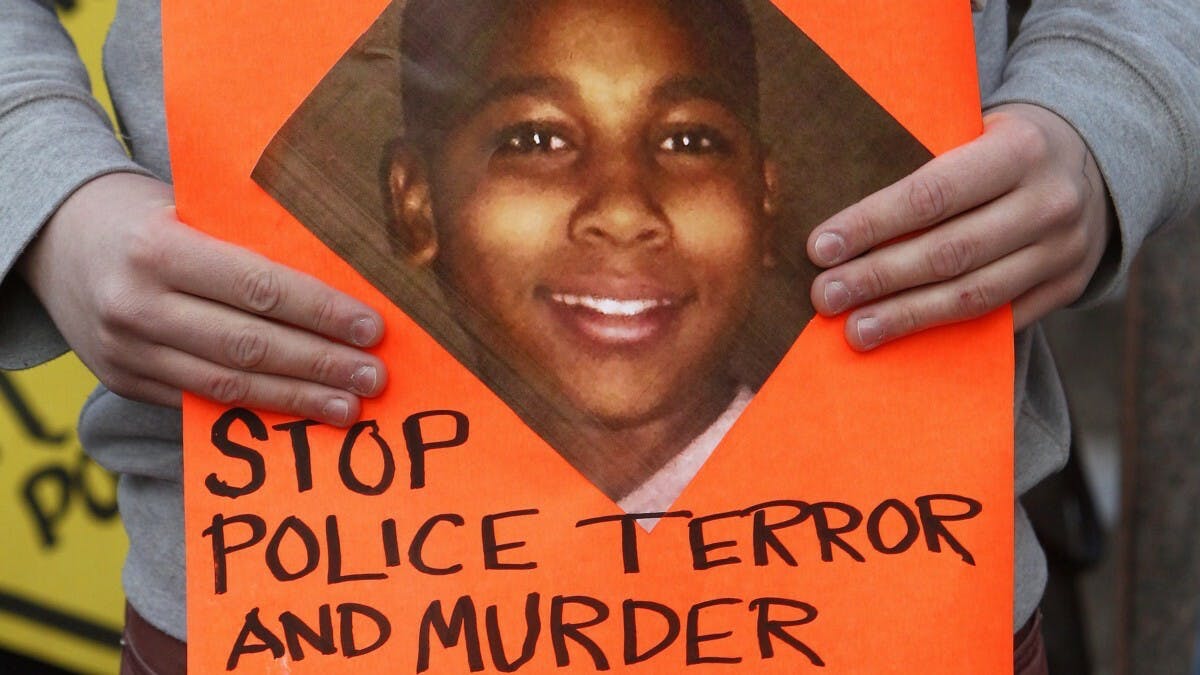 A protester holding a picture of Tamir Rice

My feisty daughter trying on a superhero costume for size.

My oldest sons were born post-9/11 and have known no other climate than one charged with Islamophobia and targeted vitriol and acts of hatred and violence. They are 11 and 9, and have a very intuitive knowledge of history. I stress history and literature in my home because we can’t afford to have political and cultural amnesia.

We discuss narratives a lot, who gets to shape them, how it impacts the marginalized and the importance of owning our stories.

I line up our heroes all the way from Adam and Eve, to Abraham, to Moses, to Jesus, to Muhammad (peace be upon them all). We run down history’s ledger absorbing the multitude of stories of other revolutionaries, souls who transcended and transmuted their reality. Stories of daring, hope, nobility and courage.

Human resilience is phenomenal and the long view of history affords us a glimpse into how disparate voices eventually arc into that of justice and truth. How hate consumes itself. How the reviled minority of one generation with relentless confrontation, activism, and struggle paves the way for the leaders of generations to come.

This year, the moon was birthed a day later than anticipated, and 9/11 falls on the day before Eid. So to the relief of some, Muslims will not be celebrating and feasting on 9/11. On that day, the pilgrims will be ascending to Arafat, known as the mountain of Mercy, in solitary reflection and prayer, reaching the apex of the rituals of Hajj. 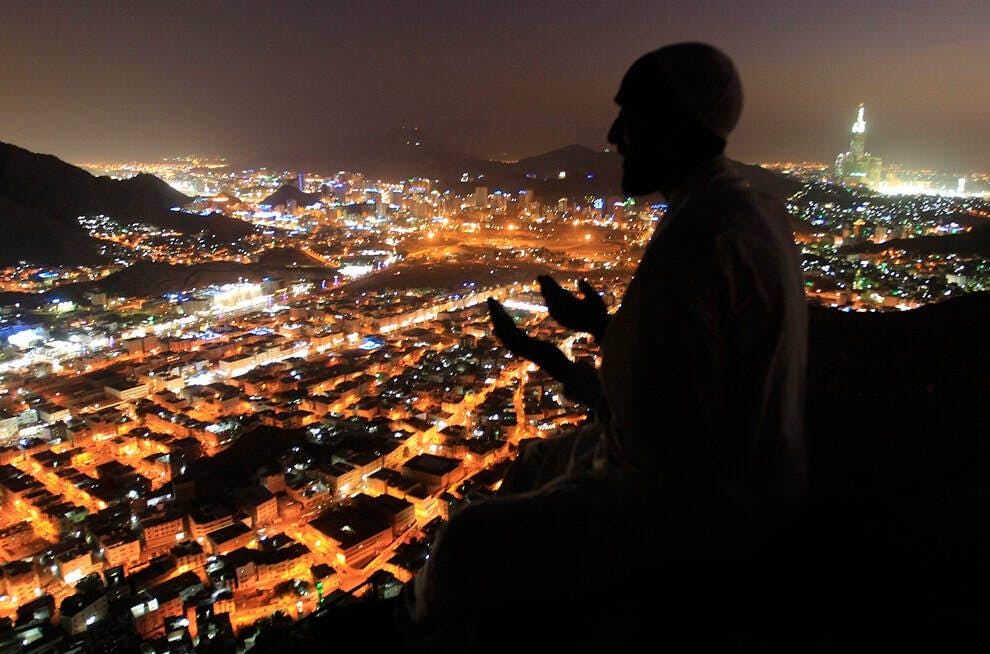 Millions more around the world who are not able to go to Hajj will be fasting on that day in solidarity. It seems a fitting response to the way the Muslim image is frozen and imprisoned into caricatures of oppressed women, terrorist men, and incomprehensible “freedom-hating” people in many people’s minds.

I will be muting the noises around me and joining the global Ummah (community) in stillness, fasting, reflection and prayer. A necessary dissolving of man-made borders and boundaries, of “us” against “them,” to connect on a deeper level for a much higher cause.

With my children, we retrace the journey of a “Hero with a Thousand Faces” and conclude the first step is to turn inward. And only when we find our own grounding and center will we will be able to orient our beings and become true “Masters and Lords” of our Faces.