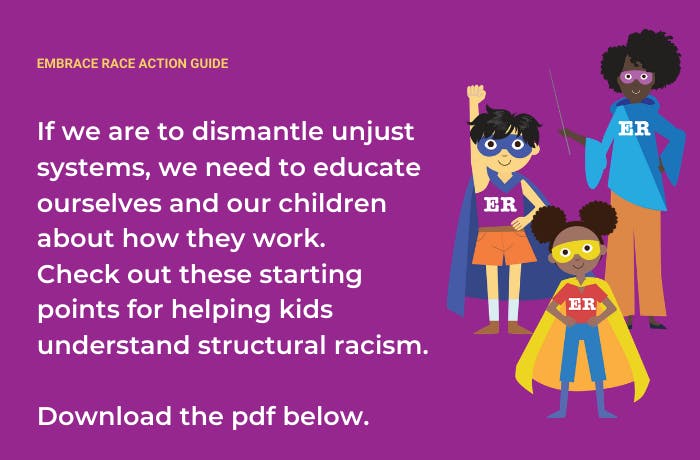 As a physician and researcher focused on improving the health of underserved and under-resourced populations, I spend a lot of time examining and communicating about how structural factors such as laws and policies impact health.

Adults (especially White adults) often find structural racism difficult to grasp because it’s existence contradicts central American myths such as the myth that we live in a meritocracy and all start on a “level playing field.” If we are to dismantle unjust systems, we need to educate ourselves and our children about how they work. To that end, I wrote The Cycle of a Dream: A Kid's Introduction to Structural Racism in America with my 7-year old daughter in mind. Here are my suggestions for how to approach structural racism with children.

For more, check out the related EmbraceRace webinar, Breaking Down "Structural" and "Systemic" Racism for Our Children.

1) Educate yourself about structural racism.

2) Get past your own fear of discussing structural racism with children.

3) Look for media that supports your efforts to educate children about structural racism.

4) Heighten awareness of the historical and contemporary contradictions in American life.

5) Help children be agents of change.

Motivated by her own battle with chronic disease, Kimberly Narain,, MD, PhD, MPH has devoted her career to ensuring everyone has the opportunity to be healthy. Dr. Narain is a wife, a mother, an internal medicine physician and a researcher focused on improving the health of underserved and under-resourced populations. Her primary research involves examining the health equity implications of social, economic and health interventions among racial/ethnic minorities and individuals with low socioeconomic status. More about Kimberly > 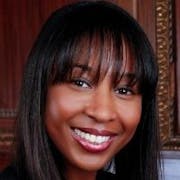