The Downside Of Traveling the World as a Multicultural Family 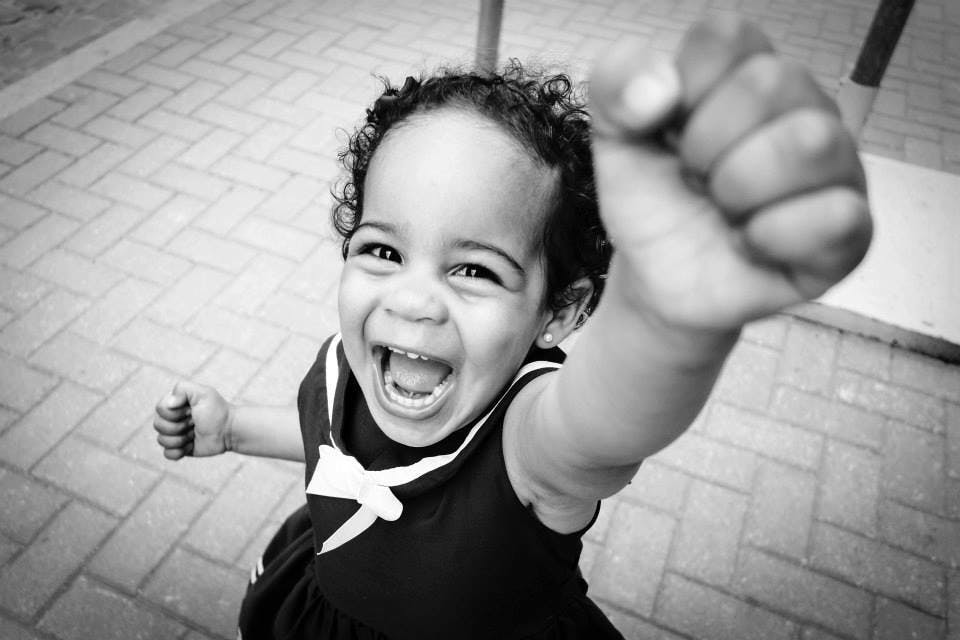 When you think of what an “American” looks like, what do you see?

The diversity I see as America is still not what most of the world sees. If you ask most people around the world, they would say an American is blond and blue-eyed.

How do I know?

I chose a job as an international teacher and am a White woman married to an African-American US Diplomat. For the past 8 years, we have been traveling around the world with our biracial daughter. We watched the shocked faces as we introduced ourselves upon arrival at each new post. 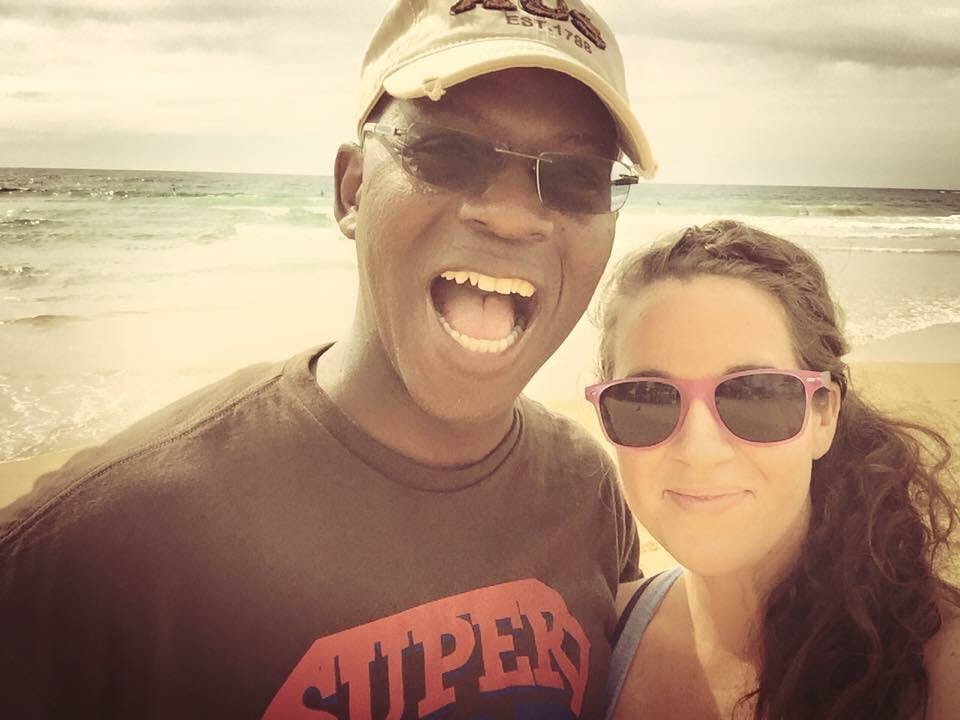 My husband and I on Bondi Beach in Sydney, Australia.

As we moved to 5 countries and traveled to 26 more together for work or holidays, these are the typical questions I got:

“But where is your husband REALLY from?”

“What country did you adopt your daughter from?”

Some of the questions from strangers we got were harmless and even funny. For example, in basketball-loving countries, my husband was always being asked if he knew Michael Jordan. Since he is a HUGE Michael Jordan fan, he would smile and say no.

But others were downright hateful and still cause pain each time I remember them. Once I was asked: “Did a black man rape you?” 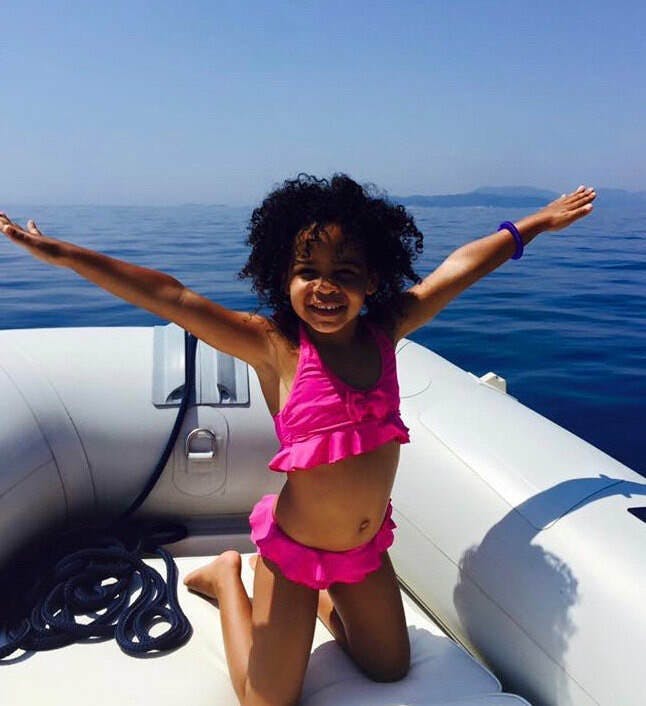 My daughter Havana in Hvar, Croatia.

We spent SO MUCH TIME trying to convince people that:

3) we had a biological child together.

My husband was never surprised by these racist dynamics.

But I found them incredible (and infuriating).

Sure, I expected we’d encounter racial prejudice and that it would even be worse in some countries. But I held some hope that the international communities in which we’d live would be different. I thought people who choose to live abroad, knowing they could be placed anywhere, would be welcoming of racial, ethnic and cultural differences. But I was wrong.

Here’s what I learned instead. 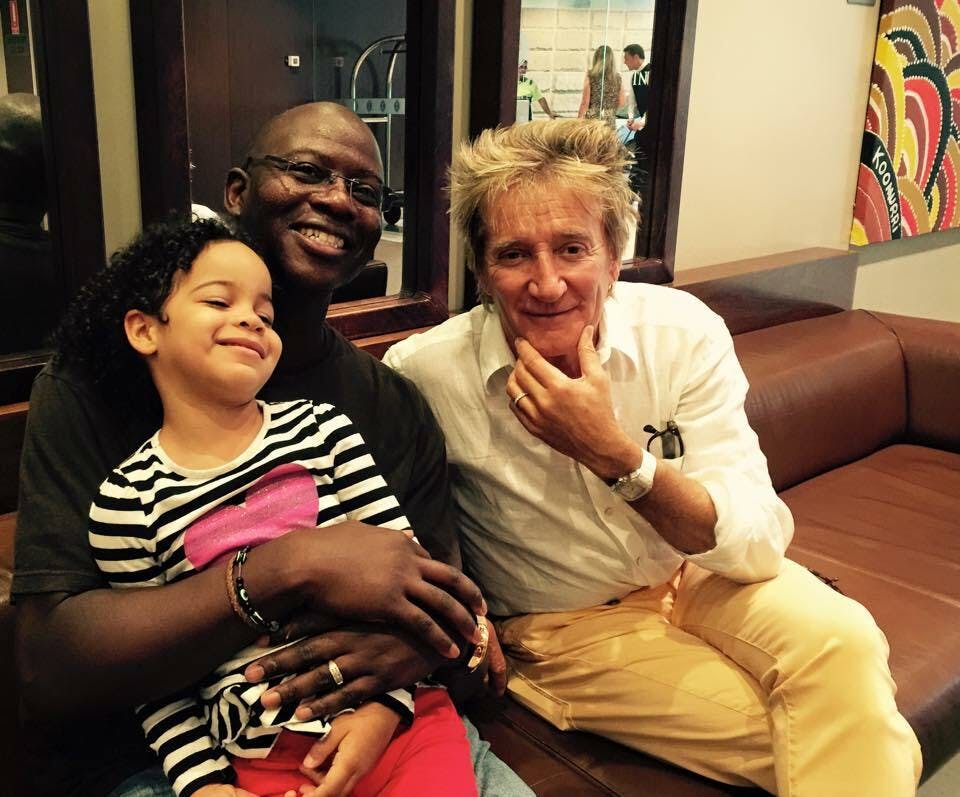 My family with Rod Stewart who we met in an elevator in Sydney, Australia!

Last year in Foreign Policy magazine, Nicolas Kralev observed: “Despite decades of attempts to make the Foreign Service look more like the real America, it’s still pretty much white, male, and Yale.” White is the first of those identifiers for a reason. According to late Obama Era numbers, 82% of career diplomats were White and 60% were male.

Whenever my husband and I walked into an event room full of representatives from the Embassies from all over the world, the assumption was that we belonged there because of White woman me and not because of Black man him. I was White and so, by default, I was the diplomat. Most assumed I had married a local on one of my assignments in ”Africa.” The small talk conversations usually turned awkward or uncomfortable quickly when we got past the introductions.

The same was true when we first showed up together for events at the international schools where I taught. Many of my colleagues and the parents of my students were baffled. Conversations were awkward until they made an excuse to leave. Still, we preferred an awkward exit over the nosy and inappropriate questions we’d sometimes get such as: “what do your parents think of you being married?” 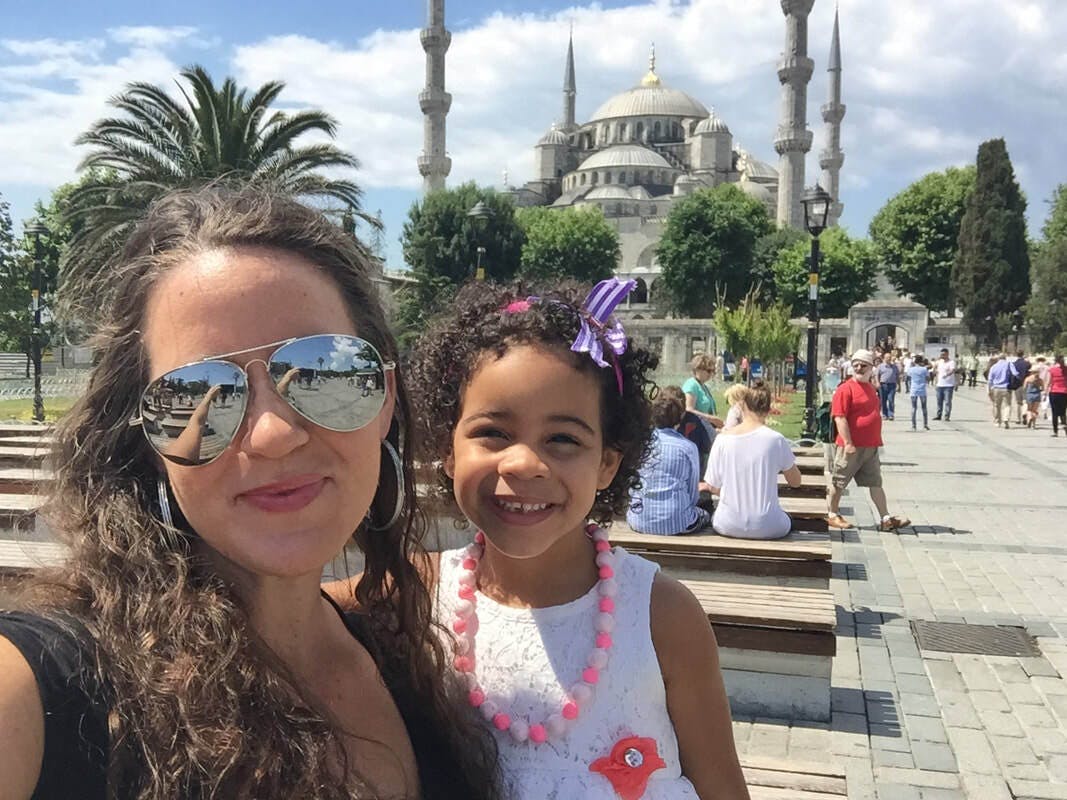 One of our favorite places in the world; the Hagia Sofia in Istanbul, Turkey.

1) Diplomat/U.S. Military
2) NGO/Private Sector/International Business
3) Director/teacher at the International/American School
4) Peace Corps
5) missionary
6) person of color in any of the aforementioned roles

After about a year abroad together, my husband and I started to make bets on various people in the room and how long it would take them to make their excuses before finding a white diplomat to talk to instead. We called this game Survivor. Just like one of my favorite shows, we needed to “outwit, outlast, and outplay” to come out of this whitewashed world of ex-pats as winners.
When we did find the few solid-gold people who treated us as human beings, we held on to them for dear life. 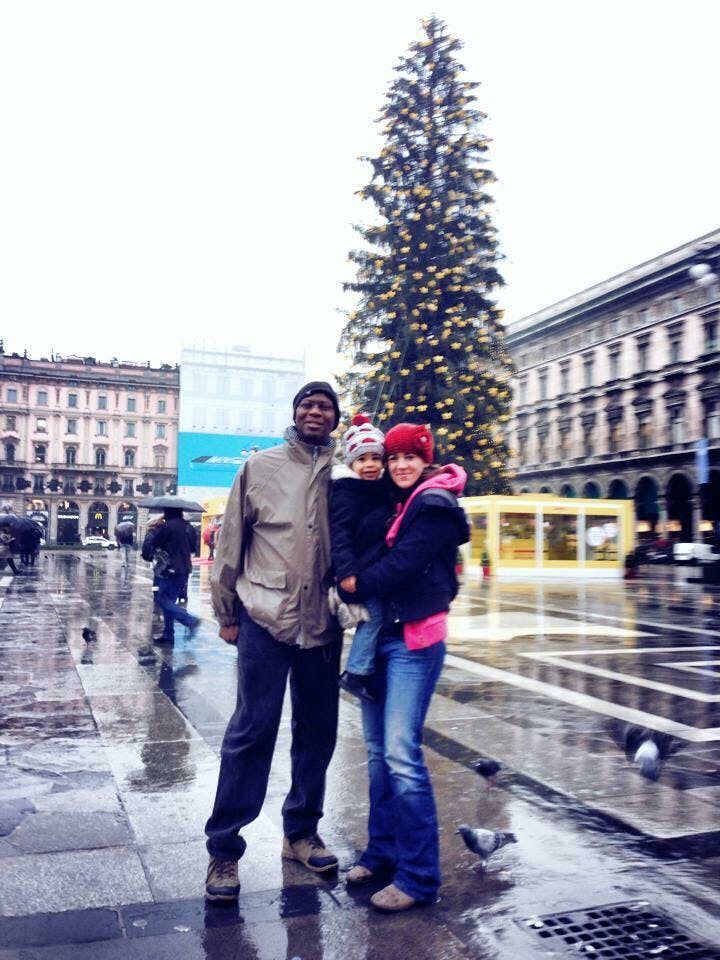 Our family visiting the Christmas markets in Milan, Italy

When we got an assignment to go to West Africa. (To keep anonymity, I will refrain from listing the exact country.) I thought, AH-HA, finally a break. NOW we won’t have to fight as hard. People who are serving in Africa expect to see people of color.

The very first night my husband arrived alone and was not allowed to move into our house. The security guards were sure he had stolen the house keys, as well as the Embassy vehicle he was driving and said: “you are NOT an American.”

When my husband went to the airport to greet a new American family arriving in the country, they looked around for the White person that was picking them up. Every. single. time.

These situations were always followed by profuse apologies when they saw me waiting for him and realized who he was. Then you would see a ripple of whispered conversations about how the newest U.S. diplomat to arrive was Black. Even juicier, his wife was White and they had a child together.

These types of assumptions and biases aren’t only made about or towards Black men. As LaSheena Washington, an African American nurse practitioner who directs medical care for the U.S. Embassy in Accra, Ghana, put it when I interviewed her: “Even the Americans I meet are surprised I am from the US, and usually move on to the microaggression in asking ‘but where are you REALLY from?’” 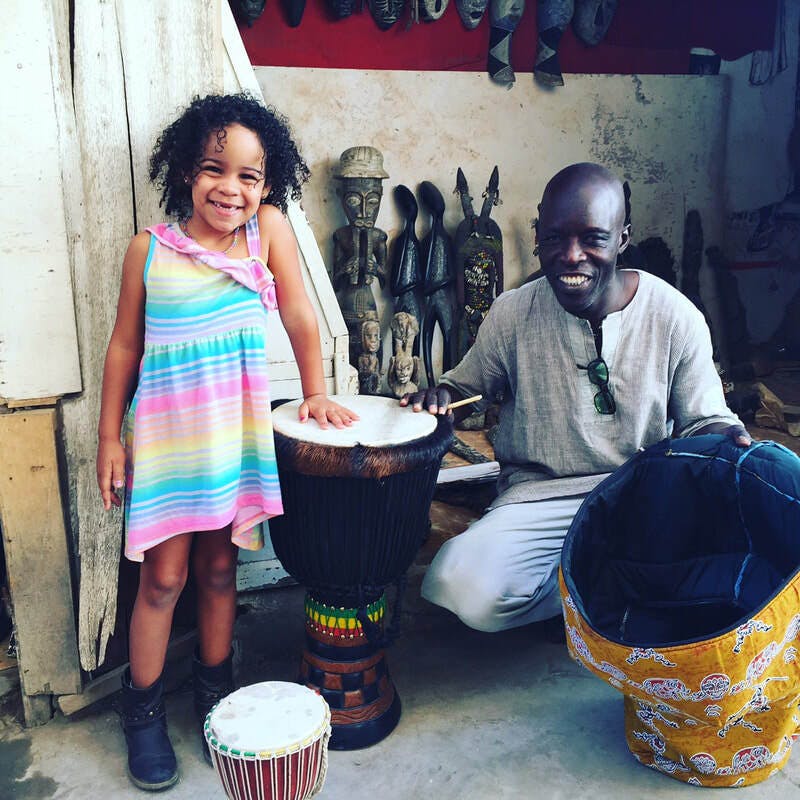 My daughter in St. Louis, Senegal picking out a djembe to bring home with us.

English is for white people

When we went to the market or the beach in a one West African country, servers, shopkeepers, street vendors etc. always spoke to me in English. When they addressed my husband, they skipped right to the local language. In their minds, his dark skin meant there was absolutely no way he was educated enough to speak French, much less English. This was a country where slavery was abolished in 2007. Just 8 years prior to us walking around the market,
people who looked like him were slaves.

You might think “oh well that explains it, surely that would not happen in countries with more diversity like London, New York, etc.” But again, this happened with Americans abroad all the time. My husband once sat in a meeting for 6 hours with an American colleague from New York. The next day, that same colleague didn’t recognize him and asked him (in French) to show his locally employed staff security clearance.

I could give you 100 other examples. 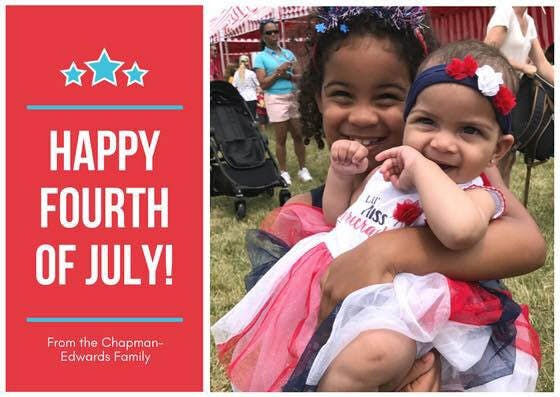 Celebrating Independence Day on an Air Force Base in D.C. with our newborn!

It’s been a process understanding the privilege I have as a White American. But moving from foreign post to foreign post with my African American husband, everywhere I turned, there was a giant microscope shining a light on how differently we were treated. We are currently in Washington D.C. for a two year assignment before we move back overseas. Of course, we are treated differently from each other every time we step outside here, too.

I continue to work on my own biases and try to be an anti-racist influence on other White people in my life. But I’m spending less energy getting angry about adults who resist recognizing their racial and other biases and privileges. Instead, I’m focusing on where I can make a difference right now: choosing and promoting diverse children’s books, showing students in my class HOW and WHAT to read.

I like to think of the work I do as a teacher and on my Biracial Bookworms website as helping to raise adults who are not afraid of what is different. Books can help them empathize with the boy in the hoodie and not assume he is a thug. Or help them see the girl wearing a hijab and not assume she is a terrorist. Or teach them to see me holding hands with my curly haired daughter and think “there is a mama with her child“ instead of going straight to, “is she adopted?"

Bethany Edwards is an elementary educator as well as a reading and literacy specialist. She blogs about education at Biracial Bookworms. More about Bethany > 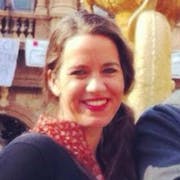