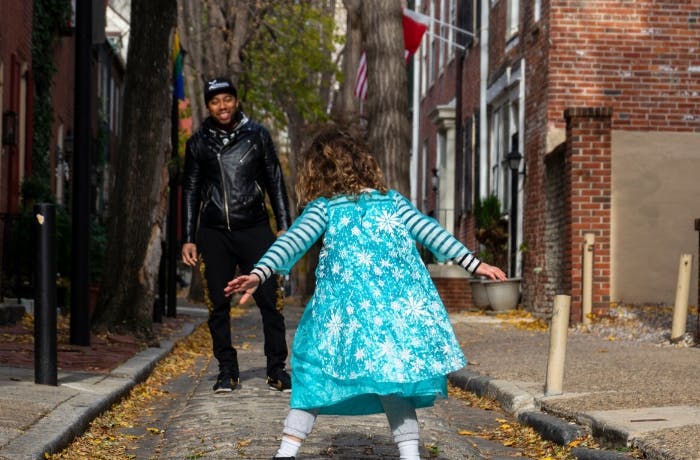 Last weekend, I took my five year old daughter and her best friend to see Frozen II. My daughter had been counting down the days for a week. We watched the trailer multiple times. She drew pictures of her friend and herself in the theatre. When the moment arrived, the movie did not disappoint. My child and her bestie sat mesmerized while watching, laughing at Olaf and cheering for Queen Anna.

As with most things in parenting, my husband and I take the good with the bad when it comes to Disney. By the time our child was three, we knew princesses would be a phase we couldn’t ignore—so instead of fighting it, we curated it. Moana is much more common at our house than say, Sleeping Beauty or Cinderella. And after seeing the Princess and the Frog once, we never brought it back into rotation. My daughter pretty quickly caught on as to why: “it’s a movie about a frog, not a princess!” she complained, and we agreed.

The first Frozen had its issues, too, but I was encouraged to see prominent and obviously black characters in the trailer for the second movie. I assumed that Disney, attuned to a new cultural era, would make some other improvements in terms of race and gender norms. On the whole, the movie did make changes that align better with our current cultural moment. Kristoff stayed behind, for example, letting the two women take center stage in the adventure. And, when it came down to it, he was the perfect partner to Anna—offering unwavering and unquestioning help at the precisely right time. Furthermore, Lieutenant Mattias, who is black, heroically saves Anna, along with Kristoff. He’s also given a depth of personality in that he can change his mind.

But one moment had me pulling out my phone in the dim glow of the theatre and sending an urgent text to my husband: “Troubling racial moments in movie. Can’t wait to discuss,” I wrote.

Elsa’s whiteness is something that we’ve been managing for years. It doesn’t go away thanks to a strange plot twist, no matter how many consultants Disney hires.

I should offer some background: my husband and I both have doctorates in critical race studies. I’m white and he’s black. We have our share of personal and intellectual experience thinking about race. And we’re very intentional about the (developmentally appropriate) conversations regarding race that we have with our daughter. So, at the moment when it was revealed that Anna and Elsa’s mother was Northuldra, a fictional culture based on the Sámi people, I had some feels.

First of all, we make it a point to talk to our daughter about how curly hair is great and a long blond braid is not necessary to be a true princess. Elsa’s whiteness is something that we’ve been managing for years. It doesn’t go away thanks to a strange plot twist, no matter how many consultants Disney hires.

Disney’s decision to connect her powers specifically to her Northuldra heritage racializes Elsa’s magic ... Disney comes quite close to evoking the premise Spike Lee called out in 2001 as America’s fascination with the “magical negro.”

The hiddenness of Anna and Elsa’s biracial identity touches on a long history of passing—either voluntarily or non-voluntarily—by many bi- and multi-racial people. What’s more troubling, however, is that Elsa appears to find answers to questions about her magical powers thanks to this newly revealed identity. No matter how positive Disney’s depiction of the Northuldra might be, it suggests that their relationship with a magical “enchanted forest” is fundamental and specific to that culture. Elsa’s ability to respond to this nature and control it is the source of her power. In fact, as Elsa discovers more and more about her own powers and her own family history, she becomes more magical. Here’s the problem: Disney’s decision to connect her powers specifically to her Northuldra heritage racializes Elsa’s magic. In an effort to positively portray a non-white culture, Disney comes quite close to evoking the premise Spike Lee called out in 2001 as America’s fascination with the “magical negro.”

I am not suggesting that any of this complexity was apparent to my daughter as she watched the movie. And I do not want to discount some sincere improvements. Other, more obvious, plot points offer means to think about righting the wrongs of our world in a way that I truly appreciate. The fact that Anna and Elsa must destroy what their grandfather created in order to save the world is, for example, revolutionary. (A recent Slate article suggested this was, in fact, a commentary on reparations.) We are also living in a time when the need to make drastic changes in order to right the injustice of the past is painfully obvious. The work required today to dismantle injustice involves, for most white people, siding against relatives in favor of fellow humans to whom they are not related. Anna destroys her grandfather’s dam, even though it might mean destroying her homeland. And yet—Anna and Elsa’s biological relationship to the Northuldra tempers the revolutionary nature of this act.

Is Disney suggesting that biracial people are somehow supposed to lead the way in the process of creating a better future?

Non-white people have the right to be ordinary. Positively depicting a culture doesn’t mean making people so good that they have some supernatural power that the rest of us don’t—that’s also dehumanizing.

Ultimately, Frozen II is a children’s movie about magical princesses, but the story it tells gives kids a template for imagining the future. The fact that the movie has powerful women acting alone—and not simply in search of love—is a huge step forward. The film passes the Bechdel test. And the fact that it shows complicated black characters as heroic actors is also fantastic. The positive ways that this informs our child’s imaginative play are obvious.

Yet, in Frozen II’s anxiety to do better by portraying the Northuldra in a positive light, Disney has stumbled into a trap of overcorrection. Non-white people have the right to be ordinary. Positively depicting a culture doesn’t mean making people so good that they have some supernatural power that the rest of us don’t—that’s also dehumanizing. Furthermore, recognizing the wrongs of the past—and having the power and will to act to change them—shouldn’t require a biological connection to those who were wronged.

Like many parents, my husband and I take the initiative in normalizing what our child experiences. For example, a large percentage of our friends have multiracial families and that has ensured that our child does not feel shame or isolation due to her identity.

Thankfully, building this type of community in our world today has not been difficult. On the other hand, we do still struggle to make sure that race doesn’t mean anything more than it has to. Our child isn’t more beautiful, more intelligent, or more powerful because of her heritage. People often suggest these things to us—and we make sure to correct them. Being biracial doesn’t mean that a person is somehow inferior—but it doesn’t mean that they have to be superior either. And it certainly doesn’t mean that they must have magical powers.

Lesley is the founder of Sagely (sagelycreative.com), a company specializing in effective communications and brand messaging. She holds a doctorate in literary analysis from Duke University and lives in Philadelphia with her husband and five-year-old child. You can follow her on Instagram @phillyblooms. More about Lesley S. > 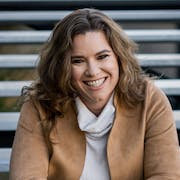