Supporting cross-racial friendships between kids: the lessons of "prejudice mindsets"

Young kids in racially diverse settings form cross racial friendships easily. But when they get to be around 10 years old, a great many of them start to self-segregate by race. Whether in the classroom or lunchroom, they segregate into racial groups reflecting the social divisions of the larger society.

A common assumption about why this happens has been that kids give up on friendships across race at that age due to an increase in racial bias. But a growing number of studies show that prejudice in kids actually remains stable or slightly declines during middle and late childhood. As such, elevated racial bias is unlikely to be the reason so many kids leave cross-race friendships as early tweens.

New research suggests that “prejudice mindsets,” specifically whether kids believe that racial biases in themselves and in people across racial groups are permanent or changeable, have a big influence on whether kids are willing to engage cross-racially. By 10, many children have gotten the message that racial bias is permanent, that you’re either “racist or not.” Harboring the belief that people can’t change, they hesitate to be in situations where they might be exposed as “racist” – exposed to themselves and others - or the target of racism.

These findings suggest particular strategies to support cross racial friendships among kids into elementary school and beyond. Watch the conversation about this exciting research and about what it means for how parents and educators can support kids. We're excited to be joined for this conversation by MarYam Hamedani and Kristin Pauker!

We will post the transcript and links from this conversation within the week.

MarYam Hamedani, Ph.D., is Managing Director and Senior Research Scientist at Stanford SPARQ—a behavioral science “do tank” at Stanford University that develops research-driven partnerships with industry leaders and changemakers to combat bias, reduce disparities, and drive culture change. Dr. Hamedani oversees the center’s team and projects, and works with practitioners in criminal justice, education, economic mobility, education, health, media, and technology. She is a social psychologist with expertise in culture, race, inequality, and organizational and societal change. More about MarYam > 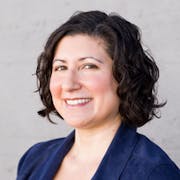 Kristin Pauker is a Professor of Psychology at the University of Hawai‘i and director of the ISP lab. She received her A.B. from Dartmouth College (2002), Ph.D. from Tufts University (2009), and completed postdoctoral study at Stanford University. Originally born and raised in Hawai‘i, she became fascinated with exploring how a person’s immediate environment and culturally-shaped theories about race impact basic social perception, social interactions, and stereotyping in childhood and throughout development. Dr. Pauker prioritizes research that can inform change and mitigate bias. More about Kristin > 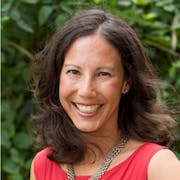