How to teach kids they don't belong… and how to teach them they do. My transracial adoption story. 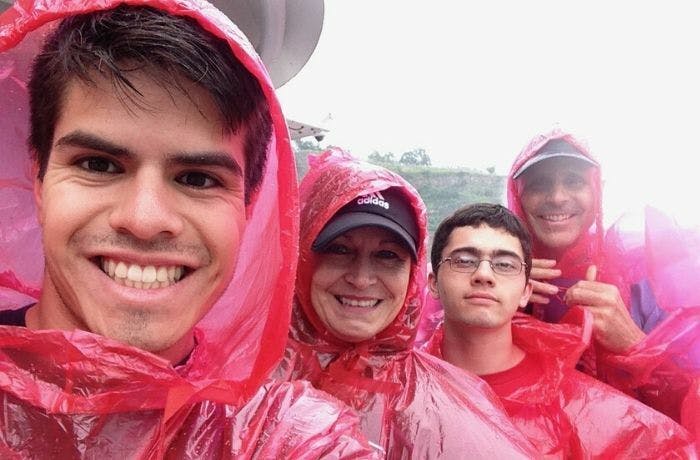 Author (left most) with his parents and his brother at Niagara Falls in 2014.

T​he class erupted into a familiar but tired applause while my classmate blushed, looking down at her feet as she returned to her seat. As the energy of the room dissipated, our teacher, with one hand fixed on her reading glasses and her eyes focused on finding the next name on her list, calmly rose her voice above the sounds of the middle school classroom and declared, “Andrew, you’re up!”

I nervously shuffled the necessary papers into my hand as I stood up, hyper aware of the few eyes watching me make my way up to the front of the room. As a fairly shy student, I could feel my face turning red as I stood in front of what seemed like a vast sea of classmates, my heart racing as I searched for the start of a presentation I could call my own.“So…this is my story,” I finally enunciated, knowing full well that the lie I was telling the class was only outdone by the betrayal I felt to myself.

I stood up in front of my classmates and teacher for seven minutes and told them about how my family’s ancestors came to America. I told about the struggles of my parents’ grandparents adjusting to a new country. I talked about the culture and rituals carried down from these Irish and Italian immigrants. I even talked about the pride in my family’s ancestors’ ethnic roots. Yet there was a problem. Their struggles were not mine. Their culture was not truly mine. And their ethnic roots were definitely not mine.

I told my classmates in painfully simple terms how my life would have been different had these immigrants not come to America; an attempt to mask the truth in something that my peers would deem acceptable to the point of not questioning the “validity” of the details I had communicated. I stood there and presented my ancestry project in a way that fit the mold of the assignment’s expectations, but not one that fit me. I painted a picture of an experience close to those of my classmates, one decidedly common among those presented in that almost exclusively white classroom, despite the fact that my true experience was anything but common.

This ancestry project was built on an assumption: all students lived with their biological parents who either completed or whose ancestors completed a voluntary journey from a foreign place to America ... 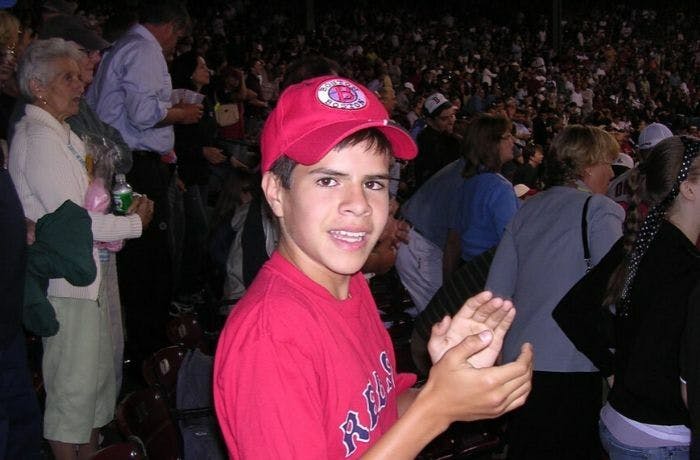 Author at a Red Sox game in 2008 while in seventh grade.

I was in seventh grade when I gave that oral presentation of my “ancestry project” to the rest of my social studies class. The goal of the project was to research and learn more about how each student’s family originally came to America. At thirteen I usually relished history projects. However, as an adopted child growing up with no biological relatives of my own, I knew the assignment made no space for my complex story.

The very focus of this assignment lent to its ability to systematically alienate individuals like me. While the focus on immigrant ancestors may have seemed blissfully harmless to those that could speak of ancestors on the Mayflower voyage or feel pride for sharing a celebrated ethnic heritage with their ancestors, for some students things were not so simple, nor as harmless.

I was adopted from Colombia as an infant by my mother and father, two white middle class Americans from the Boston area. I am a transracially adopted individual, as I am of mestizo descent, with both indigenous and European origins. I have been culturally raised as a son of white parents with a strong sense of Italian and Irish family traditions, but I still strongly identify with my Colombian roots and am proud to call myself Latino.

This ancestry project was built on an assumption: all students lived with their biological parents who either completed or whose ancestors completed a voluntary journey from a foreign place to America, thus creating an American origin story for each student. That dominant assumption goes unnoticed by many but is a clear message to those of us whose stories don’t fit.

In my case, I have no “ancestors come to America” origin story. I am the first of my biological family to come to America, but I am an atypical immigrant. I was an infant, a child immediately immersed into a family that long ago became firmly established in America. I had no immigrant family members, and my young age allowed me to grow accustomed to life in America without having to readjust from life in my birth country.

​While my transracial adoptive identity has presented me with many specific challenges, I have also possessed the privilege to grow up considering America to be my first true home. As I had no real way of translating my story into one that would fit the narrow focus of the project, I was forced to ignore whole parts of my identity in order to present something acceptable and complete the project.

I share my story because my experience of not belonging is not unique. Millions of people in America and around the world frequently experience the feeling of being “other” in their daily lives. The forces behind such marginalization are known as otherism, which is defined as the exclusion of a person or group based on perceived diversions from an acceptable norm.

Society creates perceptions and expectations of what is “normal” and “acceptable.” Such norms typically form based on characteristics and behaviors of the dominant identity groups of society. Individuals that do not always fit into those categorizations become labeled as outsiders, and with such label comes a degree of assigned inferiority in the eyes of society.

Families raising children of color understand the implications of otherism on race and racism. In America, white skin is normal, and thus a premium is placed on being white. Anything else is a deviation from whiteness; anything else is less normal than white, which in society’s eyes too often means less desirable. Our institutions, from our police to our schools, play a central role in upholding these social norms and perpetuating the othering of people of color and other marginalized individuals.
​
At its worst, otherism has the potential to reveal some of the darkest aspects of our nature. We need look no further than the rhetoric of the 2016 presidential election to see how damaging otherism can be to entire societies. The winning candidate in particular has frequently engaged in coded (and sometimes explicit) language to cast Latinos, black people, Muslims, women, immigrants, disabled individuals and many more groups as “others” who do not belong in America. Make no mistake: otherism is dangerous.

How do we help children and families who continue to be othered? While the schools I attended did not generally make space for my experience as a transracial adoptee, my parents did and my experience as their child is illuminating.
My parents have done an incredible job at normalizing my adoptive identity, from the moment I became part of their family to now. They made sure that I understood that while adoption was less common than growing up with biologically-related parents, it was in no way less normal. They framed the Latino identity no one else in my family shared as “unique” rather than “different”, and taught me that such uniqueness was to be celebrated. By normalizing my identity from day one, my parents helped me become more resilient to outside attempts to invalidate my conception of who I was.

I think back to the seventh grade and imagine that my teacher thought she was promoting tolerance of difference with the family ancestry assignment. Even today the call for “increased tolerance” is commonplace. Did a well-intentioned educator effectively erase complex American histories like mine — as well as the American histories of whole groups of people — in the name of “increased tolerance?”
Let me be clear: tolerance alone will not defeat the forces of otherism. Tolerance requires little more than simply not rejecting others. Tolerance does not require us to actively combat otherism and all forms of hate and oppression.

Writer, student, and son vowing to never stop fighting for justice and peace for all human beings, to leave this world better than how I found it. More about Andrew > 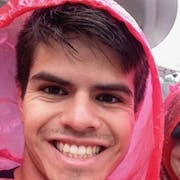