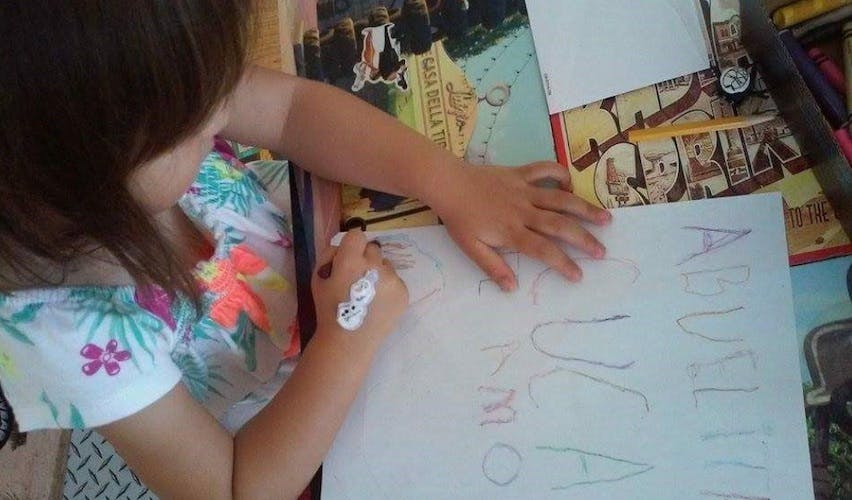 Yuvasi practicing her Spanish alphabet while writing a letter to grandma.

My four-year-old daughter, Yuvasi, knows she’s different. She speaks two languages, Spanish at home and English when we step outside the door, although there are precious moments when she gets to use her Spanish with other bilingual kids and parents, as well as with people who want to practice the few phrases they learned in high school.
​
My daughter knows being bilingual is super special, and she’ll tell you so. We have taught her she’s special to be able to speak two languages, and that mom and dad understand four or five. It is our way of trying desperately to ingrain our ancestors’ language in her identity because, for our Latino family, language is everything. It’s more important than our arroz con pollo, and that’s saying a lot!Spanish is not only our language, it’s how we express our love for each other. Te amo is not the same as I love you because those were the first words I uttered to Yuvasi when she was born: Te amo, mija. Our humor is different in Spanish because it is infused with double meanings, an art in itself that’s hard to explain unless you’re familiar with the Argentinian comedy group Les Luthiers. 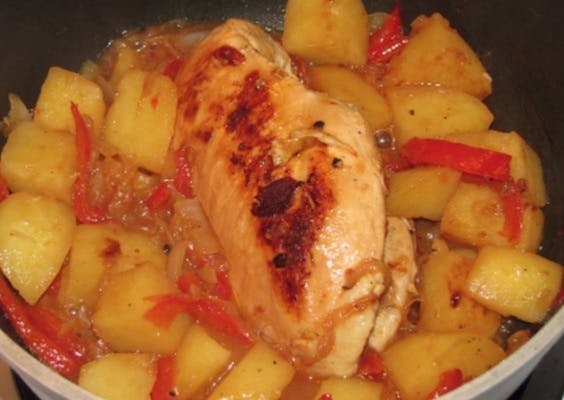 Spanish is who we are and how we relate to other people. For us, Howdy or Good morning just don’t “feel” like Buenas vecina. Those two words in our Latino neighborhood in Salem, Massachusetts become a mutual recognition of difference and struggle, of migration and longing, of fear and pride, of harmless chisme (gossip).

And it’s proven scientifically — our views of the world change depending on the language we speak. Plus, being multilingual is good exercise for your brain and protective against dementia later in life.

However, I have a very deep-seated fear of Yuvasi rejecting our language as she grows up. It is a fear based on the fact that my four nieces and nephews born in the United States no longer speak Spanish. The oldest ones struggle even to understand it. The younger ones refuse to speak it at home, although they’ll give in — a little — when abuelita talks to them in Spanish.

The oldest ones, both in high school , regret not being fluent in Spanish, even complaining to their parents about it. But I see them struggling between wanting to learn it and not wanting to appear different from their monolingual, English-speaking friends. Spanish is a foreign language to them.
​
English is Yuvasi’s second language. She was born in Ecuador and moved to the US with us about a year ago. She’s already practically fluent in English, although she prefers for us to read to her and watch her favorite TV shows in Spanish. She starts preschool in September, and I’m already dreading the struggle to teach her to hold on to her native tongue. En casa hablamos español, mija. At home, we speak Spanish, sweetie. 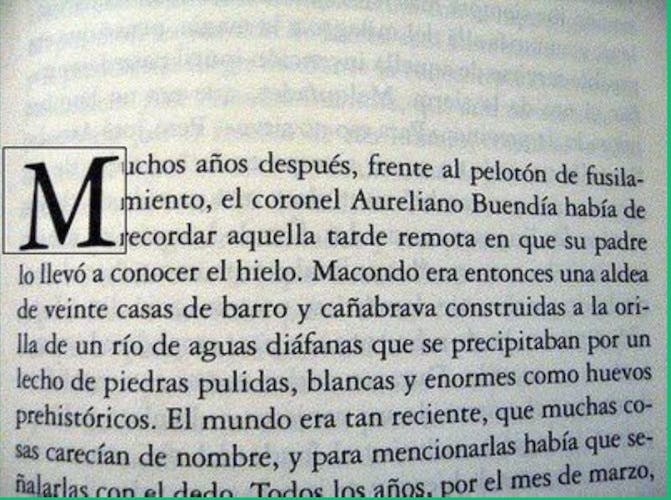 The first line of Cien Años de Soledad is one of the most famous in Latin American literature.

Of course there’re lots of how-to articles on how to raise multilingual children, and one of the less scientific tricks is to “force” your kid to communicate strictly in their native language at home. But seriously, it’s about so much more than being technically bilingual.

I want Yuvasi to feel pride in her bilingual super powers. Pride in being able to roll her tongue when saying chimichurri. Pride in who we are, where we come from, the Andes mountains, our Pachamama (Mother Earth), the great vastness and intricacies of Mexico.

I want her to be able to read Gabriel García Márquez’s Cien Años de Soledad in Spanish one day, which means we’ll have to teach her to read and write in Spanish. Finding picture books in Spanish is not that easy; we’ll have to build our own library. Just today we were making up funny sentences: El pato se rasca el poto con la pata. ¿Con la gata? No, con la pata. ¡Ja!

There is lots of work ahead of us and, yes, the school she goes to and the neighborhood we live in will both shape what it means for my daughter to be bilingual and Latina. And, I hope, proudly so.​

I am a multimedia journalist with a focus on human rights, social movements, indigenous people, and Latin America. More about Sofía > 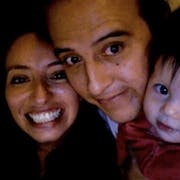