Fear of a Black Mermaid 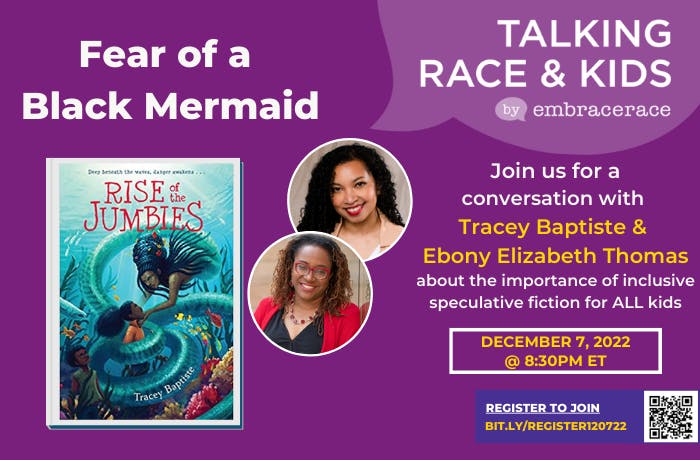 The latest Little Mermaid movie, starring Halle Bailey, won’t be released until 2023 and already there have been waves of protest about a Black actor being cast for what the outraged consider a “White" role. The same happened when Black actors were cast for the roles of "Rue" in The Hunger Games movie and "Hermione Granger" in Harry Potter and the Cursed Child on Broadway, and when the Amazon series, The Ring of Power, featured a multiracial cast in JRR Tolkien's Middle Earth.

Why so much energy spent arguing whether a mermaid can be Black? Does casting a Black Ariel make it a "Black story"? And why is speculative fiction (and some of its fans) – a genre that includes fantasy, science fiction, and horror – so eager to subvert some conventions but so resistant to subverting others, including those related to race and ethnicity?

Join us for a conversation about the importance of inclusive speculative fiction for young people - and all of us. What's at stake in the use of speculative fiction to nurture kids' imaginations and how do we do that work? We’re delighted to be joined by Tracey Baptiste and Ebony Elizabeth Thomas. They will also share kidlit recommendations!

As always, be sure to come with your comments and questions.

Tracey Baptiste (she/her) is a New York Times bestselling author of books for children. Best known for The Jumbies trilogy, she has written over twenty fiction, nonfiction and graphic novels for readers from preschool to young adult. Tracey is a former elementary school teacher and is currently on the faculty at Lesley University’s Creative Writing MFA program. Her last name is pronounced buhTEEST. More about Tracey > 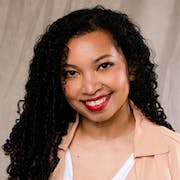 Ebony Elizabeth Thomas, PhD (she/her) is Associate Professor in the Joint Program in English and Education at the University of Michigan’s School of Education. A notable expert on diversity in children's and young adult literature, she is the award-winning author of The Dark Fantastic: Race and the Imagination from Harry Potter to the Hunger Games (NYU Press, 2019). Her most recent book is Harry Potter and the Other: Race, Justice, and Difference in the Wizarding World (University Press of Mississippi, 2022), co-edited with Sarah Park Dahlen. More about Ebony Elizabeth > 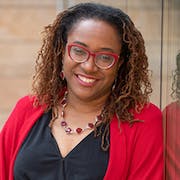