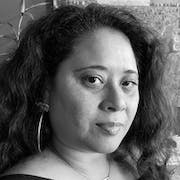 (opens in a new tab) education.illinois.edu/faculty/adrienne-dixson

Dr. Adrienne Dixson is a Professor of Education Policy, Organization and Leadership at University of Illinois Urbana-Champaign. Her research primarily focuses on how race, class and gender intersect and impact educational equity in urban schooling contexts. She locates her research within two theoretical frameworks: Critical Race Theory (CRT) and Black feminist theories. Dr. Dixson and her colleague, Celia K. Rousseau-Anderson, edited CRT in Education: All God's Children Got a Song (2006, Routledge), which was one of the first book-length texts on CRT in education. She is also a co-editor of the Handbook of Critical Race Theory and Education. Most recently, Dr. Dixson is interested in how educational equity is mediated by school reform policies in the urban south. Specifically, she is interested in school reform in post-Katrina New Orleans, how local actors make sense of and experience those reform policies, and how those policies become or are "racialized." Dr. Dixson is the recipient of multiple awards and honors for her research on CRT. She was recognized in Rick Hess Straight Up Edu-Scholar Public Influence Rankings in 2021 and 2022 in the top 200 education scholars in the country. In 2021, Dr. Dixson was inducted as a Fellow in the American Educational Research Association.