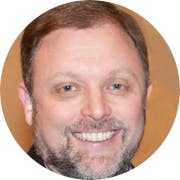 Tim Wise is among the most prominent anti-racist writers and educators in the United States. Named one of “25 Visionaries Who are Changing Your World,” by Utne Reader, Wise has spoken in all 50 states, on over 800 college and high school campuses, and to community groups across the nation. Wise is the author of six books, including his latest, "Dear White America: Letter to a New Minority" (City Lights Books) and his highly acclaimed memoir, "White Like Me: Reflections on Race from a Privileged Son." Wise has appeared on hundreds of radio and television programs, is a regular contributor to discussions about race on CNN, and has been featured on ABC’s 20/20. He graduated from Tulane University in 1990 and received anti-racism training from the People’s Institute for Survival and Beyond, in New Orleans.