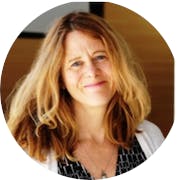 Susan Eaton is Director of the Sillerman Center for the Advancement of Philanthropy at the Heller School, which engages funders and their advisors, socially concerned scholars and non-profit practitioners to increase and enhance grantmaking to social justice causes. Susan is also Professor of the Practice at the Heller School and an Adjunct Lecturer at the Harvard Graduate School of Education. Susan is an author, most recently, of Integration Nation: Immigrants, Refugees and America at Its Best (The New Press, 2016) and the critically acclaimed, The Children In Room E4: American Education on Trial (Algonquin, 2007). Previously, Susan was research director at the Charles Hamilton Houston Institute for Race and Justice at Harvard Law School, where she founded and co-directed the storytelling project One Nation Indivisible, which amplifies the voices and work of people creating and sustaining racially, culturally and linguistically integrated schools and other social institutions. Susan holds a doctorate in Education from the Harvard Graduate School of Education.