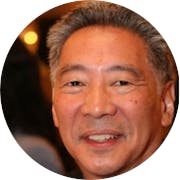 Michael Omi is the co-author of Racial Formation in the United States, a groundbreaking work that transformed how we understand the social and historical forces that give race its changing meaning over time and place. Since 1995, he has been the co-editor of the book series on Asian American History and Culture at Temple University Press. From 1999 to 2008, he served as a member and chair of the Daniel E. Koshland Committee for Civic Unity at the San Francisco Foundation. Since 2002, he has served on the Project Advisory Board on “Race and Human Variation” for the American Anthropological Association that resulted in the current traveling museum exhibit, Race: Are We So Different?. At Berkeley, he served as the Associate Director of the Haas Institute for a Fair and Inclusive Society (HIFIS), and is an affiliated faculty member of Sociology and Gender & Women's Studies. Michael Omi is a recipient of UC Berkeley’s Distinguished Teaching Award --- an honor bestowed on only 240 Berkeley faculty members since the award’s inception in 1959.