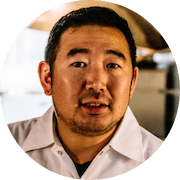 Chef Danny Lee is EmbraceRace’s Culinary Ambassador. He is also a renowned chef and co-owner of the Washington D.C. award-winning restaurants Anju, Chiko (also in CA), and Mandu.

Early in the COVID pandemic, Danny was troubled by the sharp uptick in anti-Asian hate he saw in his hometown of DC and nationally. Many prominent individuals called COVID the “Chinese virus” and “Kung flu,” terms repeated and lobbed against Asians and Asian Americans across the country. When the rhetoric led to violence – robberies, stabbings, a mass shooting - Danny was beside himself.

Initially, looking for ways to help only increased his dismay: “Different ethnic communities were calling each other out for lack of support throughout the years … To me that’s how the system was built—for us to argue with each other instead of coming together to fight the overall problem of racism. I thought it was important to host a dinner and identify a charitable organization that showcases unity in our diversity.”

Danny reached out to EmbraceRace in early 2021. He wanted to use his platform to support our work while speaking out against racial violence and intimidation against communities of color. Danny and team eventually hosted a multi-course fundraiser at his Anju restaurant, featuring a line-up of top chefs from diverse ethnic and food traditions. Since then, they have held several fundraising events for EmbraceRace and have more planned. Other restaurateurs and food influencers have followed his lead across the country. We are humbled and honored by the support.

We honor Danny Lee here for his ever-timely reminder about the importance of using whatever platform we have to create the social change we seek. You inspire us, Danny!

"We are the ones we've been waiting for. We are the change that we seek." - Barack Obama.

This quote reminds Danny to continue to be active and vocal in his community and through his platforms. Danny is also inspired by his wife, Natalie, who continues to engage in conversation with Danny on matters of social injustice and bias.