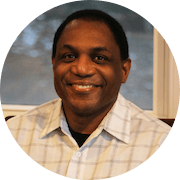 As co-founder and co-director, Andrew (he/him) leads efforts to support parents, educators and other caregivers to raise children who are thoughtful, informed and brave about race.

Andrew is dad to Lola and Lena, a partner to Melissa, an only child, a long-time racial justice guy, a Black man of Jamaican origins in the United States, born on the 4th of July.

His main commitments are to promoting racial and social justice and he is grateful to have worked with or otherwise had his thinking shaped by such brilliant, fierce advocates as Michelle Alexander, Cathy Cohen, Angela Davis, Christopher Edley, Gary Orfield, bell hooks and john powell. In stops that include the Harvard Civil Rights Project, the Kirwan Institute for the Study of Race & Ethnicity, and the Proteus Fund, he has worked on issues from mass incarceration to PK-12 educational segregation, immigration to death penalty abolition, race and redistricting to structural racialization. Through it all, and now at EmbraceRace, he champions efforts he believes can make a meaningful difference for real people and communities - not 100 years from now, but in his lifetime and the lifetimes of his two tween children.

For more of the details about his professional work, check out Andrew’s LinkedIn page.

“I am neither an optimist nor pessimist, but a possibilist.” - Max Lerner