Why We Don't Wear Mohawks

A Conversation about Who We Are and Cultural Appropriation with My 7-Year Old. 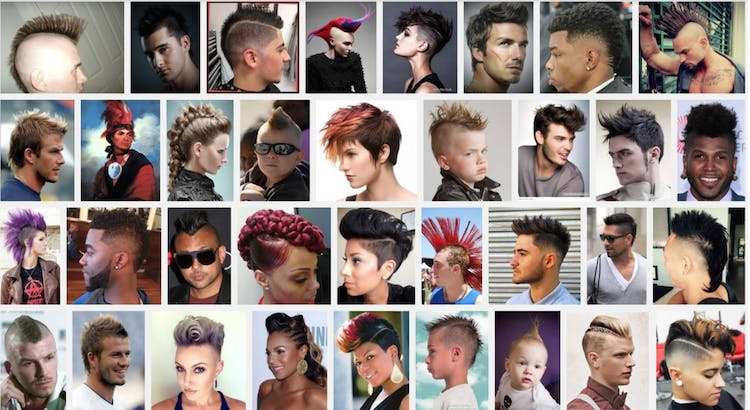 EmbraceRace found these photos on the basis of a Google search for “Mohawks.” We understand that some of the styles shown in fact may not qualify. We would have preferred to use photos of young Kanien’kehá:ka men here, but were unable to find any that were permissible to use.

My son and I live two blocks from the end of one of the subway lines in Dorchester, Boston. Our neighborhood is full of people of many races and cultures. The hairstyles we can see in one day are amazing in their diversity and detail. So when my son asked if he could cut his hair into a mohawk about a year ago, I wasn’t surprised.

We see a lot of different versions of the mohawk: young African American women who’ve combed up the sides and combed out the top of their hair; first generation Irish American boys with the shaved sides and the tops gelled up; Black men with locks or braids intricately twisted up along the top of their heads; West African young men with detailed designs shaved on the sides and short locks on top; Vietnamese American young men with cut and styled hair. My son and I look much more like our Scottish-Irish and German ancestors then we do our Persian and Italian ancestors. In raising him in a multiracial neighborhood and extended family, I’ve always tried to be clear about what aspects of culture are ours, what are ones we are invited into sharing with others, and what belong to others and how we can show respect for all of it. 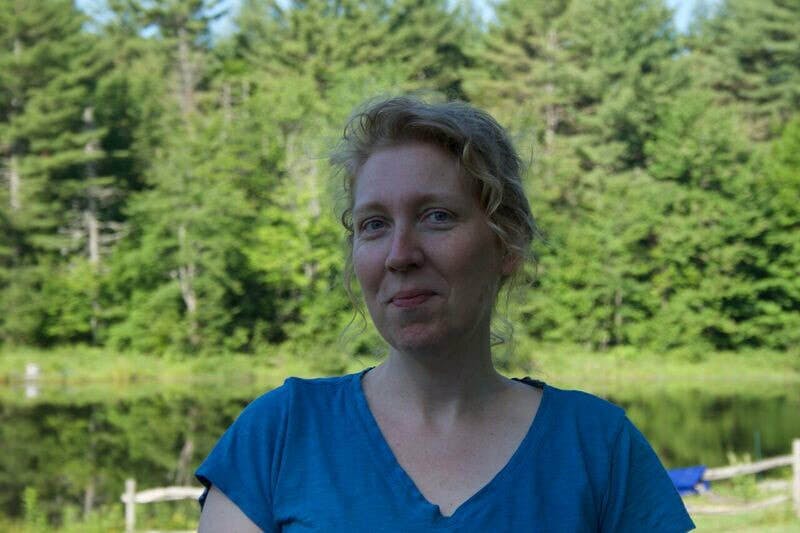 This has meant explicitly helping him navigate the code switching of different places and people.

For example, in our Quaker community, kids call adults by their first name, it is normal to invite people to share their pronouns, and titles are never used nor a gender assumed.

Yet he knows that he must use “Mr.” and “Ms.” when referring to most of the adults of color in our life, and that reading cues about gender and making an assumption are sometimes more appropriate than forgoing the title. And then there are some white adults for whom we must use the title, and others who will invite him not to. We are working on the nuances while practicing the mainstays of how to be fully who we are and respectful of those we encounter at the same time.

My son having a mohawk felt like cultural appropriation to me — taking an aspect of another’s culture and using it for one’s own benefit or enjoyment, without consent or context.

I shared this with my son, but then suggested that we check this assumption. We reached out to several friends and friends of friends who are Kanien’kehá:ka (the people many of us incorrectly refer to as Mohawk), Native American, or First Nations. The response was resounding and clear: the hairstyle known to us as the mohawk is a style specific to young, warrior men charged with protecting the tribe. For anyone else to wear it is disrespectful and offensive.

I could have stopped there in my conversation with my son — we thought it might be disrespectful, we checked, it is, and so we are not going to do it. That would have been fine and a good modeling of cultural consent. However, as a history teacher, I know there is often more to where things come from and that history can help us understand how we came to the place we are today. So we did some research.

This mostly looked like me finding the history and then telling it to my son in small, accessible chunks. We drew some pictures, looked at some maps, made a timeline, and talked about it over a month. Here is what we learned:

The style of hair cut that most of us think of when we hear “Mohawk” does come from the Kanien’kehá:ka people. It was — and is — the style worn by the young men charged with protection of the tribe.

In the first centuries of the European and then white colonization of what we now call the Northeast United States, European and white settlers engaged in violent terrorism against Native Peoples, whose land and resources they sought.

Often, monetary rewards were given to settlers for scalps proving that a Native person had been killed, or at least severely brutalized. Those of the young men brought more money, as they targeted the warrior protectors of the tribes. In response, these young men made their hairstyles more elaborate and more pronounced as a way of drawing off raiding whites from the rest of the tribe. They used their hair — and the value it represented — to protect their people from the invading forces. In this context, it is even more clear that my white son and I could never wear that hairstyle.

I looked some more, wanting to know why scalping was so prominent in our history. Turns out, this practice that I had always been taught was unique to our U.S. history is not.

US popular culture has promoted the idea that “scalping” was primarily a (brutal) Native practice. In fact, it was a European import to the white colonies of what become the US. 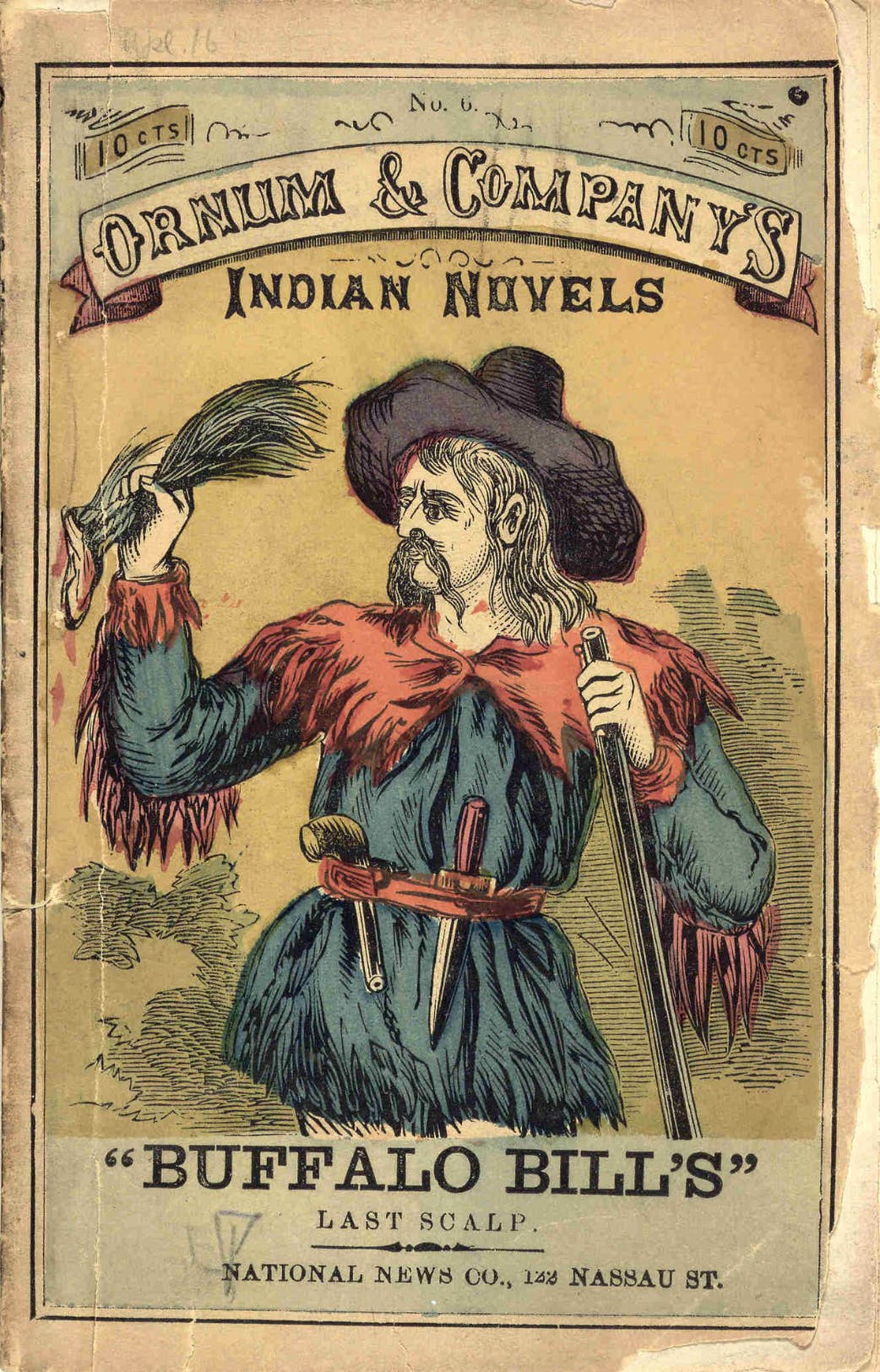 US popular culture has promoted the idea that “scalping” was primarily a (brutal) Native practice. In fact, it was a European import to the white colonies of what become the US.

When the British used Scottish settlers to invade and control Ireland in the 1600’s, they first decapitated the elder men of the conquered families and placed their heads along the path to the leadership’s tent. This meant that families coming to petition for the release of their husbands and sons had to walk past the heads of their uncles and fathers.

When this practice became too much to manage, the English rulers changed the practice to simply scalping the murdered men and displaying their scalps. Scalping has long been a white practice of physical and psychological warfare.[1]

In learning this history, I was given the opportunity to do what I think all white people need to step up to: honor our ancestors who endured and survived horrible things while also taking responsibility for those ancestors who enacted the terror and violence on others.

I didn’t go into gory details with my son, but we did talk about how killing and scalping had been used by our English and Scottish ancestors against our Irish ancestors. And then how all those ancestors used that practice against the people indigenous to this land, land we are complicit in colonizing today.

Of course, my son asked me if it was OK for people of color who are not Native American to wear a mohawk. We looked back at what we’d heard from Native Elders and talked about the fact that we aren’t called to make that judgment; we are called to own our own history, be aware of it, and honor the suffering of the past by seeking justice in the present.

I invited my son to think of some white people we knew who he thought were good people and people who were doing something to make the world a better place and emulate one of their hair styles. It took him a few minutes to choose a 17 year-old friend who he knew had a multiracial group of friends and had done some student organizing against school budget cuts.

A few weeks ago, we passed a truly spectacular mohawk hairdo on the street and he asked me again if he could get a mohawk. “Do you remember why we aren’t going to wear mohawks?” I asked. “Oh, yeah, our ancestor hurt people and took land. That hair is about the Indigenous people protecting their families . . . Can I dye it?” We’re still working on the nuances.

Steps to Talking about Cultural Appropriation with Younger Kids:

1) Name your assumption about what might be cultural appropriation and then check that assumption. Engage your kids in this process.

2) Social media and networks, along with cultural organizations, can be a great way to seek cultural information without button-holing someone into being your personal representative of their cultural group.

3) Share the information you learn with your kids in short, accessible bites.

This can be as simple as, “Hey, listen to how this person answered our question” or taking 5 minutes in the car to tell a bit of history or doing an image search online before bed and then talking about what you saw (searches for hairstyles from the 17th and 18th century Prussia yielded some great conversation starters).

4) Name, out loud, the different aspects of your culture you love and value and where they come from.

Ask your kids what aspects of your culture they love.

5) When your child expresses a wish to take some aspect of another’s culture, listen for what they are most interested in.

Seek out alternatives from within your cultural heritage and talk about why it is inappropriate to take from someone else’s culture.

What are the spoken and unspoken rules here? How do we know? How can we best show respect?

Glossing over reality to protect “innocence” only protects white supremacy and denial. Pay attention to how your child is responding; the goal is to engage, not overwhelm. Share out loud how you hold a hard truth or history (“When I get really sad or angry about what some of our ancestors did, I think about Grandma and all the ways that she works to take care of other people. What are some of those ways?”).

8) Attend public events or ones held by friends in which you are invited into a cultural practice different from your own.

Talk about the difference between taking something without permission and being invited to witness, learn about, or share in cultural practices and traditions. 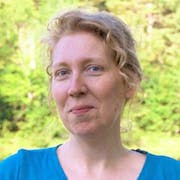