An early moment of standing up

An audio story by Max Alaghband 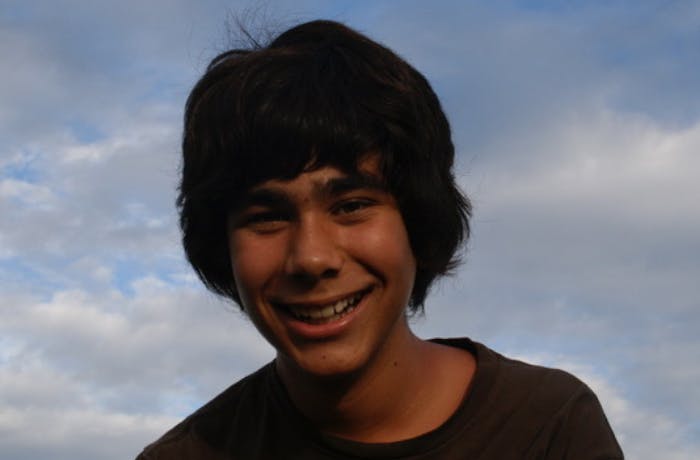 EmbraceRace · An early moment of standing up by Max Alaghband

It's another sunny, clear Southern California morning and I'm in my mom's new crossover minivan on my way to school. The 25-minute drive takes us from our gated community in Newport Beach, through the concrete jungle of the 55 Freeway and into Costa Mesa ... where in the morning, sometimes the strip malls, the stores have metal on the windows, and the billboards are sometimes in Spanish, and the houses don't all look the same.

I'm in eighth grade at the Waldorf School of Orange County in Costa Mesa. I was finally one of the oldest kids on campus, and ready to leave the 13 kids that I'd been in school with since third grade, and move on to high school. At our "progressive" K through eight, our hippy haven of crocheting and garden gnomes had been shattered by middle school hormones and MySpace.

I still remember my first profile picture. I'm pensively looking off into the corner, and I have this wavy brunette wig with blonde highlights that I'd worn for Halloween as a surfer dude, which was the opposite of who I was. I was always the last picked in PE class. It was a hit. It even had this like black and white filter, super dramatic. It was great. At least I thought so. PICKUP

Along with those changes though, also came the classed realities of racism. There had always been like a handful of us with non-White heritage over the years, but when I look at my eighth-grade class photo, I see four or five of us brunettes, mostly mixed-Latinx backgrounds among a sea of blondes. But honestly, race never seemed like an issue in our class. I mean we had known each other for so long. We were like family.

That is until the Mexican jokes started. And they would just pop up out of nowhere. Like one day I'm sitting at the table eating my turkey sandwich, and I hear David snickering across the blacktop. "I wonder how dumb a Mexican would sound if he asked a girl out?" His blue eyes were sparkling. I then saw as he went on to impersonate "a Mexican" ask a girl out. As my longtime crush, the blonde Crystal Bianchi, and my main competition skater dude, Nick Collins, chuckled along. I couldn't take it anymore. I went up to David. "Your parents are from Argentina. They speak Spanish. They have accents. Why do you think a Mexican would sound any different than your dad did when he asked your mom out?"

I was met with a dismissive huff and I knew I probably hadn't changed anything, but at least I had said my piece.

My parents seemed to live the American dream. My dad was an Iranian immigrant tech entrepreneur and my mom, a Chicanx literature professor in training. And while there were many examples of success in the Iranian community where I lived, most of the other Mexicans I saw or Latinx folks were working in restaurants, gardening crews, or as domestic workers.

I couldn't speak much Farsi because my dad never taught me, except for the names of the delicious foods that my grandma Zeba June would make us on Sundays, but I felt confident in Spanish. My mom taught me Spanish growing up as she reconnected with her own heritage as a mixed-race Chicana. She would sing me lullaby's in Spanish, read us Mexican folk tales. She made delicious Mexican meals, and my aunt's favorite escabeche - even for my Persian family - and even took us to Mexico City when I was seven.

Race, social issues, politics, these were common dinner table conversations in my house and my mom always made it a point to talk with respect, cariño and in Spanish to fellow gente no matter how White or snooty the people around us were. I was proud to be Mexican. "Los gringos would never work as hard as Los Mexicanos," My step grandpa told me as I laid in my Mexican American grandma's warm brown arms. "They taught me a lot when I came to the US from Argentina and was working in the restaurants."

But to my classmates, at least according to the jokes that they found so funny, "Mexican" was almost synonymous with dirty, illegal, poor, stupid.

Later in the year, I remember Ms. Garcia, our homeroom teacher, asking us how we felt about the looming transition to high school. After a few sentimental shares, it was Crystal's turn. I started to feel my heart beat, a classic confusing middle school mix of attraction, heartbreak, and resentment. "Honestly, I can't even think about graduation right now. It's stressing me out, and it's been so difficult at home. My dad is so stressed out. He's working these two jobs just to make ends meet and pay tuition. It's been hard."

I felt my jaw clench. I remembered Crystal's snickering face laughing at one of David's stupid beaner jokes. I couldn't take it anymore!

"Well, how do you think the Mexican families you guys keep making fun of feel?" I blurted out. "They have to work so hard at multiple jobs just to survive out here, just like your dad." Crystal turned around and looked at me. I remember the cold look in her flat brown eyes. "Don't compare my dad to a Mexican."

I looked down and saw my arms shaking, feeling tears well up around my eyes. I was scared. I'd never felt this way before. How could they talk about these people, my people, like that? Didn't they see that we were all just people?

I know that Ms. Garcia said something to smooth the situation over but I don't really remember much. What I do remember though is my friend Lily. She came up to me after we broke for lunch, and she put her hand on my shoulder, and looked me in the eyes, "Max, are you okay?" I nodded unconvincingly and looked away. "Look, I get it. I've been there. I remember, you know, this one time these kids were saying these anti-Semitic jokes, and they were saying we needed another Holocaust, and I got so mad. I started crying and shaking too. I know how you feel." She gave me a hug. The kids in my class, they didn't really change their tune after that, but Lily and I were even closer. We had this experience of standing up for ourselves, our communities, and what we knew was right. That brought us together.

I'm still learning what it means to practice anti-racism and to do it skillfully, but when I look back at this experience, I see that it's one of many where I was willing to put myself on the line for what I believed was right for my dignity and for that of those who were made invisible, even if no one else seems to care.

When I'm brave enough to leave the comfort of privilege, it can still feel just as intense and emotional as it did that day. But I know that I'm called to lean into this more and more for my own dignity, for my own integrity, and for the sake of the world that I want to live in.

Max is the son of an Iranian immigrant father and a mixed-race Chicana mother. Max grew up in Southern California but currently lives in Amherst, MA, where he works in social justice philanthropy, teaches yoga, and designs products and workshops that help folks integrate mindfulness and leadership into their lives and workplaces. More about Max > 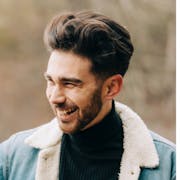